Yahya Abdul-Mateen II: Watchmen made a lot of people uncomfortable 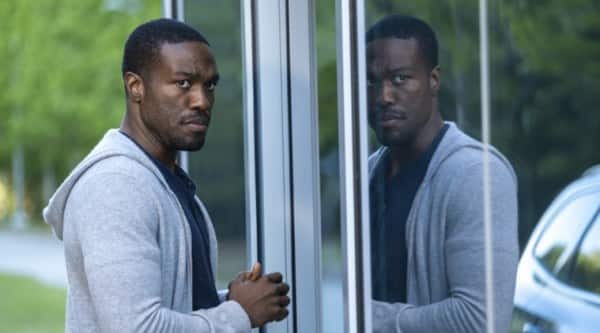 Yahya Abdul-Mateen II in a still from Watchmen. (Photo: HBO)

Actor Yahya Abdul-Mateen II has spoken about the relevance of the HBO series Watchmen, in which he played a significant role. While speaking to Deadline, Abdul-Mateen II said, “One could look at it right now and the impulse is to say, “Man, Watchmen was right on time.” Or maybe, “Watchmen was ahead of its time.” But the truth is that, if we look at history, our Watchmen is probably 50 or 60 years late.”

Created by Damon Lindelof, Watchmen was the sequel to the iconic eponymous graphic novel by Alan More and Dave Gibbons. Just like how Moore confronted the contemporary social and political issues in the United States in the late 1980s, Lindelof’s Watchmen dealt with the present concerns: chiefly white supremacy and systemic racism.

The event at the centre of Lindelof’s take on Watchmen was the Tulsa race massacre, the mostly forgotten incident in which a white mob attacked black residents and businesses. At least 36 people died and hundreds were injured.

The United States is currently undergoing civil unrest following the death of a black man called George Floyd . Floyd died after a white Minneapolis police officer pressed his knee into the former’s neck even as he begged for air. The incident brought into question the regularly harsh treatment of members of the black community at the hands of white cops.

“I think our Watchmen was needed because we talked about those issues head-on, in a way that did make a lot of people uncomfortable. I’m very proud of being part of a show that had the dialogues that made people uncomfortable, in the ways that is important for us, as a society, to be uncomfortable, and to look at our own selves, so that we can get back on the right path and start to heal, and start to weed out the bad apples, in a sense,” Yahya Abdul-Mateen II added.