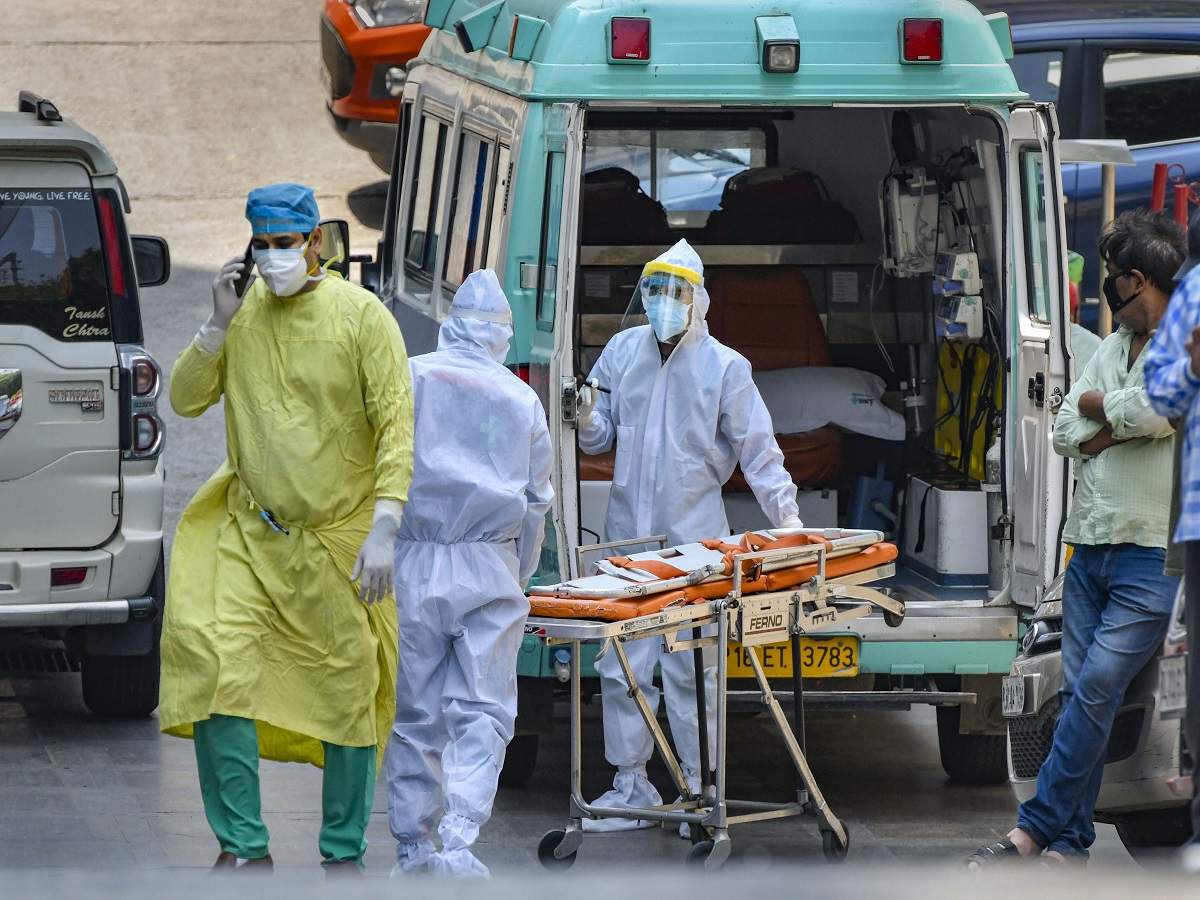 New Delhi: In a presentation to the 15th Finance Commission on Tuesday, the World Bank is learnt to have flagged “fault lines” in India’s health system that have been exposed due to Covid-19.

While acknowledging the “significant progress” made in India’s health system over the years, the World Bank Group on Health, Nutrition and Population is said to have noted in its presentation that there were “large, persistent health gaps among states” and that Covid-19 had exposed those.

The finance commission is consulting the World Bank ahead of deciding the allocation of funds for the health sector. Commission chairman NK Singh has already announced that a special chapter would for the first time be included in its report on health and that an increased fund allocation was in the offing.

The bank’s presentation is learnt to have pointed to insufficient focus on core public health functions like disease surveillance, testing and contact tracing; weaknesses in service delivery despite improvements in access, high variations in quality of care, inadequate attention to urban health systems and in municipalities, besides weak public financing for health.

India’s government health spending at a little over 1% of gross domestic product is among the lowest in the world.

The high levels of out-of-pocket financing for health is pointed out as a risk factor for impoverishment — the presentation pointed out that 60 million Indians were pushed into poverty annually as a result of high spending on healthcare.

The World Bank group’s report also noted the “collateral damage” that non-Covid healthcare had suffered amid the pandemic.

While 90% of those reporting an ailment seek outside medical advice in normal times, during the lockdown only about 40% did so, it pointed out.

It added that hospitalisation among the poor as seen through the PM-Jan Arogya Yojana programme showed a decline of 64% during the early lockdown and 51% during the full 10 weeks. There was a 25% fall in deliveries at hospitals and a 64% decline in cancer care.

Tuberculosis notification in April 2020 was 84% lower than in April 2019. The presentation said one recent study estimated 95,000 additional TB deaths over the next five years due to the collateral effects of Covid-19.

On the pandemic’s impact on the economy, the WB team said the economic costs in India was projected to be among the highest in Asia, surpassing China where the novel coronavirus was first discovered. 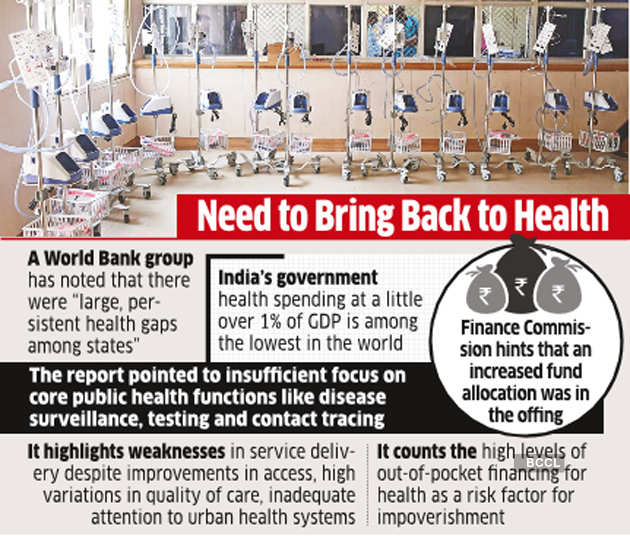 “Poverty rates are expected to increase, those in the informal sector and rural migrants are expected to be some of the worst hit” besides adverse impact expected in education, tourism, hospitality, trade, etc., it said.

It observed that while “some states have health outcomes similar to Sub-Saharan Africa” and others resembling East Asia, there had been little or no convergence between India’s leading and lagging states between 2005 and 2016.

The only positive convergence is seen in immunisation coverage and institutional births.

Pointing to India’s demographic dividend alongside increase in population of senior citizens, the report called for big investments towards ensuring good health for adolescents and children besides chronic disease, elder care and social security.

The additional burden of obesity, climate change, air pollution and urbanisation will also have to be borne.

Citing International Monetary Fund Data, it said per capita GDP was projected to decline by 6% in India, “one of the largest contractions the country has ever seen”. An expansion in overall deficit besides a revenue contraction of about 2% of GDP is also expected.