Why Premier League is beset by a rash of muscle injuries? 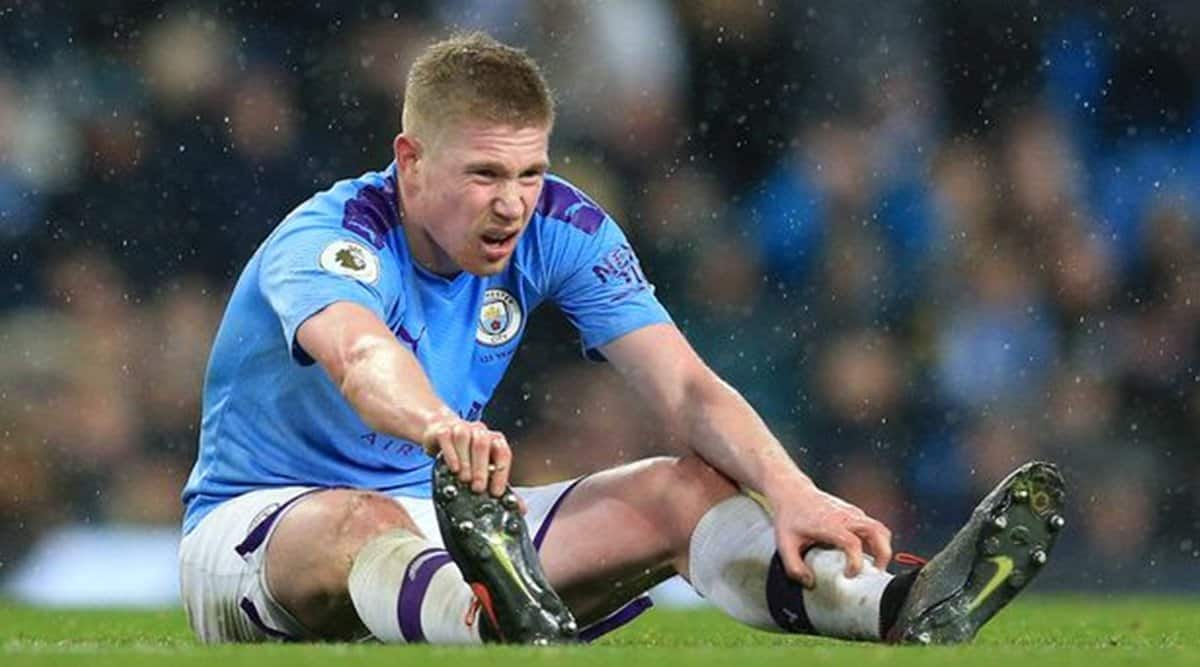 Some of the English Premier League’s top managers are up in arms over the alarming increase in muscle injuries among their players and almost all are blaming a substitution rule. Yesterday Liverpool manager Jurgen Klopp joined Manchester United’s Ole Gunnar Solskjaer and Manchester City’s Pep Guardiola in bemoaning the EPL’s substitutions being limited to 3 instead of the Covid-19-enforced 5.

With only one senior centre-back in Joe Gomez available to play, Klopp blamed Premier League chief executive Richard Masters for not having ‘sold’ the idea of five-substitutions better to other clubs. “None of the top seven clubs asked for any (unfair) advantage. We just knew that it would be incredibly difficult because of our schedule. To have the best games at the weekend in the Premier League, it would have helped that as well. I think we should think about it again,” said Klopp.

Both Manchester City strikers Sergio Aguero and Jesus have thigh injuries. Arsenal is hamstrung with Rob Holding and David Luiz having thigh injuries as well.

What is the new substitution rule?

It isn’t exactly a new substitution rule, but reverting to the old one. While the pandemic persists still. When the EPL was attempting to complete their disrupted season, they introduced five substitutions insted of three. In the Premier League’s Annual General Meeting start of new season, the original three-substitution rule was ratified – with the ‘Big Six’ voting in favour of five substitutions along with three other clubs falling short of 2/3rd majority needed.

Why do the Top 6 clubs want the rule back?

There’s a 42% increase in muscle injuries across the clubs. According to PremierInjuries.com, EPL clubs have lost out on £23,069,052 just in October because of injuries. There’s 99 injuries in October alone.

The Big Six risk a lot more than the rest of the clubs simply because of their participation in European competitions. With games bunched up together, these clubs are now facing the brunt of a packed schedule.

To add to this, a major deterrent for muscle injuries into the season is a strong pre-season. But Premier League clubs, especially the Big Six, were still participating in last season’s European competitions and had only two weeks before they had to assemble for the new season.

“Almost 50% more muscular injuries than last season. Why? Because the players play and look to recover from the previous game but most of them are still recovering from the previous season so why should we not do it? No sense, no sense,” Guardiola said.

What’s the argument made by other EPL clubs?

For the 11 EPL clubs that voted against five subs, the motive is clear. By not allowing a team like Manchester City with a larger squad to adequately compete, they’ve attempted to level the playing field. It will force the big clubs to prioritise when and where to play their best players. If Liverpool falter at a few of their early Champions League group games, suddenly they will be forced to play their best teams in the latter group stage matches, as opposed to giving players a break.

It forces clubs to take European competitions seriously and ensure that qualification to the next stage is completed as quickly as possible. The EPL also does not have a winter break, like the Bundesliga. This further increases the chances of clubs being overloaded and their players suffering from further muscle injuries.

What about other European leagues?