WhatsApp gets disappearing messages feature: How to use, what it means 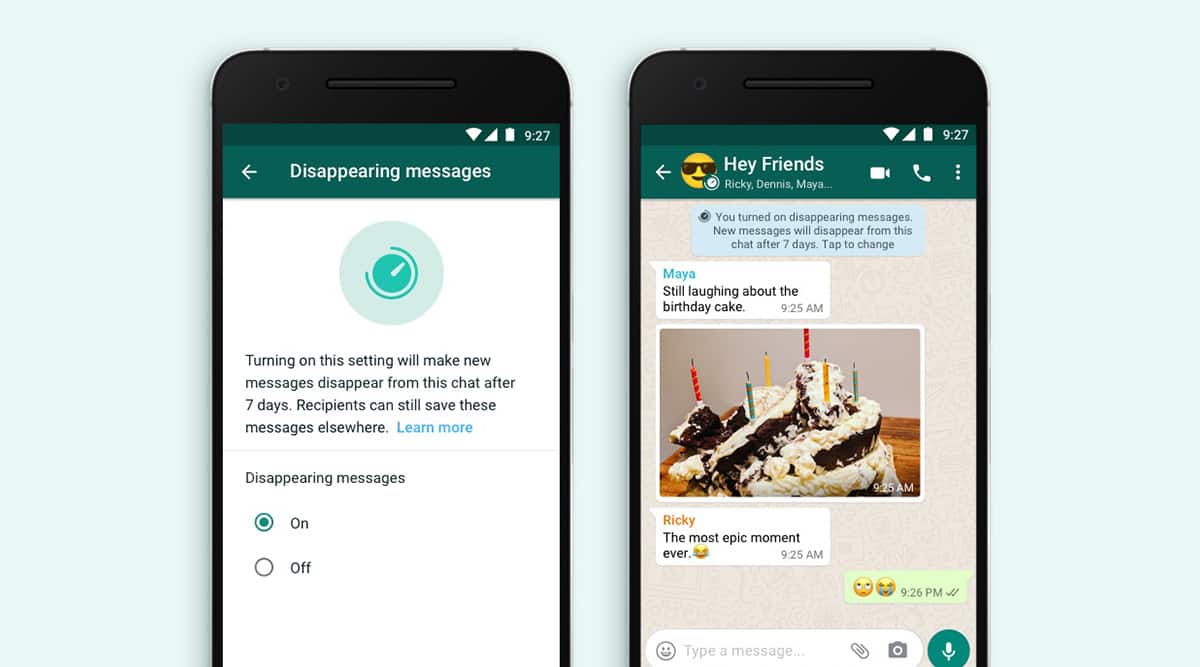 In a blog post WhatsApp said, “Our goal is to make conversations on WhatsApp feel as close to in-person as possible, which means they shouldn’t have to stick around forever. That’s why we’re excited to introduce the option to use disappearing messages on WhatsApp.” The feature will be rolled out to individual and group chats as well.

WhatsApp is setting a limit of seven days after which messages sent to a chat will disappear. It is not offering a customisable option to users, where messages can disappear after a few seconds, hours or days in other applications like Telegram, Signal and Wire.

While in a one-to-one chat, either person will have the option of turning the disappearing messages on or off, in groups admins will exercise this control. The feature will be rolling out users everywhere this month and will apply on the Android, iOS, KaiOS, Web and Desktop versions of the app. It could take some time before you see it in the settings of your app.

Regarding the seven-day logic, the blog post reads, “”We’re starting with 7 days because we think it offers peace of mind that conversations aren’t permanent, while remaining practical so you don’t forget what you were chatting about. The shopping list or store address you received a few days ago will be there while you need it, and then disappear after you don’t.”

How to activate disappearing messages on WhatsApp?

Open the WhatsApp chat on Android or iOS and tap the contact’s name, followed by Disappearing messages setting.

If prompted, tap Continue and select On.

If you want disable disappearing messages, go back to this setting and Select off.

For group chats, the rights to turn on disappearing messages will rest with the admin.  Follow the same steps in the Group chat as well to turn on the feature.

Points to keep in mind about disappearing messages on WhatsApp

When you activate this feature, if a user doesn’t open WhatsApp in the seven day period, the messages will disappear. But WhatsApp says a preview of the message might still be displayed in notifications until WhatsApp is opened.

Once again remember it is possible to the other person to forward or take a screenshot of the disappearing message and save it.

If disappearing messages are turned on, media sent in the chat will disappear, but it will be saved on the phone if auto-download is on.