We did not play well towards end in both innings: Harmanpreet Kaur 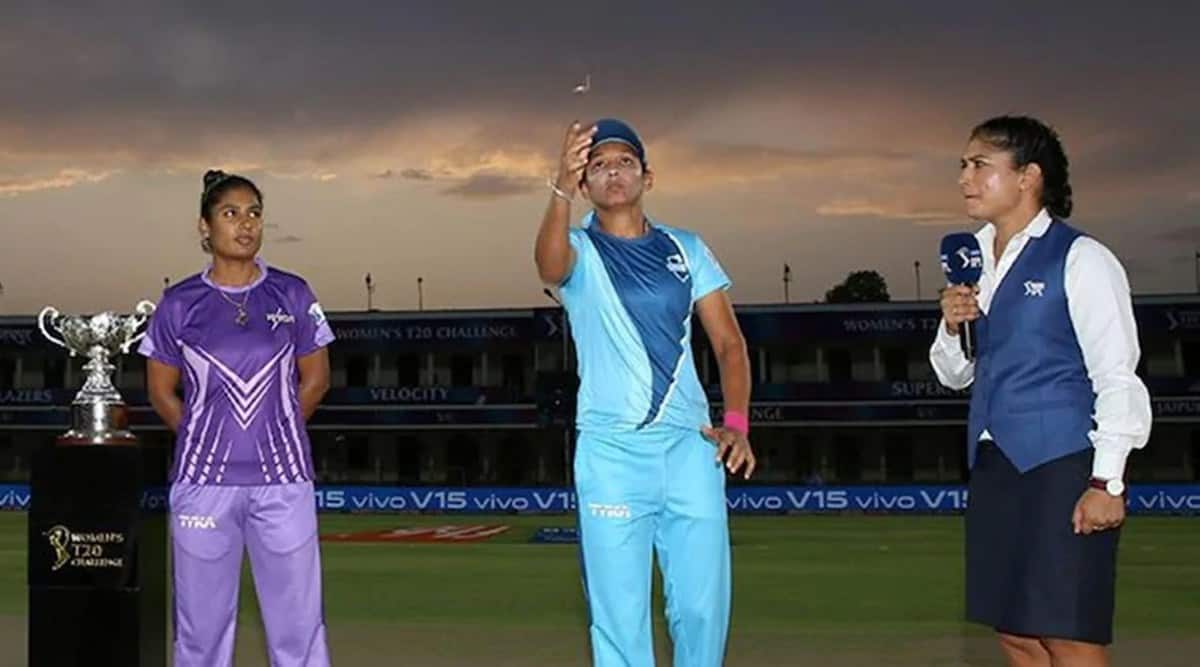 Supernovas’ skipper Harmanpreet Kaur blamed ordinary performance by both batters and bowlers in the death overs for her team’s five-wicket loss to Velocity in the opening match of the Women’s T20 Challenge.

Put in to bat, Supernovas couldn’t accelarate in the slog overs to post a modest 126 for eight. Velocity then overhauled the target, scoring 129 for five in 19.5 overs.

“To win games you need to keep bowling well. Whatever we thought, in the last couple of overs, we didn’t bowl according to plan. They batted really well, got to appreciate that,” said Harmanpreet at the post-match presentation ceremony.

“In our last four batting overs, we didn’t utilise well. Even a single per ball would have been good enough but we didn’t get that. Playing after a long time, it’s not easy, but if you keep winning, only then can you survive in this tournament,” she said.

Harmanpreet chose not to blame the conditions for the defeat.

“We need to come back with a positive approach. There was a bit of dew in the end but it’s part of the conditions. Felt we simply did not bowl well in the last couple of overs,” she said.

Winning captain Mithali Raj said she was expecting a total in the range of 120-130 in the first innings.

“Wish we had a decent opening start, because in low scoring games that’s important. Losing Danny Wyatt was big because she’s a main player, and a bit nervous too. But Veda played well, with Sushma and Sune too,” she said.

Mithali said the Women’s T20 Challenge was a good platforms to help “our younger players”.

“They can see Harmanpreet, Smriti and so on and prepare with them.”

Velocity will next play Trailblazers on Thursday.

“Back to back games can be difficult, because we aren’t getting time to recover, but that is what it is. When we wake up, we’ll be preparing again,” Mithali said.

South Africa’s Sune Luus, who was adjudged player of the match for her 37-run knock under pressure, said she did not find the slow conditions much challenging.

“It was quite difficult that we needed 62 in 42 when I walked in. They were bowling well. Sushma rotated the strike well with me,” she said.

“I didn’t find the surface too difficult at all. It was coming onto the bat. Couple of sixes from the girls was a testament to how good the wicket was.

“The pitch played the same both innings, it depends more on your style of cricket. This is such a great opportunity to be here, in these crazy times. It’s extremely great to be playing again. Really enjoying it.”

In the lockdown, Ekta Bisht stayed back in Almorah and worked on her bowling weakness with her coach. (FILE/AP)

Left-arm spinner Ekta Bisht said working on her bowling skills and fitness during the coronavirus-induced break helped her to execute the plans as she returned with a three-wicket haul to guide Velocity to a five-wicket win over Supernovas here.

Ekta (3 for 22) claimed wickets off successive deliveries in the last over as defending champions Supernovas could not accelerate in the death overs to be restricted for a paltry 126 for 8 in the opening match of the Women’s T20 Challenge.

“In the lockdown, I stayed back in Almorah and worked on my bowling weakness with my coach. I also worked on fitness and it really helped. We had a long gap after a hectic season so it was good to be back,” she said during the press conference.

“Every match is important. After a long time we are back in action, so it was important to get back confidence and momentum. It all went according to the plan.”

Supernovas were going strong at 89 for two in 13 overs with Chamara Atapattu (44) and skipper Harmanpreet Kaur (31) in total control.

Kasperek (2/23) ensured that Supernovas could manage only 10 runs off the last three overs.

“We have been here for over a week quarantining. We were following the IPL matches closely and prepared according to the slow nature of the wickets. It all went according to our plan,” Ekta said.

Chasing the modest target, Velocity were in a spot of bother with 65 for 4 and needed 50 runs off the last five overs.

“We wanted to take the match close and take it to the last over. They really did well, all credit to Sushma and Luus,” Ekta said.

Supernovas top-scorer Chamara Atapattu said they were eyeing a target of around 150 but they lost their way.

“We were looking to set a target of 140-150. But unfortunately I got out and then we lost a couple of wickets. We have to learn from our mistakes and return stronger,” she said.