A team of scientific experts from the Wadia Institute of Himalayan Geology has made an aerial survey of the location of the snow avalanche which triggered flash floods in Chamoli district of Uttarakhand on Sunday. According to their initial assessment, the experts stated that the flash floods could be a case of a large chunk of snow slipping from a hanging glacier.

The team returned to Raini village, which saw maximum damage of the flash floods, and is trying to reach the ground location today. 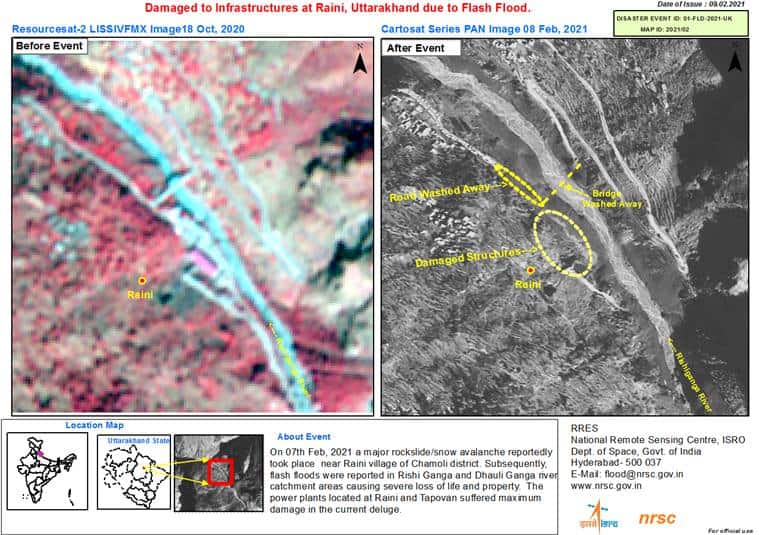 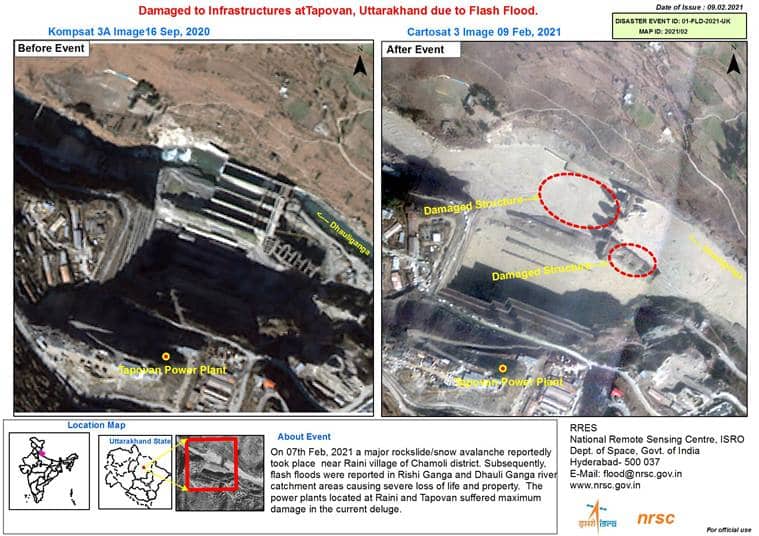 These photographs were taken by India’s ResourceSat and Cartosat-3 satellites, showing conditions before and after the incident.

“They made an aerial survey in a helicopter on Tuesday afternoon and were able to make an initial assessment. It does look like a case of a large chunk of snow slipping from a hanging glacier. It could have created a temporary pondage which burst after some time. The other possibility is that it broke open some sub-glacial lake. These lakes exist under the glacier. At the top is snow, but below it there is a lot of water. There are several glaciers in that area,” said glaciologist D P Dobhal, who has been in touch with the team. 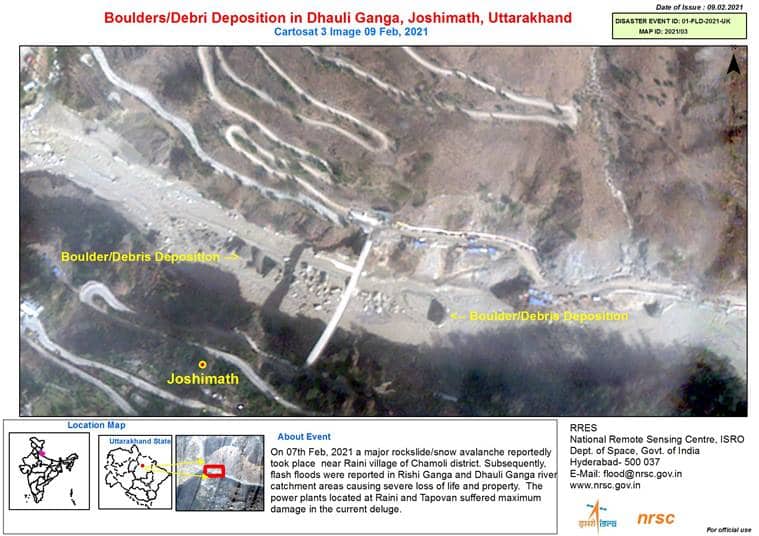 A glacial break in the Tapovan-Reni area of Chamoli District of Uttarakhand on Sunday led to massive flooding in Dhauli Ganga and Alaknanda Rivers, damaging houses and the nearby Rishiganga power project.

“The team will have to find its way to the spot to observe it more closely. It is not an easy route, and some bridges have been washed away,” he said.

Meanwhile, Hyderabad-based National Remote Sensing Centre, a unit of ISRO, released photographs of the area taken by India’s ResourceSat and Cartosat-3 satellites before and after the incident. The photographs show the missing snow cover on one of the glaciers, the extent of damage in Raini village, and the broken roads and bridges. A lot of rock debris can also be seen in the photographs.