India got introduced to Disney channel a little later than the West, but as soon as we got it, it was a paradise for teenagers as we finally got some content that was tailor-made for us. During the early 2000s, I was just the target audience for these shows, and the show that had me hooked was Lizzie McGuire.

What was Lizzie McGuire all about?

Lizzie McGuire follows the adventures of 13-year old Lizzie, played by Hillary Duff, as she navigates her life at school with her best friends Gordo and Miranda. Her changing body, boyfriend troubles, sibling relationship and her ever-transforming relationship with her parents formed the basic premise of the show.

But the best part about the show was Lizzie’s animated alter-ego that popped up on screen and gave us an insight into Lizzie’s head. Things that she would never say out loud were communicated through this animated character, and thus, this sassy pop-up became the USP of the show. 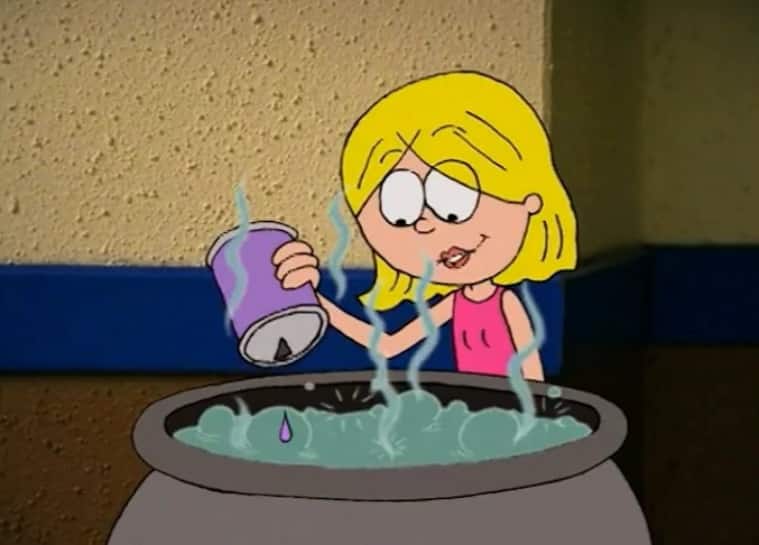 Lizzie’s animated alter-ego soon became the highlight of this show.

What worked for Lizzie McGuire?

Disney Channel was acing the teen genre during the early 2000s and while each show had something unique to offer, here, it was Lizzie’s relatability that attracted the audience. It would be hard to fathom for today’s showrunners and even the audience that Lizzie was not some vampire loving teen who lived an extravagant lifestyle, nor was she some spy or superhero by night. She was just a simple teenager whose life revolved around mundane things like buying a particular pair of jeans, attending a pool party or standing up to her best friend-turned-bully Kate Sanders.

Much like many regular teenagers, Lizzie wasn’t extraordinary in any department. She wasn’t a scholar and did not excel in even any extra-curricular activity, all she had were her two best friends who were just as confused as her.

Lizzie’s home life added the much needed ethical standpoint to a show for teenagers. Living a very American middle-class life, Lizzie’s parents Jo and Sam often found themselves ill-equipped when it came to dealing with a teenager. The best character here was Lizzie’s younger brother Matt, whose agenda was to spoil everything that she does, and his best friend Larry, who strangely never said a word. Lizzie and her friends, Gordo and Miranda. were a bunch of misfits who fit perfectly in each other’s lives.

Lizzie McGuire ran for 65 episodes and in those episodes, we saw the best of Lizzie’s growing-up years. The show’s central message about accepting who you really are, is the oldest cliche in the coming-of-age genre but here, it was well executed.

Back in the day, Disney Channel was cashing in on the success of every hit TV show so, after a successful run on television, we got The Lizzie McGuire Movie. I call it awful because it was so far away from the essence of what worked for Lizzie, her relatability. Miranda was missing in action while Lizzie found herself in a Hannah Montana-esque world.

In 2019, it was announced that the beloved teen drama would be rebooted for Disney+. Hillary Duff would reprise her role and this time, Lizzie would be seen living in New York as she juggled her work and life. Unfortunately, the show was cancelled soon after they started shooting and Duff was not pleased about it.

Here’s hoping we get to see a new version of the show soon!