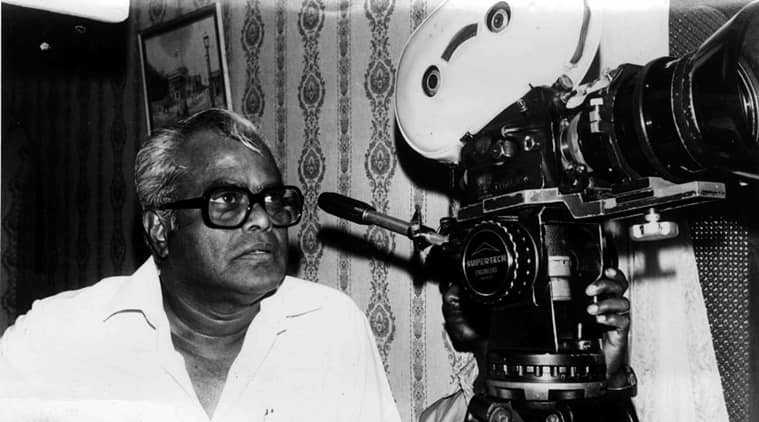 Legendary K Balachander would have celebrated his 90th birthday if he were alive today. The star director dedicated five decades of his life to the craft of storytelling spanning theatre, cinema and television. The former school teacher turned filmmaker made movies at an extraordinary rate. He made about 100 movies starting from the early 60s that went well into the late 2000s.

Balachander’s biggest contribution to Indian cinema was his ability to spot and nurture new talent. Kamal Hassan, Sridevi, Rajinikanth, Vivek, Prakash Raj to name a few were launched and fine tuned by Balachander.

Balachander’s movies feel as relevant today as they did back then because of his honesty in reflecting the world as he saw it. He had mastered the art of catering to the needs of a larger audience without compromising his artistic integrity. His movies had everything – song, dance, fights, comedy – that ticked all the right boxes of a commercial enterprise. But, his films did not follow a template or pander to masses. He challenged social conventions, promoted progressive ideas, created powerful and independent women characters, examined the vanity of pride that limited human achievements and he did all this with the skill of a remarkable storyteller.

Here is a list of movies of Balachander that you can stream right now.

Ethir Neechal: Balachander adopted his play of the same name for the big screen. It is a minimalist film, which majorly takes place within a residential complex, which houses people of different cultures. The property also houses a young orphan Maadhu, who lives under the staircase. He is poor, so he becomes an easy target for people to blame and harras. But, Maadhu’s fortunes change when the residents are told that he suddenly became rich. (Ethir Neechal is available on YouTube)

Ninaithale Inikkum: Not only serious socio-political drama, but Balachander has also made solid feel-good entertainers. A music band from Tamil Nadu travels to Singapore for a performance. And they come back with sweet memories, ergo the title Ninaithale Inikkum. If you want to see Kamal Haasan and Rajinikanth sharing screen space in their prime, this is the right pick. (Ninaithale Inikkum is available on YouTube)

Thillu Mullu: The remake of Hindi film Gol Maal is the best and arguably the only full-length comedy film in Rajinikanth’s career. (Thillu Mullu is available on YouTube)

Varumayin Niram Sivappu: It is a timeless political satire. Set in the nation’s capital Delhi, the film has many powerful scenes. But, the ‘apple scene’ captures the distress, struggles and hunger of unemployed youth in less than 30 seconds. (Varumayin Niram Sivappu is available on Amazon Prime Video)

Sindhu Bhairavi: This musical drama is a masterpiece. It has one of veteran actor Sivakumar’s career-best performances. The film follows the rise and fall of a Carnatic musician, who ends up meeting his soulmate, who shares the same passion for his music. And he also falls in love with her. But, the problem is he’s already married. (Sindhu Bhairavi is available on Amazon Prime Video)

Punnagai Mannan: Well, Balachander is a gifted tragedian. And this film narrates another disheartening story of star-crossed lovers. (Punnagai Mannan is available on MX Player)

Unnal Mudiyum Thambi: It could be a very good case study for the current crop of Tamil filmmakers on how to make a ‘message film.’ Starring Kamal Haasan, this is one of Balachander’s simple films. Set in a rural backdrop, the movie follows the rebellion of a son against his father’s upper-caste hegemony. He leads a social movement that turns his native place into a model village for the rest of the country. (Unnal Mudiyum Thambi is available on Amazon Prime Video)

Duet: The film has the best compositions of AR Rahman from the 90s. What happens when two brothers fall in love with the same girl? The tragedy is inevitable. (Duet is available on YouTube)

Kalki: The film is a variation of Sindhu Bhairavi. It is a scathing indictment of regressive ideas of gender roles. The Balachander film challenges conventional ideas of chastity, surrogacy, and the hypocrisy of patriarchy. (Kalki is available on YouTube)