Tom Hanks explains how Greyhound is actually an animated movie 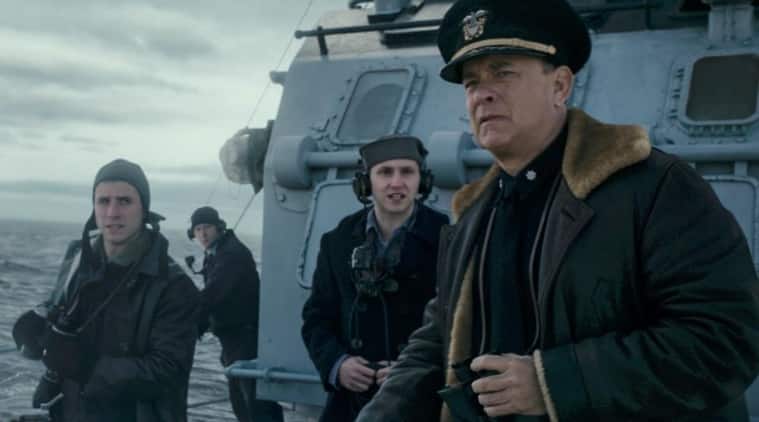 Tom Hanks will next be seen in the World War II drama Greyhound that releases on Apple TV+ on July 10. In the film, he plays Commander Ernest Krause, who finds himself in the Battle of the Atlantic Ocean. Hanks is also the screenwriter of Greyhound that is based on CS Forester’s novel The Good Shepherd.

Greyhound is largely set on a ship that is in the middle of the ocean. Deconstructing the language of filmmaking, Hanks told indianexpress.com during a virtual press conference that most parts of the film are animated. Greyhound was shot in precisely three locations. A hotel lobby where they shot one scene, a sound stage in Louisiana and the USS Kidd, “that is usually sitting on the bottom of the Mississippi River.”

“Everything else in this movie was taken from footage, in the form of plates and repurposed on the computer. So you can say that much of it is animated,” Tom Hanks shared.

The water seascapes used in Greyhound were collected in the North Atlantic and were then repurposed for the movie. Hanks further demystified the process of movie-making and revealed, “All of the ships that appear were taken from reference photographs that were then repurposed and rebuilt by the expertise of our technicians inside computers, which sounds something like it’s unique (but) it’s not. It’s how all movies are made now no matter what the subject matter or even in the era that it comes out.”

Tom Hanks added, “This movie was made on a rocking gimbal of a set that was the bridge and the deck of the ship, the codename Greyhound, and on the actual iron steel decks of the USS Kidd, which is an actual Fletcher-class destroyer.”