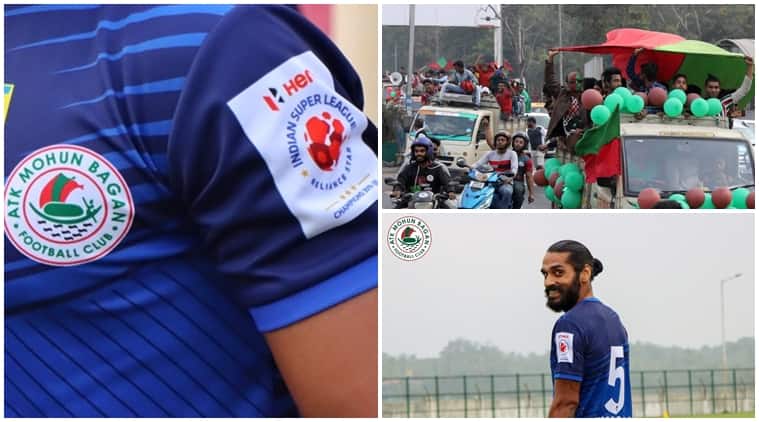 Ardent supporters of the club expressed their unhappiness on social media. (ATKMB/File)

ATK Mohun Bagan fans have created quite a stir on social media ever since snapshots of the club jersey worn by players during the ongoing practice sessions in Goa have emerged.

Ardent supporters of the club expressed their unhappiness on social media and pointed out that the three stars stitched on the cloth are symbolic of ATK’s Indian Super League (ISL) titles along with the words ‘Champions 2019-20’. For numerous of those protesting on Twitter, this was an insult to the legacy of Mohun Bagan Athletic Club – established in the year 1889 with more than 100 major title victories and synonymous with the rich footballing tradition in the country.

ATK is a three-time winner of the Indian Super League. The club won the inaugural ISL edition in 2014 and won the second time in 2016 before lifting it for the third time in March 2020.

To whom it may concern:

In nutshell:
1. Remove three stars from the ISL badge.
2. No stars in Jersey.
3. No defending Champion Branding.
4. Proper attention to Mohun Bagan brand.
5. Remove the controversial promo from everywhere.

Hope these includes everything for the time being. #JoyMohunBagan

Taking the notice of the development, the ATKMB management released a statement which reads as follows-

Meanwhile, another growing resentment has been fueled by a promo video released by the official youtube handle of ISL which has faced a lot of flak. Incidentally, the advertisement also features BCCI President Sourav Ganguly.

READ: Why Bengal is obsessed with football?

A lot of the supporters expressed anguish and wrote that it was not in good taste and was insensitive to the legacy of Mohun Bagan. Here is another statement released by the club which probably addresses the above-mentioned concern.

Soccer has always been a big passion for the people in the city of joy and the state of West Bengal and this time people are already into it even before the kick-off.

Please take a pledge. We shall not stop till the time the commercial is taken off the air by @StarSportsIndia @StarFootball @disneyplus @DisneyplusHSVIP .. This is a disrespect to the 131 years of history of the oldest Club if India. #takedownthepromo is our motto. Do it guys ! pic.twitter.com/I5zfC998LN

ATK Mohun Bagan will begin their ISL campaign against Kerala Blasters at the GMC Stadium in Bambolim, Goa.