The Old Guard review: A superhero movie with a difference 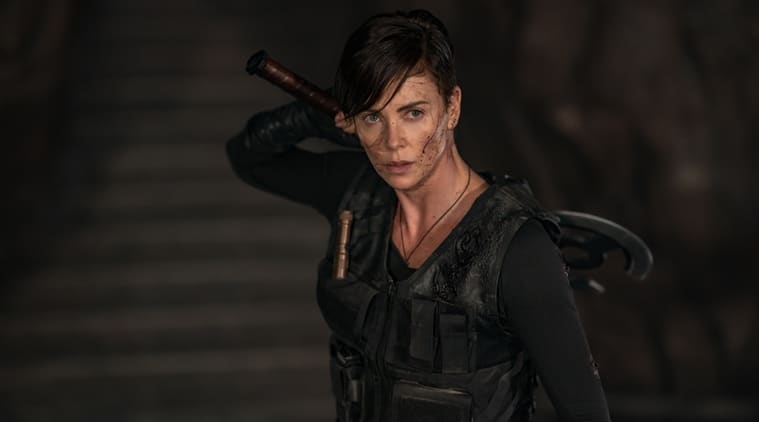 The Old Guard is streaming on Netflix. (Photo: Aimee Spinks/NETFLIX ©2020)

Watching a superhero enterprise on your home device brings home the restrictions caused by the pandemic on our viewing lives. The Old Guard, about a bunch of immortals busy saving innocents down the centuries, works on a smaller screen only because of its distinctive feature: by giving its characters, who, gasp, can’t die, quieter moments when they are allowed to share their inner lives with us.

It’s not as if only female helmers can turn out a superhero actioner which is layered by not just latex, but by conversation. But seeing how Prince-Bythewood uses high-octane action alongside the talky sequences, it’s great that women are finally being invited to this all-male table, probably because Theron has producing credits on the film. Theron, magnificent as Furiosa in Mad Max Fury, is in similar avenging mode here. She goes by the no-nonsense name of Andy, but her real monicker is Greek, Andromache of Scythia. Giving her able company is Layne, so effective in If Beale Street Could Talk: both these women, buffer and fitter, and much more interesting than their male companions, lift the film.

The other reason why The Old Guard feels different from the standard superhero cookie-cutter dross is that it adds a dollop of queerness to the proceedings. Two of the ‘immortals’ are Joe and Nicky a couple of guys who met each other during the Crusades, and have been together since. They are jokey and tender with each other, and no less the men for it. And the third, Booker (Matthias Schoenaerts) who looks more like a professor than a member of a superhero group, uses his brain as much as brawn.

We first come upon these ancients as they descend upon a spot in present-day Afghanistan, on a rescue mission. Of course, it is a set-up, and yes, one of them says, ‘it is a set-up’. It is, after all, a superhero venture which needs to spell out stuff. New entrant Nile (Layne) earns her badass spurs, moving from ‘I don’t want to do this’ to ‘Let’s Do This’. A former CIA agent (Chiwetel Ejiofor) shows up, to stir the pot in favour of chief baddie Merrick (Harry Melling, whom we saw as a kid in Harry Potter movies), the head of a pharmaceutical company. As always, Big Pharma is evil, and in Merrick’s flesh-gobbling labs, profiteering minus ethics is the name of the game.

There are some lax moments, and a bit of portentousness in the dialogue. ‘Just because we keep living doesn’t mean we don’t keep hurting’, solemnly intones one of the team, to rookie Nile. But in the way of slick superheroes flicks, there’s enough wham-bam, guns rattling and bodies piling up, to keep things ticking over nicely. As Andy says, go big or go home. That’s a good enough punchline for a superhero movie with a difference.