The house his grandfather built: Gamak Ghar about roots, nostalgia and growing up 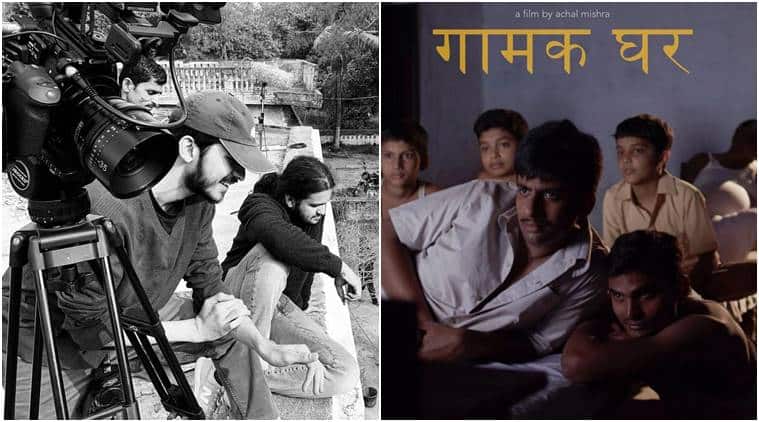 In his affectionately shot memory piece Gamak Ghar, about families, migration and a rambling home that is both backdrop and protagonist, director Achal Mishra says he has shown a side of Bihar rarely seen in Indian cinema.

The filmmaker, just 23, says his Maithili language film represents the people of Mithila and their way of life in a way that is very different from the way his state has been represented on screen.

“A lot of people connected with the film because the space felt familiar. Bihar’s representation has been different on the screen. Mithila is under-represented in the culture, probably known outside for its painting style,” Mishra told PTI in an interview.

“There are these cultural things like ‘bhoj’ (feast), folk songs, the Maithili language and other small details which I felt were disappearing or changing. I wanted to preserve them in some form,” the Mumbai-based filmmaker added.

Set in his ancestral village Madhopur in Darbhanga, Gamak Ghar is about the house his grandfather built in 1950s. It is a place he spent a memorable chunk of his childhood and still brings different branches of his family together on special occasions.

The film is set in three different time periods -1998, 2010 and 2018 — and explores the connection that a generation of city dwellers have with their roots and their home in the village.

It is also a story of migration with the house at its centre.

“I don’t think I have consciously explored that. I have simply tried to put everything that I had seen around in the movie. I remember our uncle was the first to move to the city and then one of my cousins shifted to Delhi at a young age,” Mishra said.

Mishra said he was surprised that what started as a personal project about capturing on celluloid the house and its inhabitants as he had seen them over the years resonated with so many people.

The film premiered at the Mumbai Film Festival in 2019 and instantly focused attention on the young filmmaker who found himself at a place that he did not know existed.

“I thought it is an art film and we will travel to one or two film festivals and that would be it. But the screening brought a lot of attention. Pankaj Tripathi shared the trailer on Twitter. Suddenly, I found myself at the centre of Maithili cinema, a space I did not know existed before making the film,” he said about the film.

The 90-minute film can be watched in the library of streaming platform MUBI.

The project started with a desire to preserve the house in film form before it was too late.

“Since the whole reason to make the film was the house, I decided to make it the protagonist in my film. Eventually, other things started coming together, like the idea of seasons and passage of time,” the director said.

For the filmmaker, the film captures a part of his childhood spent roaming around the village, plucking mangoes, attending village feasts and festivals or spending summer evenings watching films on VCR tapes.

The film, he said, was also a way to get to know his grandfather, who passed away before his parents were married. Mishra had heard so many stories about him that he became a figure of great intrigue.

“I never met him but he has been this influential yet elusive figure to me all these years. He was a playwright and he was an actor. I heard all these stories about how he got into films and wanted to make his own movies. These stories kept coming to me in bits and pieces. So it became like putting together a puzzle.”

The director said his grandfather had written a novel but that is gone now. Some diaries and a play are the only things left of him besides the house.

“Family histories are not like written histories so they become mythical in narration. I don’t know how good a writer he was but it stayed with me as I also wanted to be a writer. I don’t have anything left of him to have a perspective on his life. I have other people’s perspective and he has become a mythic figure.”

Discovering his grandfather’s diaries, the director said, cleared ‘most of the fog’ about directing the film.

“I had heard about them existing and probably even flipped through them in childhood, which I show in the film as well. I found them wrapped in a red cloth. They mostly list the expenditure but in between there are little anecdotes about something that has happened in the house. He also wrote about going to Mumbai, describing a film shoot.

“Through these diaries, I realised that it was a place that my grandfather built and lived and where my father grew up. I also realised that the house signifies a sense of permanence for me, which I lacked in my life as I moved from boarding school to boarding school,” he recalled.

Mishra said he was initially interested in writing and photography but a meeting with documentary filmmaker Ashwin Kumar sparked his interest in cinema. He then interned with Meghna Gulzar for Talvar in Delhi while he was still in school.

“Before meeting Ashwin Kumar, I was only watching mainstream movies but he talked about Mexican filmmakers and Satyajit Ray. I started watching those films and realised there was a different world of cinema that existed beyond the mainstream which does not move in whites and blacks. I realised this was the kind of cinema that I wanted to make.”

Mishra left for London for film studies at King’s College but dropped out in the first year but what he discovered that he could watch films at the British Film Institute nearby.

“It is the cathedral of cinema and watching films there, I chanced upon my favourte filmmakers – Japan’s Hirokazu Koreeda and Yasujiro Ozu and Taiwanese director Wei Te-sheng,” he said.

Though the film shows the house being demolished in the end, in reality, his grandfather’s house still stands.

“We demolished a small portion for the film and that was a day when we felt really sad but after the shoot we put it back. My grandfather’s house still stands.”

Mishra is now settled in Mumbai and planning his next film, which will once again take him back to him home town in Darbhanga.