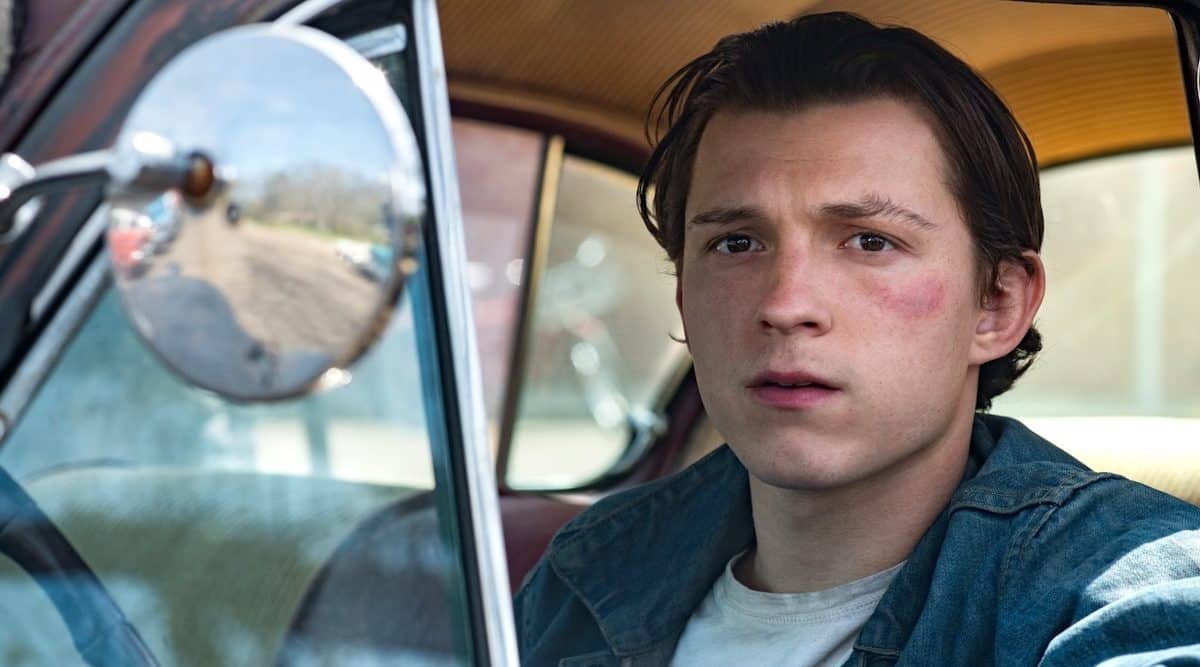 The Devil All the Time will begin streaming on Netflix from September 16. (Photo: Netflix)

The first reviews for upcoming psychological thriller The Devil All the Time are in. They are sadly mixed. Most of the criticism seems to be that the film is too grim and violent, and there is no comedy to balance it all out.

Directed by Antonio Campos, the film is based on the novel of the same name by Donald Ray Pollock. The movie boasts of a star-studded cast with Tom Holland, Bill Skarsgård, Riley Keough, Jason Clarke, Sebastian Stan, Haley Bennett, Eliza Scanlen, Mia Wasikowska and Robert Pattinson.

Inverse’s review read, “It’s surprising that Holland, who seems most at home mixing his punches with jokes, never gets a chance to draw any laughs in his first major non-Marvel film. Whether that was Campos sticking to the source material or Holland playing against type is unclear, but The Devil All the Time’s lack of comic relief is all the more painful when we know how comedic its star can be.”

Variety’s Owen Gleiberman wrote, “The violent kinkiness is everywhere, yet in another way it’s just window dressing. Arvin, a young man who’s good inside, shows each of the sinners what’s what. Yet you never feel much investment in his odyssey of salvation. “The Devil All the Time” shows us a lot of bad behavior, but the movie isn’t really interested in what makes the sinners tick. And without that lurid curiosity, it’s just a series of Sunday School lessons: a noir that wants to scrub away the darkness.”

IndieWire’s Ryan Lattanzio noted, “Campos’ films have plumbed the depths of loathsome people before, often reaching profound conclusions about what brought them to self-destruction, but the clown car of broken losers in “The Devil All the Time” are all surface-level despicable. What slivers of catharsis are afforded to even the most likable characters — which is really a question of power-ranking who do I hate the least? — are more a reprieve for a weary audience than the people onscreen. They’re stuck in Hell, but that’s their problem, not ours.”

Empire’s Dan Jolin opined, “While the performances are uniformly impressive — there is honestly not a single bum note — it is all deeply dour material, only rarely relieved by the occasional bloom of human warmth, while some moments push to almost ridiculous extremes (such as a crucified house pet).”

The Devil All the Time will begin streaming on Netflix from September 16.