0 Tehelka sting: Jaya Jaitly among three convicted of corruption, arguments on sentence to begin - Latest News of UP in Hindi, हिंदी समाचार - Indianpatrika 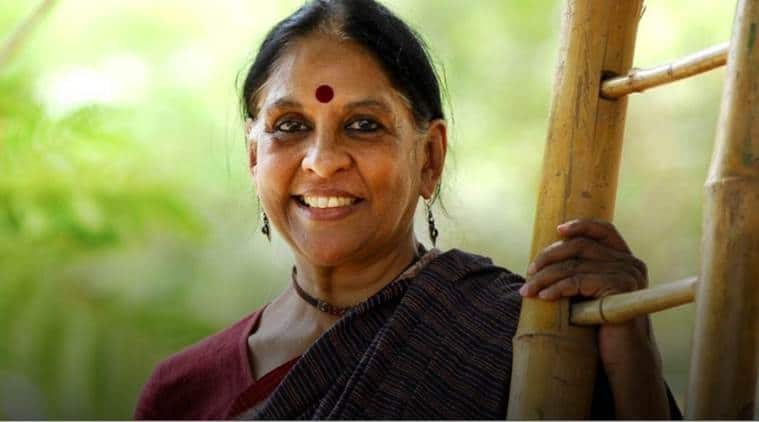 A Delhi court has convicted former Samata Party president Jaya Jaitly and two others in a corruption case filed in 2001 in the wake of a sting operation by Tehelka.com.

They were chargesheeted after Tehelka.com aired the sting operation, which showed the accused purportedly accepting bribes from reporters of the portal — who posed as representatives of a fictitious company — for supply orders for hand-held thermal imagers from the Ministry of Defence.

According to the CBI, Jaitly entered a criminal conspiracy with Murugai, Pacherwal and Surender Kumar Surekha — who eventually turned approver — in 2000-01 and obtained Rs 2 lakh as illegal gratification for herself from Mathew Samuel, a representative from Tehelka.com who posed as representative of a fictitious firm “to get the supply of Hand Held Thermal Cameras (HHTC) from the Ministry of Defence for the fictitious firm”.

The three accused, along with Surekha, were a party to the criminal conspiracy, the court held.

Jaitly, Pacherwal and Murgai were convicted of conspiracy under Section 120-B of the IPC with Section 9 (Taking gratification, for exercise of personal influence with public servant) of the Prevention of Corruption Act.

The court is scheduled to hear arguments on the quantum of sentence on July 29.

The court has mentioned in the July 21 order a meeting at the official residence of then then defence minister George Fernandes, where Samuel, a prosecution witness, was introduced to Jaitly and he “sought her blessings” for his “company and his product” and “offered a sum of Rs 2 lakh” to Jaitly who instructed him to “handover the money to accused Gopal Pacherwal knowing that it was bribe money”.

The court found that it was agreed that Samuel would pay a sum of Rs 1 lakh each to Surekha and Murgai and a sum of Rs 2 lakh to Jaitly, the order said.

Thereafter, Surekha contacted Pacherwal and roped him in the conspiracy, it said.

“Therefore, both the accused Pacherwal and Jaitly, having joined the conspiracy at a later point of time with the knowledge about the object and having agreed to perform the task assigned to them towards its fulfilment, are also guilty of the offence of conspiracy,” the court said.

“Jaitly received a sum of Rs 2 lakhs through Pacherwal from Samuel as a motive/reward for agreeing to accomplish the task given to her i.e. to exert personal influence upon the concerned Ministers/ Officers in pushing the product of the company of Samuel into the Indian Army,” the order read.

The court also held that Murgai received Rs 20,000 from Samuel on January 4, 2000 for the “assistance rendered by him”.