Sufiyum Sujatayum is my best work as a composer in the last 30 years: M Jayachandran 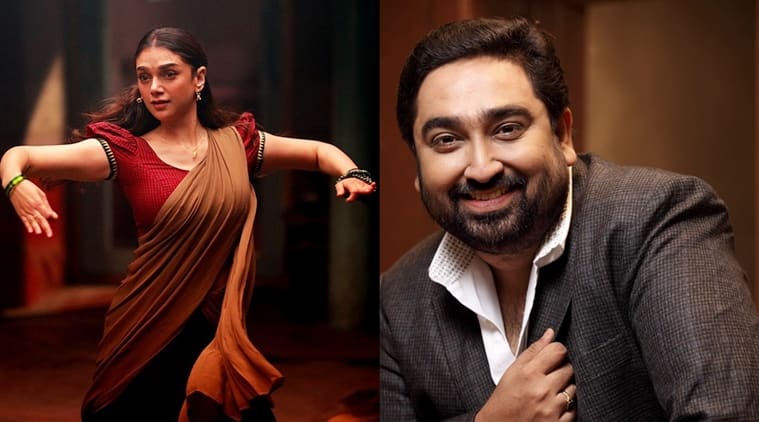 It was composer M Jayachandran’s long harboured dream to compose for the Sufi genre. And after scoring tunes for Sufiyum Sujatayum, he feels content as a musician. He even believes that the film has allowed him to deliver his best music album in a career spanning three decades.

What can you tell us about the music of Sufiyum Sujatayum?

It has always been my dream to work on this genre. This genre has big Arabic and Middle-eastern influences. And this film has a lot of passages where there are no dialogues. The dialogues are constructed by music. We recorded the musical interludes even before the film was made. I read the full script and the director had marked the places where we needed those interludes. We used musical instruments from the Middle East in the recording. After working on this film, I feel very content as a musician. I was able to experiment and bring in the essence (of the genre) into the background.

How was your experience working with director Naranipuzha Shanavas?

First of all, Shanavas is a very good writer. His command over the language is commendable. He is very imaginative as well. As far as the music of this film is concerned, I believe that this is my best work as a composer in the last 30 years.

Whose performance did you like the most in the movie?

Aditi Rao Hydari’s performance. I told Aditi that I became a very big fan of her work. The way she has portrayed her character with subtle nuances is incredible. She is the one who carries the film forward, along with Jayasurya. Of course, if I am not being selfish, I would like to point out that the background score will also be a highlight of this film.

You have been in the industry for nearly 30 years. How has film music evolved over the years?

At the beginning of the 1970s, RD Burman came into the scene. His music was very different from what we had before. For me, the industry is split into two: before RD and after RD. And later, it was Ilaiyaraaja. The music that we hear now has a lot of Ilaiyaraaja’s traits in it. After him, it was AR Rahman who brought a very big transition. He brought in a new ideology. All musicians and sound coordinators had the same gadgets, but only Rahman could figure out how to perfectly jell it with film music. Like how Hans Zimmer is doing in the west.

You have also scored non-film music albums. Can you tell us why independent music did not click with the mass audience in India?

Indians are very much obsessed with film songs and film stars.

What are your favourite Sufi numbers?

I believe there is no such thing as Sufi music. It is just a variation of Qawwali. And I have heard the music of all great Qawwali masters. I am also a big fan of Ghazal, especially Mehdi Hassan sahab’s.

Also Read | Aditi Rao Hydari: Connecting without having to say a word is very beautiful

How will the working conditions in the music industry change in post-COVID era?

We will keep guessing, so I don’t want to make predictions about it. But, I hope that things will improve so we can go back to where we were before. At the same time, things have gone out of hand. I mostly worked from home while composing background score for Sufiyum Sujatayum. Things like this are going to happen.

What’s next for you?

I am currently working on the music of The 19th Century. It is directed by Vinayan and produced by Gokulam films. The film is set in the 1835s. I am in preparation for that movie.