‘Society has not got over the dehumanisation of the black race’: Michael Holding 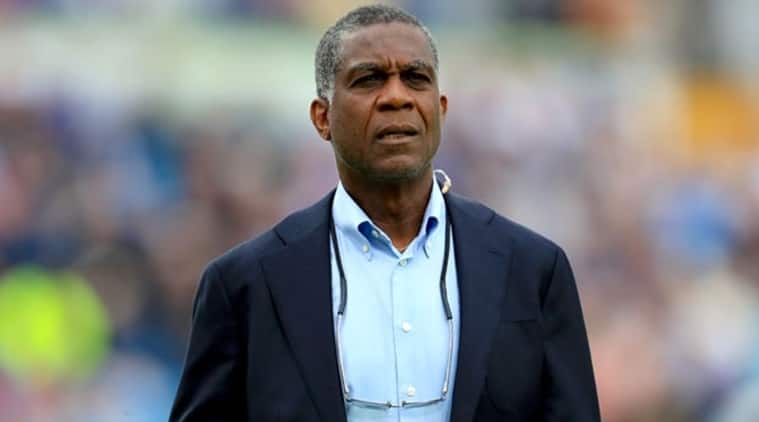 Michael Holding argued that the black race’s accomplishments have been wiped off from history. (Source: Reuters)

West Indies legend Michael Holding and Ebony Rainford-Brent, the first black female cricketer to play for England, lashed out against institutionalised racism and how society needs to be educated for this malaise to be eradicated. The delayed start to the first England vs West Indies Test gave Holding, Rainford-Brent, and former England captain Nasser Hussain a chance to reflect on this issue and reassert why the Black Lives Matter movement matters.

The issue has returned to the spotlight after the death of George Floyd, a black man, at the hands of a white policeman in Minnesota, United States. It sparked worldwide protests and before the start of play, the players from England and West Indies as well as match officials took a knee for 30 seconds to show their solidarity on the matter.

‘Dehumanisation of the black race’

Holding said people of all races need to study what happened in the past to get the right perspective on racism.

“What I mean by education is people going back in history. What people need to understand is that this stems from a long time ago. The dehumanisation of the black race is where it started and people will tell you ‘get over it’. No, you don’t get over things like that and society has not got over that.”

“Until we educate the entire human race, this thing will not stop.”

Holding argued that the black race had been dehumanised and their accomplishments wiped off from history. The 66-year-old reckoned that racism within society will not be eradicated until people from all sections of society are educated to include both black and white historical perspectives.

The Jamaican cited events from history that were recorded from the white perspective. “We have been brainwashed and not just black people, white people have been brainwashed in many ways… think about religion… I am not really a very holy person, not a very religious person, but that is what we were taught. Look at Jesus Christ and the image of Jesus Christ – pale skin, blonde hair, blue eyes. Where Jesus came from, who in that part of the world looks that way?” Holding explained.

Citing an incident in New York where a white woman had called the police on a black bird-watcher, Holding said her actions were based on established prejudices. “…by the time he (the black man) proves he is not guilty, he might be dead. She had that thing in her mind from day one. That’s why she said and did what she did,” he added.

Rainford-Brent stressed on the need to have people of colour in positions where they could make a difference.

“It can’t be a ‘black person’s problem’, it has got to be everyone’s problem. We have got to want a society that is representative and supports people from different backgrounds…That’s what it is for me. We need honest conversations, opportunities and people in positions of power. And then we can change the landscape,” she said.

The former England cricketer, who is now the head of women’s cricket at Surrey, believed that apart from education, a shift in the collective attitude in society can propel a positive change. West Indies players kneel in support of the Black Lives Matter campaign before the first Test against England. (Source: Reuters)

‘You have been looking away for too long’

Hussain said people need to confront their biases and prejudices, and not just look the other way.

“I sat there six weeks ago and watched a black man being killed in front of my eyes. My natural reaction is to look away … the next time it came on, because of the protest, I forced myself to watch, because I felt something inside me tell that ‘Nasser, you have been looking away for too long’.”

The former England captain argued that people have been looking away from this issue for far too long.

When asked if he had ever faced racism in his life, Hussain said: “Of course, I have (faced racism), with my surname growing up … with an Indian dad and an English mom, probably getting a bit from both sides… while fielding on the boundary in various parts of the world and people say ‘hey Saddam’,” he added.