Soccer in the hood: Players from the National team train during pandemic A group of professional footballers, all residents of the satellite township Navi Mumbai, have been sweating it out morning and evening on the back roads of Nerul to keep up their fitness and footwork, as they prepare for the upcoming season under the guidance of coach Sunil Poojari. The sessions are punctuated by the stark reminder of the times we live in — at regular intervals, the boys take breaks, run to their bags, pulling out small bottles of sanitizer to clean their hands.

The Maharashtra government’s Mission Begin Again, a phased relaxation of the lockdown, has permitted individual physical exercises like cycling, jogging, running, walking in open spaces. The boys are careful to place their exercise mats at a respectable social distance. They stretch, use free weights for weight-training and run for endurance on the newly laid road as a part of the training. 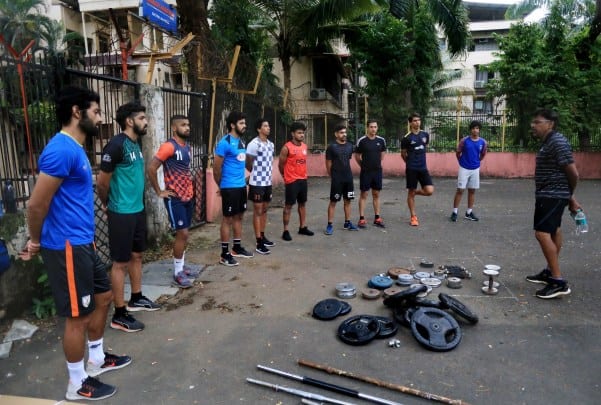 A few of them currently play in the Indian Super League (ISL), a professional football league. A couple of them represent the Indian national team. Just before the season begins every year, this is where the boys congregate and help each other to prepare themselves before they go and practice with their respective clubs. But this year with the qgyms closed, this is the first time they are doing the entire range of their fitness regimen here, including weight training. 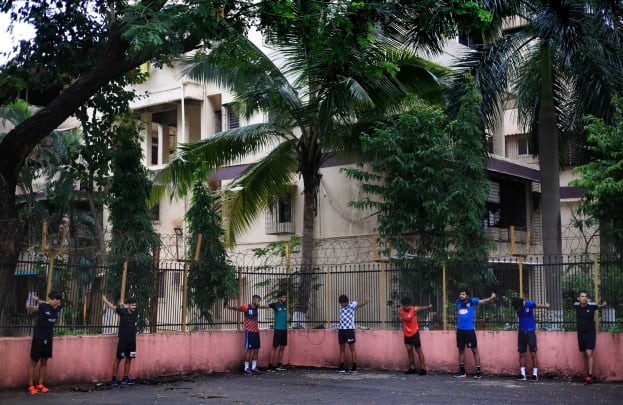 “Working out together helps in faster development rather than individual preparation. Most of these players are groomed here from the early days of their career. They compete with each other to develop themselves; it gives much faster and better results. The National Team and ISL franchises have individual training programs, we try and prepare a program by merging the training methodologies. The main goal is to do pre-season conditioning for the boys, prepare them in such a way for the upcoming season, so that when they go to their respective clubs, they start seamlessly training there without facing any problems “, explains coach Sunil Poojari. 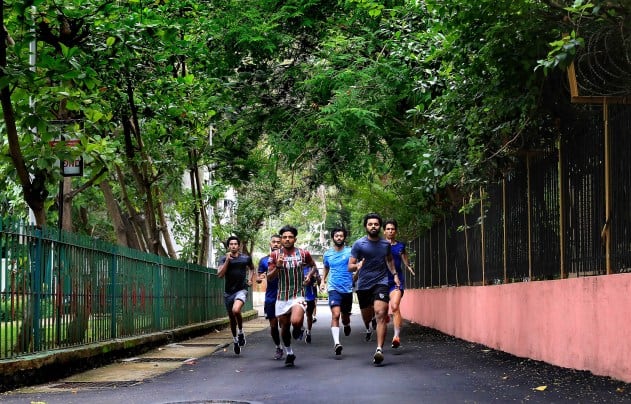 Nikhil Poojari who plays for Hyderabad FC and represents the National team had to stay put at his home for these two months due to the lockdown. He believes that he was lucky as the football season ended before the lockdown was announced in March. 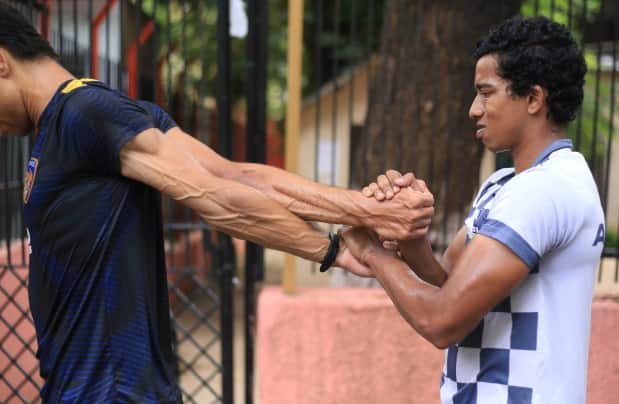 “We were working out at home, unfortunately in Mumbai as we all know our homes are not that big so we will not be able to do much ball work without breaking stuff at home. Furthermore, if one is training individually one tends to give up too soon as the motivation factor is missing. But if one is working with a coach, he will push you to get to the desired goal. It helps us perform better and have fewer injuries during the season”, says Nikhil. 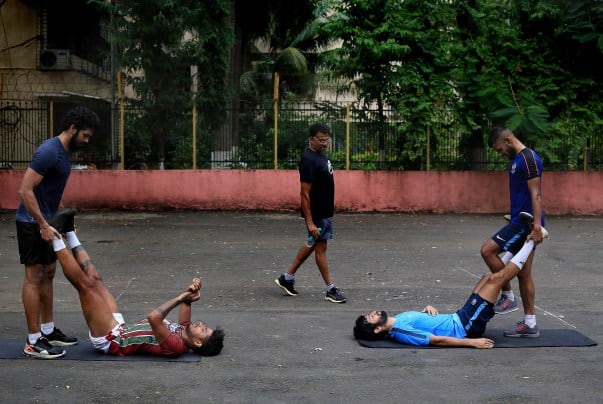 This road has been a favourite, as it is level and has a linear aspect. “Earlier, Corona affected cases were less but the fear was more, but as time progressed the known positive cases are much higher but the fear in us has reduced. Even though my parents advised me not to venture out, I have started training. It is risky, but we cannot stay back home in the whole off-season. We need to prepare,” saysNikhil. 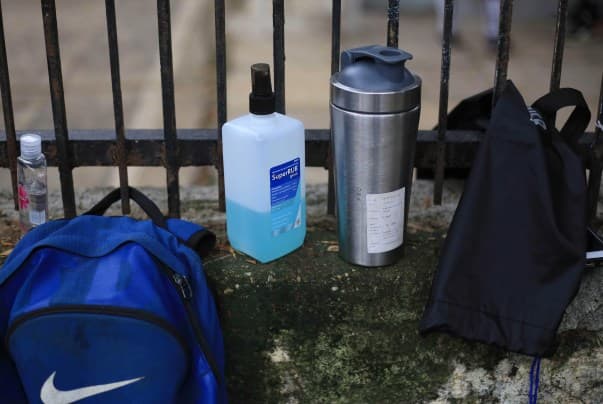 For Rahul Bheke who plays for the national team and represents Bangalore FC in ISL, the lockdown has been a good period in which to to rest, heal his body and spend extended quality time with his family.

“Every year we do our preparation before the season starts under Sunil sir. Because of the pandemic and the government protocols we couldn’t congregate earlier. Our sport has some physical demands and one cannot stay at home and train. To run one has to leave home and be on the field. Had we waited further, we would have lost more days, and had to rush with our training program. The risk of injury would have been higher. During the last phase of our training when we need to do ball work, we will be moving to a proper ground” says Rahul. 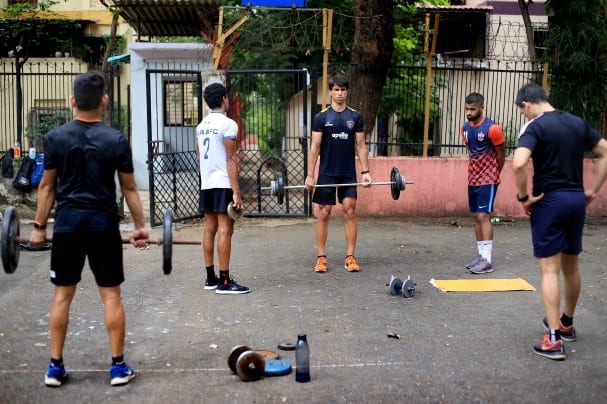 Currently, Nikhil and Rahul apart from joining their respective ISL franchises are preparing to join the national camp for the World Cup qualifiers. The game is scheduled for October -November. Other boys are working hard for a good upcoming season for themselves and the respective clubs they play for. 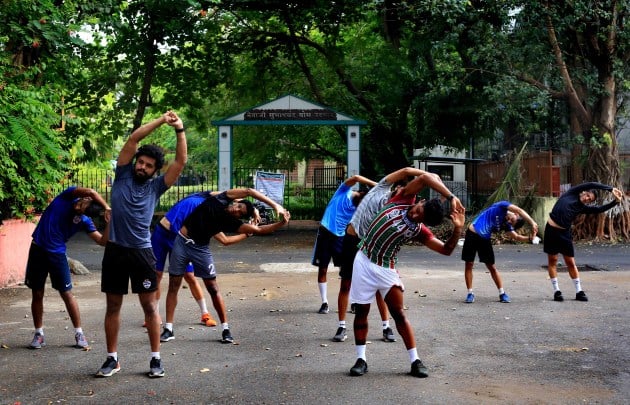 As of now uncertainty looms large on the final dates for the start of the forthcoming professional football season in India. A few local football leagues have already been called off due to the pandemic. Till then, Sunil and his boys will train hard and prepare themselves, with the ‘hood quite oblivious that it is hostong such intense training sessions.