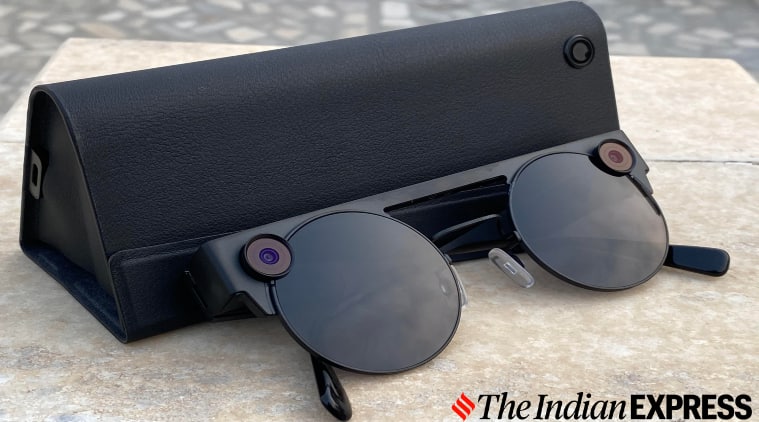 Snap, the company behind the Snapchat app, has set its sight on propping up camera-enabled smart glasses to dominate augmented reality. Even though its Spectacles have so far gotten a lukewarm response from consumers, the company doesn’t seem to be giving up on smart eyewear yet.

Its latest Spectacles 3 smart glasses lean heavily on augmented reality and boast dual cameras to capture 3D videos and photos. But the stainless steel shades don’t come cheap, with the Rs 30,000 tag being the price you have to pay for blending fashion and art. This is also why Snap seems keen on targeting rich influencers, creators, designers and celebrities.

I have used Spectacles 3 for about a week to see if it’s worth spending Rs 29,999 on. Is it really the future of AR and computing? Read on.

For me, the first edition of Spectacles in 2016 felt cheap and didn’t come across as a premium product. But Snap’s third-generation Spectacles take a different route and that also shows in the design language. Spectacles 3 have a stainless steel frame and they come in either a black or gold finish. They have a retro-inspired look yet there is a sense of modernity in the design. 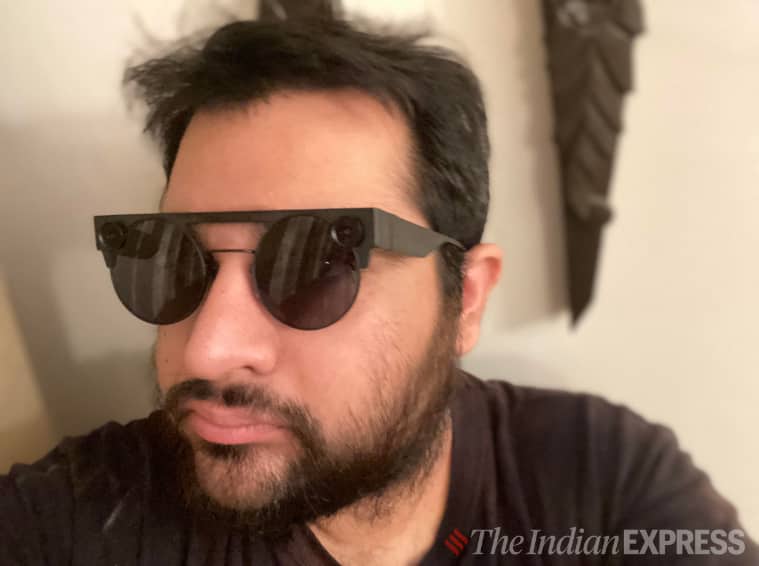 Spectacles 3 have a stainless steel frame and they come in either a black or gold finish. (Image credit: Anuj Bhatia/Indian Express)

The good thing about Spectacles 3 is that they look like a regular pair of sunglasses and you will not stick out in a crowd wearing them. The metal frame makes it slightly heavy and it took me a day to adjust. But be aware that the Spectacles 3’s design does not make it waterproof and if you are caught in the rain, you might wash your hands of the investment.

When you press the button at either temple, you can record 10-second videos with sound or take a photo while holding down on the button for a single snap. You can also extend the recording time of videos up to 60 seconds by multiple presses. The glasses can shoot video at 60 frames per second in a resolution of 1216 by 1216 pixels. As for photos, they are stored at a resolution of 1642 by 1642 pixels. 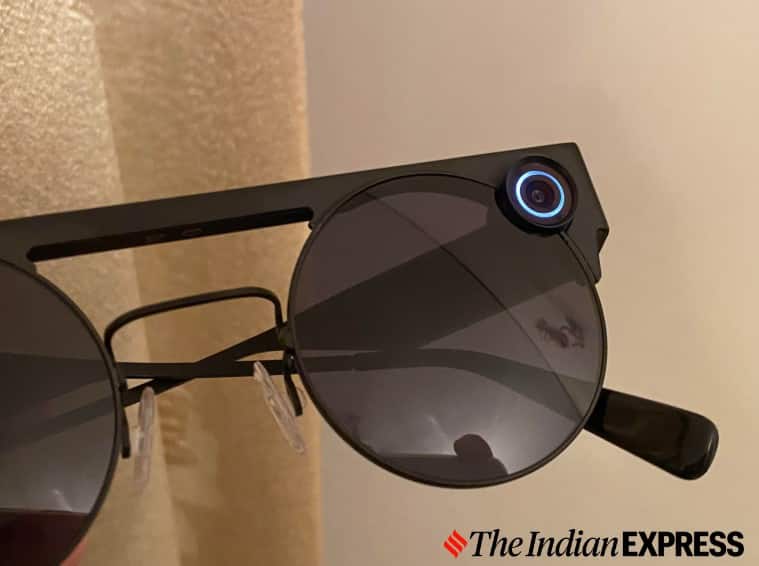 The LED ring lights up when you’re recording a video. This also acts as a warning to other people that you are shooting them. (Image credit: Anuj Bhatia/Indian Express)

The LED ring lights up when the glasses are in use, and there’s also a small inner LED that blinks briefly in the corner of your eye when a photo or video photo is being taken or recorded. There are four internal mics which help improve the audio on captured content. Just for your knowledge, all the components including 4GB of storage, GPS and GLONASS reside in the temples, arms and hinges.

Spectacles 3 also come with a high-quality leather case, which folds flat. The case charges via USB-C, and it can hold up to four charges. A charge takes roughly 70 minutes. Also included a Google Cardboard-like viewer that lets you watch the 3D content in virtual reality.

Like previous models, the camera is the central part of Spectacles smart glasses. This time around, there are two HD cameras that will enable depth to be captured in images. Simply put, the dual cameras can capture photos and videos in 3D. However, things get even more interesting when you add new 3D filter effects to your videos and photos. So you can add AR balloons on objects or add neon arches in the frame. Some of the lenses are actually great as they give a new dimension to the captured content.

While I do like how Spectacles 3 emphasised on capturing and consuming 3D content, there’s a limit to what the glasses are currently capable of. The point to remember here is that you cannot see those 3D effects while shooting the video in real-time. To apply 3D effects on top of the real world around you, one needs to import the 3D photos and videos into the Snapchat app. While it’s easy to connect Spectacles 3 to a smartphone, the process of importing the snap from your Spectacles into Snapchat easily takes more than a minute. Also, I observed that applying 3D filters to videos in the app is rather slow. More so, even on fast Wi-Fi image processing could take much longer than a minute. 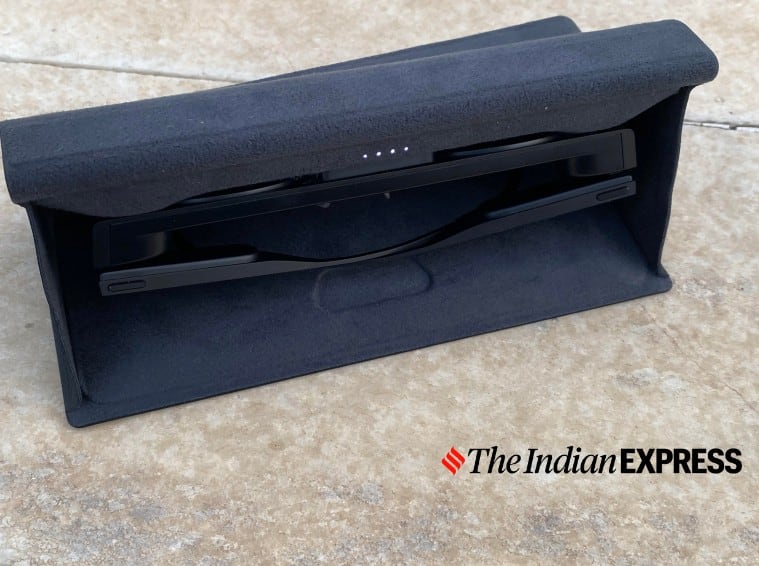 Spectacles 3’s captured video in good quality, but not as good as my iPhone 11’s. It is not great when the light is low and be sure you are in well-lit conditions while using the video recording.

Battery life seems to be ok, and Snap claims the built-in battery can get you between 70 to 100 snaps. That means Spectacles 3 won’t last a full day on a single charge. At Rs 29,999, Spectacles 3 should be considered as a niche product in every sense. From day one, Snap has underlined Spectacles 3 as a product for flamboyant influencers and creators, a set of people who understand the potential of augmented reality in content creation. For the rest like us, Spectacles 3 does not fit into our boring lives. If you have that much cash to spend, go ahead and buy these augmented reality glasses. But one thing to keep in mind is that it’s still early days for AR. Also, I am a bit worried about wearing Spectacles 3 in public, given the glasses come with a camera and they could invade other people’s privacy.