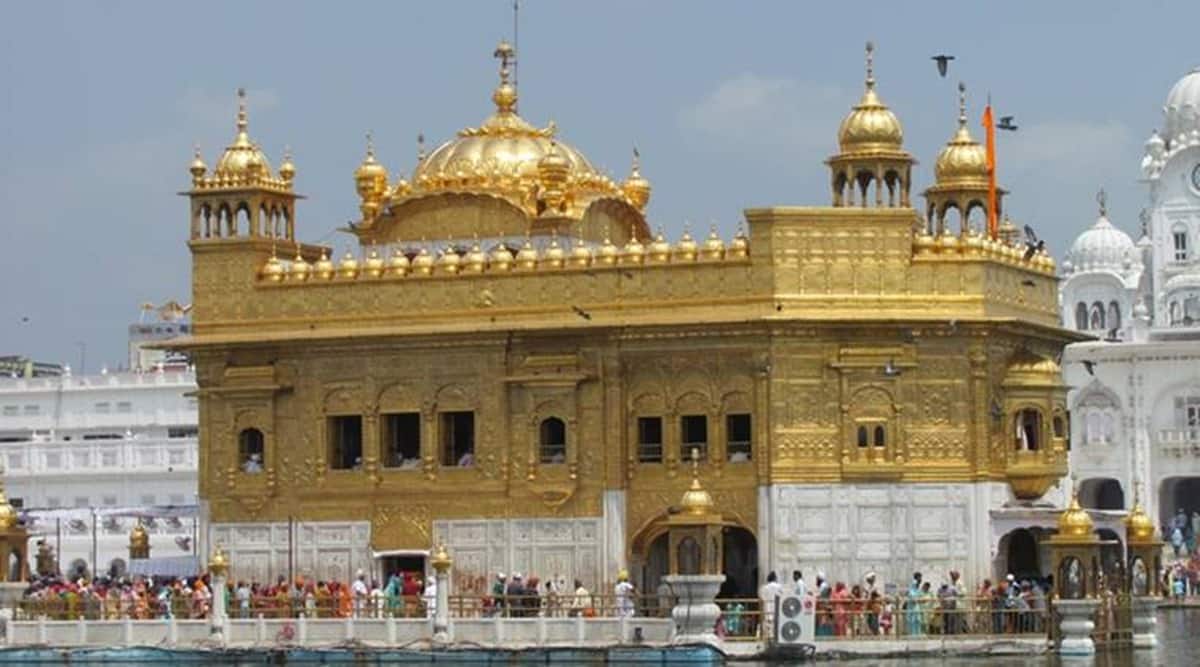 Ugly scenes were witnessed outside the community kitchen of Golden Temple Tuesday as the SGPC task force tried to forcibly prevent people from joining an ongoing indefinite dharna outside the Sikh body’s office. The indefinite dharna has been organised to demand legal action against those officials found guilty in the Akal Takht probe that found 328 Birs of Guru Granth Sahib missing from the publication department of SGPC.

While SGPC is yet to make any statement on the development, Punjab Minister Sukhjinder Singh Randhawa has condemned the attack on activists. Tension had started mounting since morning after SGPC took unprecedented measures to stop anyone from joining Sikh bodies and Satikar Committees activists sitting on dharna, which started on Monday. SGPC had installed barricades at three places to block the access of new volunteers to dharna site.

When new volunteers started pouring in, SGPC officials didn’t allow them to move further. After argument between protesters and the SGPC task force for over one hour, the task force started resorted to use of force.

Reacting after the incident, Cabinet minister Randhawa said, “The Sikh Sangat was protesting peacefully demanding accurate information about the missing sacred birs of Sri Guru Granth Sahib Ji and strict action against the culprits. I demand an answer from SGPC president Bhai Gobind Singh Longowal for this heinous act and besides whose pressure made him incite the task force to target the Sikh community. This act is an unforgivable sin committed upon innocent Sikhs. Task force had even targeted mediapersons, which cannot simply be tolerated.”

He added, “With this action, Badals have earned another black spot. Even before this incident, the sacrilege of Guru Granth Sahib Ji and firing incidents on the Sikh Sangat, who was protesting in peaceful manner, took place during the Badal’s regime. It seems that the Badals have not learnt any lesson from the past….Sikh community would never forgive the Badals who now stand in the same league as Nadir Shah and Ahmed Shah Abdali. Panthic face of Akali Dal has now been completely exposed and just as they were earlier ousted from the state, now the Sikh Sangat is ready to oust them from the SGPC.”

Party spokesman Kanwar Pal Singh said, “The armed men shamefully thrashed members of Satikar Committee and also targeted journalists, who while covering the agitation were performing their duty. SGPC has failed the Sikh Panth. Barricading and closing all entrance points that lead towards protest venue and thrashing those who walk in to join the protesters is nothing but admission that SGPC has no tolerance for dissenting voices.”

He said representatives of all panthic bodies will meet at Akal Takht on September 17 to discuss the missing saroops issue.