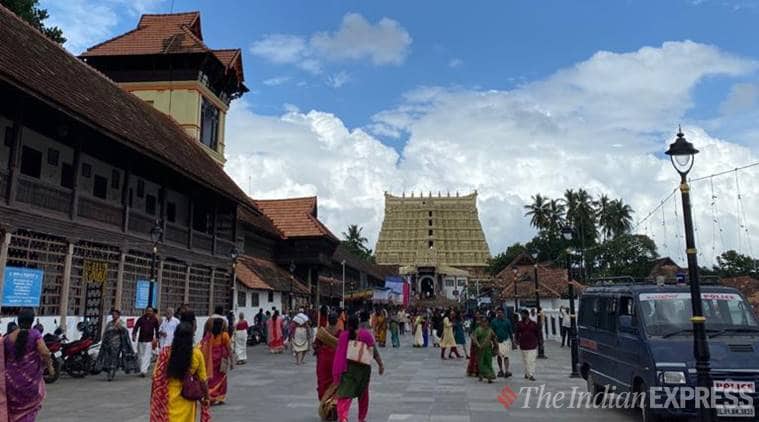 Padmanabhaswamy temple is considered one of the richest temples in the country. (Express photo/Nandagopal Rajan)

The Supreme Court Monday upheld the rights of the Travancore royal family in the administration of historic Sree Padmanabhaswamy Temple in Kerala. The court also approved a committee under Thiruvananthapuram District Judge to oversee the administration.

The controversy over the administration and management of the historic temple has been pending in the apex court for the last nine years in the wake of charges of alleged financial irregularities.

The temple is currently under the administration of a committee appointed by the Supreme Court. The apex court had on May 2, 2011 stayed the high court’s direction regarding taking over of the assets and management of the temple.

A bench of Justices U U Lalit and Indu Malhotra had on April 10 last year reserved its judgment on the pleas challenging the January 31, 2011 verdict of the Kerala High Court in the matter. The high court had directed the state government to take steps to set up a body or trust to take control of the temple, its assets and management and to run the temple in accordance with the traditions.

The temple shot to international fame after treasures worth crores of rupees were found in the secret vaults of the temple basement four years ago.

The sprawling temple, an architectural splendour in granite, was rebuilt in its present form in the 18th century by the Travancore Royal House. Even after India’s independence, the temple continued to be governed by a trust controlled by the erstwhile royal family for whom Lord Padmanabha (Vishnu) is their family deity.

(With inputs from PTI)