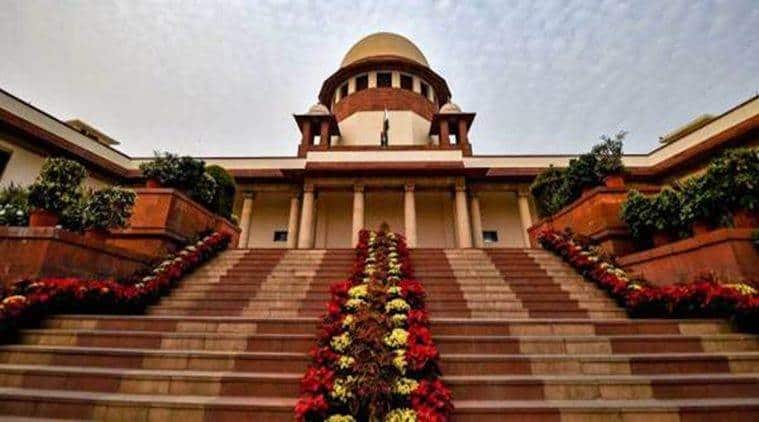 The Supreme Court Monday said it would hear on July 24 the pleas filed by foreigners challenging the Centre’s orders that blacklisted more than 2,700 citizens of 35 countries from travelling to India for 10 years for alleged involvement in Tablighi Jamaat activities.

The matter came up for hearing through video-conferencing before a bench headed by Justice A M Khanwilkar. Solicitor General Tushar Mehta, representing the Centre, requested the bench to adjourn the matter for two weeks.

The bench said the matter would be taken up for hearing on Friday next week. The Centre had earlier sought dismissal of the pleas and informed the top court on July 2 that it has issued individual orders on a case-to-case basis for cancellation of visas and blacklisting of 2,765 foreign nationals.

As per the information available, 205 FIRs have been lodged against the foreign Tablighi Jamaat members by 11 states and 2,765 such foreigners have been blacklisted so far, the Centre had said in its affidavit.

Of these, visas of 2,679 foreigners (including 9 Overseas Citizen of India (OCI) card holders) have been cancelled, it had said, adding that remaining 86 include Nepal nationals who do not require visa.

The top court was also informed by the Centre that 1,906 Look Out Circulars (LOCs) were issued against foreign Tablighi Jamaat members and 227 left India before the issuance of LOCs/Black Listing.

The foreign nationals had on July 2 informed the top court through their advocates that around 1,500 one-liner e-mails were sent to them with regard to cancellation of visas but there was no show cause notice for blacklisting from travel to India for 10 years.

The apex court had asked the petitioners to file a rejoinder affidavit to the Centre’s reply and make appropriate representation with the competent authority with regard to deportation.

On June 29, the top court had asked the Ministry of Home Affairs to clarify its stand about the status of visa of these citizens from 35 countries.

Four petitions have been filed by 34 individuals, including a Thai national who is seven months pregnant, challenging the Centre’s orders of April 2 and June 4 by which 2,765 foreigners in India were blacklisted.

The petitions, filed through advocate Fuzail Ahmad Ayyubi and drafted by advocates Ibad Mushtaq and Ashima Mandla, have contended that the en-masse blacklisting of foreigners without any opportunity to defend themselves is a blatant violation of Article 21 (protection of life and personal liberty) of the Constitution.