Sachin Tendulkar won’t accept it but he was scared of facing Shoaib Akhtar: Shahid Afridi 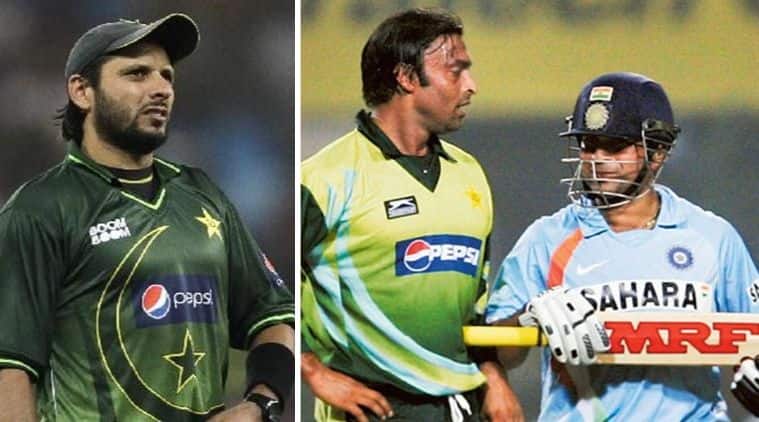 Former Pakistan cricketer Shahid Afridi loves the limelight. Over the past few weeks, he has been in the news for his controversial comments and in a fresh incident, Afridi dug an old grave and reiterated his claim that Sachin Tendulkar was scared of Shoiab Akhtar.

Talking to sports presenter Zainab Abbas, the former all-rounder claimed that Tendulkar won’t accept it but he was scared of the Rawalpindi Express and some of Akhtar’s spells created panic in Indian batsmen’s minds.

Akhtar in his autobiography ‘Controversially Yours’ had made these claims in 2011 and Afridi backed his former teammate.

“Sachin obviously won’t say it himself that ‘I’m scared’. There were some spells from Shoaib Akhtar in which not only Sachin but some of the world”s best also got shaken up. When you are fielding at mid-off or covers, you can see it. You can sense the body language of a player. You can easily understand that a batsman is under pressure, he is not at his usual best.”

“I’m not saying that Shoaib has scared Tendulkar always but there have been some spells from Shoaib that have pushed some of the world’s best onto the backfoot.”

Interestingly, Tendulkar has scored 416 runs against Akhtar at an average of 41.60.

In the 2003 World Cup, the Master Blaster with his superb batting show dominated Akhtar which resulted in taking India to the final against the mighty Aussies.

Tendulkar was dominating Akhtar before the Pakistan pacer stopped the batting great from getting to a memorable hundred.

The Indian opener averages over 45 against the Rawalpindi Express in 19 One dayers. Akhtar got him out 5 times. In Tests, Akhtar has got Tendulkar’s wicket 3 times in 9 matches.