Sachin looked even more determined to score after being hit on the nose: Waqar Younis recalls debut series 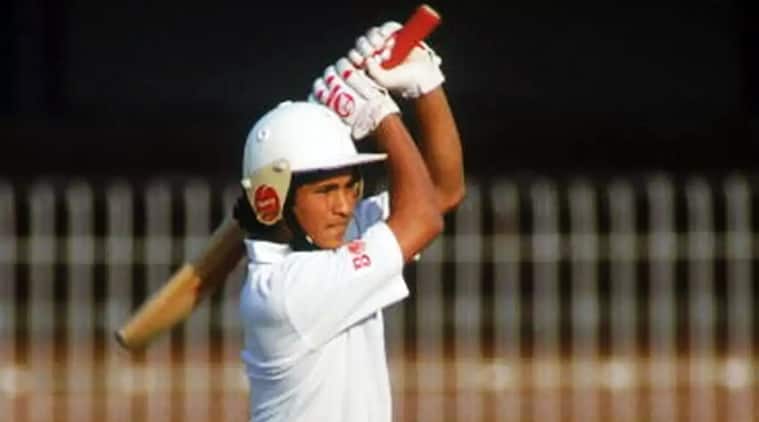 Sachin Tendulkar batting in his Test debut in 1989 against Pakistan. (Archive)

India’s tour to Pakistan in 1989 will always remain special in both arch rivals’ cricket histories as Sachin Tendulkar and Waqar Younis had made their debuts together during the Karachi Test. Recalling their first encounter, former Pakistan skipper Younis said he never realised Sachin would become the biggest name in the coming years as the latter got out for just 15 runs in the debut match in Karachi.

“I was playing my first Test match and it was a dream come true for me. I did manage to bowl 18 overs despite an injury and got 4 wickets including a Sachin Tendulkar’s wicket. He could score just 15 runs but the way he played a couple of classy drives, was really impressive,” Waqar said on Wisden’s podcast ‘The Greatest Rivalry.’

Recalling the incident when the ball hit Sachin’s face, the former Pakistan skipper said, “It was in Sialkot. In Karachi, I got him out early. And the second Test of the four-Test series was in Sialkot and we have curated a greet top wicket to produce a result. 16-year-old Sachin was hit on his nose on my delivery. I still remember, having been hit he just took 5 minutes with Navjot Singh Sidhu on the non-striker’s end. Sachin returned within 5-7 minutes and he looked more determined and played that knock of fifty which really showed his class.”

The Master Blaster hit his maiden fifty in the second Test, scoring a gritty 59 off 172 balls in Sialkot. In the next match, he came close to scoring another half-century but missed out on the feat after being clean bowled by Abdul Qadir for 41.

Waqar also added that there was a buzz about Sachin, who was then just a kid, and the entire Indian cricket team was talking about him. “He was the one who was scoring triple centuries in the school. Who scores triple century in school? In the first look, he did not give me the impression that he was going to be the great Sachin Tendulkar. What he’s done over the years is amazing. His hard work has really paid off,” Waqar said.