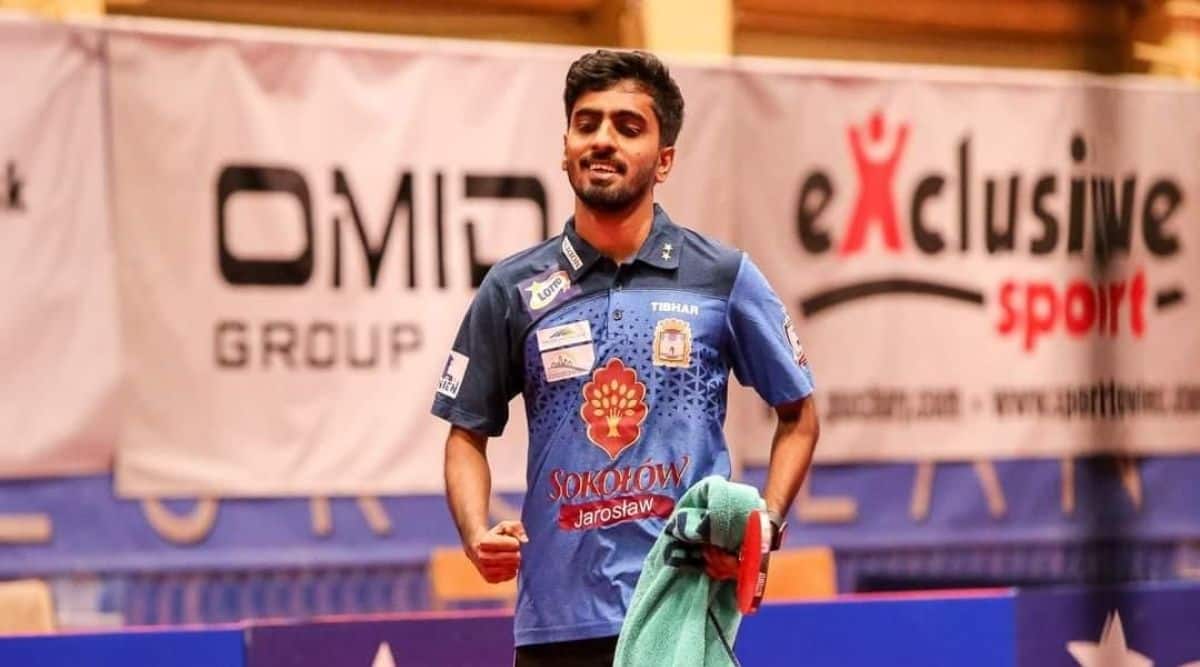 The biggest challenge for 27-year-old Sathiyan Gnanasekaran, however, was mental.

The sound of drums inside a small table tennis hall can be exhilarating for the initiated. But unnerving for a newcomer. The Sathiyan Gnanasekaran from eight months back – before the coronavirus pandemic – would fall in the former category. He’s a veteran in the sport. A World No. 32 who has reached as high as 24, the best-ever for an Indian.

But in Gdansk, Poland, where Sathiyan was to play his first competitive match since March, even he was thrown off guard by the drumbeats.
“There are normally drums (at events), I’m used to this,” he says. “But I hadn’t played for so long in this type of setting. In a way, I was relearning what kind of atmosphere to expect.”

The restart was rusty, when he turned up for Sokołów SA Jarosław in the Polish Superliga last month. But soon he was in the groove, and by the end of his short stay in Poland, the Indian paddler had a 4-0 record.

The biggest challenge for the 27-year-old, however, was mental.

“I was worried how the mind and body would react. I had kept expectations low. I stopped comparing myself to what I was before.”
Physically, however, he says he’s better than he has ever been, having worked hard on his fitness during the lockdown.

“I feel much stronger, I have greater endurance, the explosiveness has increased, and it can go on for longer. Now I just need to get more matches.”

Getting used to the ‘new normal’ was another challenge. Players in the Polish League are allowed to remove their masks only once they’re at the table and ready to play. There are no handshakes, with balls and tables sanitised after each set. But the biggest change Sathiyan had to get used to was to refrain from wiping the sweat on his hands on the table.

“You’re allowed to use a towel after every six points, so it became a habit to rub my hands on the table. Now we’re not allowed to do it, but can use the towel whenever required. Weirdly, this was bit of a challenging aspect,” he adds.

Back in Chennai now, Sathiyan’s looking forward to the Tokyo Olympics. And he is inspired more than ever before to make it there.

In 2015, he did not attend the tournament that would decide who would contest the final Olympic qualifiers after his father passed away. He and coach S Raman then set their sights on Tokyo.

“My coach was always pushing me. I won something, he’d say, ‘ok, what next?’ Then top 100, ‘what next?’ Top 50, ‘what next?’ Never settling, never being satisfied. Now he’s setting a target of breaking into the top 15 and putting up a good performance at the Olympics – not just thinking ‘will I make the Olympics?’”

The ace paddler has given himself the best opportunity. He’s played a lot in the highly-rated German league. He’s invested in a robot – essentially a feeder that can alter spin and pace in shots fired at the paddler – and even hired Chinese player Shen Yaohuan to help him train in Chennai.

Now Sathiyan’s due to play in the Japanese League for Okayama Rivets. It was a move originally scheduled for after Tokyo 2020, but is now an ideal opportunity for him. His teammates include World No. 13 (formerly 5) Koki Niwa. And he’ll compete against current and former World No. 4s Tomokazu Harimoto and Jun Mizutani respectively.

“I’ll be playing in Tokyo, against the players who will be favourites at the Olympics,” he says. “This is the best preparation I could have asked for.”