Rubina Dilaik on Shakti Astitva Ke Ehsaas Ki: It has influenced the industry at a micro level 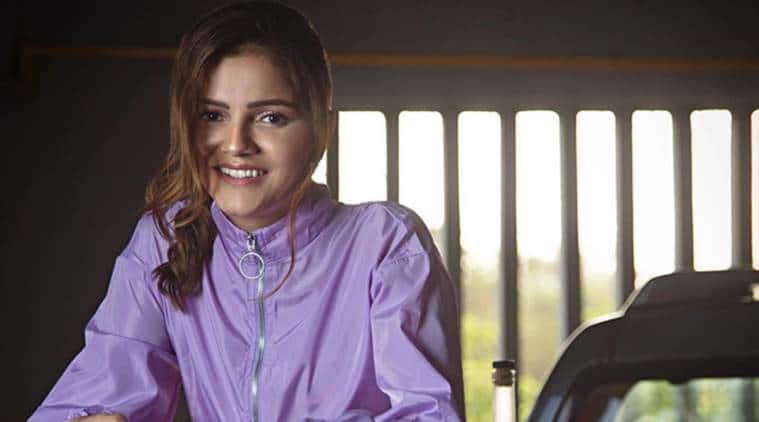 Television actor Rubina Dilaik says choosing to play a transgender character in the show Shakti Astitva Ke Ehsaas Ki was nothing less than a risk. The actor, who left the show earlier this year, believes it helped her understand the life and struggles of those people.

During a recent interaction with Indianexpress.com, Rubina opened up about her TV journey, her choices and Bollywood.

How has the shift from Shimla to Mumbai been?

It has been 12 years now. Back in early 2008, I gave my audition for Chotti Bahu in Chandigarh and that’s how the journey began. In the industry, people talk about how getting their first project was a struggle but for me, the real struggle in Mumbai was to adapt to the lifestyle, culture and work ethics. I landed in an environment so competitive and full of glamour. The challenge was to learn it all in a short span. It has been full of learning and great experiences and when I look back, I see a 360-degree transformation (of myself), which was for the best. I am just grateful.

I see people around not wanting to acknowledge that they come from a small town, but it is like a jewel in my crown. I am proud to be a village girl. It has kept me rooted and helped me retain the authenticity of who I am. I believe it’s your roots that define you.

People showered so much love on you for Chhoti Bahu and Shakti. As an actor, did that increase your responsibility?

I have always felt responsible for every character I played, devoting myself to learning everything about the craft. My set was my school.

Also, I believe that to breathe life in the character you have to have a sense of responsibility. I have never taken my stardom for granted. I fought to prove myself because I know I am very fortunate to have this opportunity. When you understand the importance of your role and how you affect the audience, you automatically become responsible.

Shakti brought a change in how serials are perceived. It’s one of a kind. Was that the reason why you chose it?

It was an instinctive decision. I thrive on challenges. It gives me a kick. People were turning it (the role) down and though I too had my apprehensions, my gut said I should try it. The risk factors were high but I am proud that I did it. It was a blind plunge and I am grateful for the love it received.

Did it somehow lead to a better understanding of the third gender?

It opened up a new world. Nobody spoke about this section of our society and if they did, it was in hushed tones. The series has changed my understanding of human beings and emotions. It has thrown light on their struggles. We had 15-20 transgenders as part of the cast. They would be so thankful to the team every day, which made me realise how suppressed they were.

I realised that we look at them through a different filter. We sideline them because they are not physically similar to the majority. But I would not miss the opportunity to mention that our show brought a change and raised a voice in their favour. It gives me immense pleasure to be a part of the shift in society.

Has it been able to change society, the show? Did you see any such example?

I won’t call Akshay Kumar’s film Laxmmi Bomb directly influenced by us, but one of our transgender actors worked on the film to help the team understand the community. So, the show has directly or indirectly influenced the industry at a micro level.

You left the series after it took the leap, but people miss you on screen.

I get goosebumps every time I am asked about this. The show, the character was a part of me. But I decided to part ways because it was a dead-end for Soumya. The story had to move on. Being a part of the show for so long, I did not want to become a hindrance to its growth. I am fortunate the team was so understanding and we all were on the same page.

What can you tell us about your upcoming projects?

Work-wise, there are things in the pipeline but due to the pandemic, we took the conscious decision to make this year about ourselves, our family and our health. Covid-19 taught us the importance of taking a pause. For now, we are nourishing ourselves and re-energising and after that, we will offer the world what we have.

What sort of shows do you want to be a part of?

I might wait for a challenging role or breathe life into any character that comes my way but what I can promise is my undivided attention and absolute conviction.

Any ambition to work in the film industry?

Around six years ago, I wanted to explore Bollywood but the kind of projects I was getting did not make me want to take the risk. As an actor, the medium does not matter.

It would be an injustice on my part to feel TV is less than Bollywood. TV has been my bread and butter, it gave me recognition, it made me connect to millions and allowed me to voice my opinion.

Every artist needs to be respected and seen in the same light. Our industry will eventually come to that level of understanding but even I have brought that change in my own thinking, I guess the shift in the consciousness is happening.