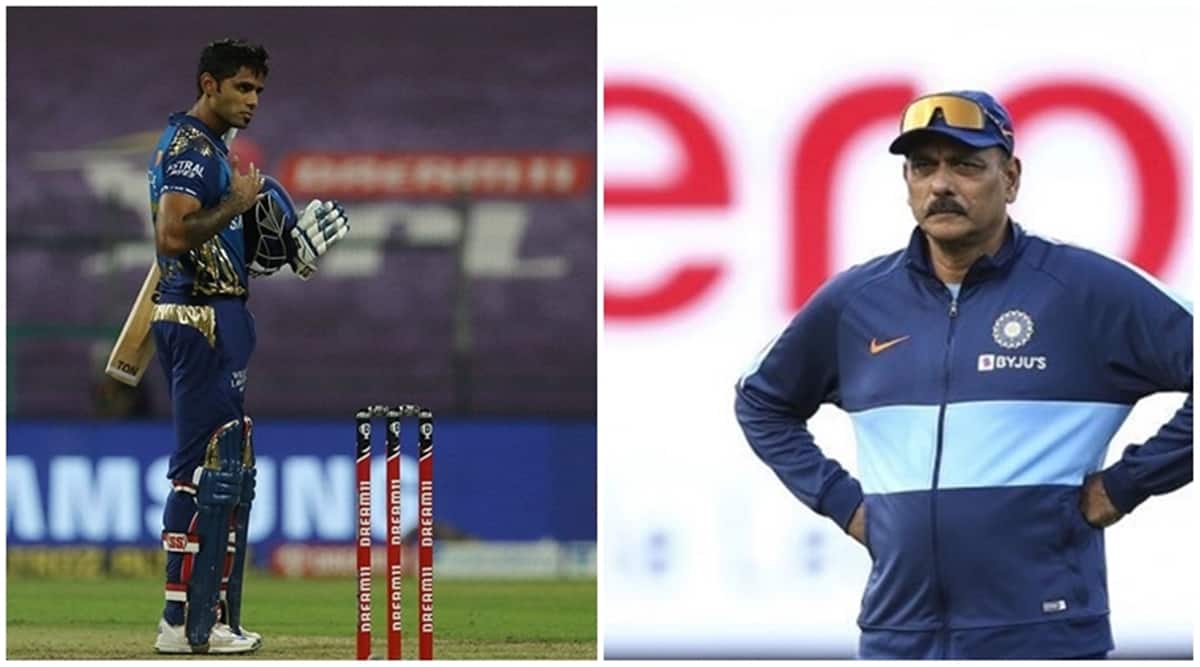 After words of encouragement, India head coach Ravi Shastri has revealed why Suryakumar Yadav’s was absent in the squad for the Australia tour.

Despite his consistent run in domestic cricket and the Indian Premier League, Yadav did not feature in India’s white-ball squad named for the series down under.

Stating that the Indian team is currently packed with talent, Shastri explained that there is no room for the 30-year-old to make the cut.

“That’s why we say to these youngsters – be patient. Like Suryakumar there are 3-4 other players on the fringe but when you have a team that is packed with talent and experience it becomes very difficult to get in,” Shastri told Times Now in an exclusive interview.

“I remember a period in my career when 1-6 in the Indian batting line-up everyone was certain of their places and it was difficult for anyone to penetrate that middle-order and yet you had some people who were scoring tons of runs in domestic cricket and knocking at the door,” he added.

Veteran off-spinner Harbhajan Singh was among many who raised questions on the Board of Control for Cricket (BCCI) selection policy after Mumbai-born batsman was dropped from the team selection.

Harbhajan was left amused after the Mumbai Indians’ batter was not picked despite his consistent performances in the IPL. Bhajji took to Twitter and said,” Don’t know what else @surya_14kumar needs to do get picked in the team india.. he has been performing every ipl and Ranji season..different people different rules I guess @BCCI. I request all the selectors to see his records.”