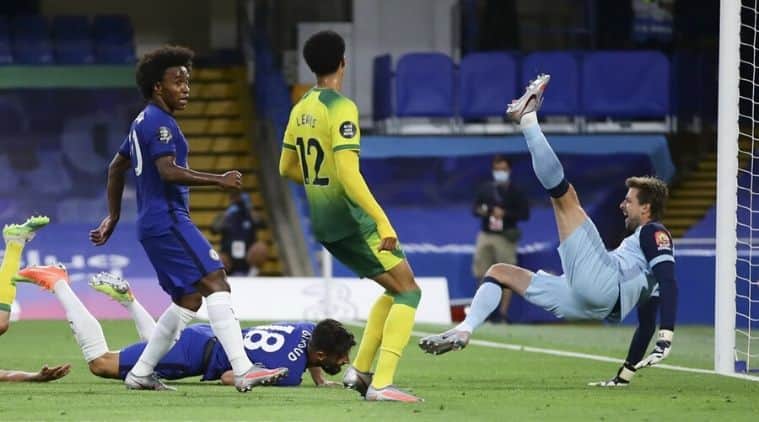 “I was delighted with Christian’s movement to run behind and the little angle because that’s not what we were doing in the early stages of the game,” Chelsea manager Frank Lampard said. “The link-up is good.”

It was the 33-year-old Giroud’s fourth goal in seven games since the league resumed after a three-month coronavirus pandemic shutdown.

“I missed some things sometimes I didn’t miss usually, a lack of confidence maybe, but my desire to score was bigger so I just tried to stay focused,” the forward said. “A great cross from Christian I anticipated well.”

Pulisic was Chelsea’s most threatening player, having had an effort tipped onto the crossbar by goalkeeper Tim Krul before the opener. The American was also denied by Krul from a volley in the second half at a supporter-free Stamford Bridge.

But Giroud’s goal proved enough to ensure Chelsea made an instant recovery from a 3-0 loss at Sheffield United on Saturday in the pursuit of one of the four Champions League qualification places.

With two games remaining, third-place Chelsea moved four points ahead of Leicester and Manchester United, who both play on Thursday.

“I want a bit more quality,” Lampard said. “We need to move the ball quicker, not take time, not take touches to allow a team to be compact. We have to move them more and be more mobile in our rotations.”