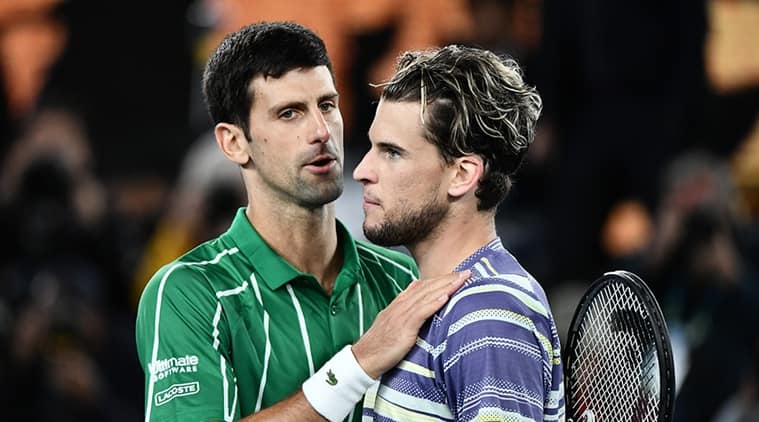 Dominic Thiem has come out in the defence of Novak Djokovic and other participants of the controversial Adria Tour last month, saying that the criticism has gone too far.

Earlier, Djokovic, his wife Jelena, his coach Goran Ivanisevic, and other participants like Grigor Dimitrov, Borna Coric, and Viktor Troicki were all tested Covid-19 positive while participating in the exhibition event.

As a participant, Thiem had also undergone a test for the virus that has claimed 572,000 lives so far. The Austrian tested negative but he apologised for his and all the other players’ behaviour at the event.

Speaking at exhibition event in Berlin, Thiem said, “We have to learn from the mistakes and be careful nowadays with this pandemic we are facing. That’s what we have to take from the Adria Tour.”

“Novak and the others didn’t commit any crimes, you have to make that point. The fact we were criticized is not unfair because we all made mistakes. That’s clear. But it was way too much at the end because the whole tournament was well-intended,” he added.

READ | Djokovic accuses critics of ‘witch-hunt’, undecided on US Open

The 2020 Australian Open finalist is attending an exhibition event in Berlin now, aiming to prepare himself for the upcoming US Open, which will be held without fans and a handful of restrictions this year.

Thiem has also expressed his discontentment with the restrictions imposed as he believes that atleast “three-four people should be allowed with a player”. Even Djokovic, Ashleigh Barty, and defending men’s champion Rafael Nadal, have expressed reservations about heading to Flushing Meadows at the end of August.