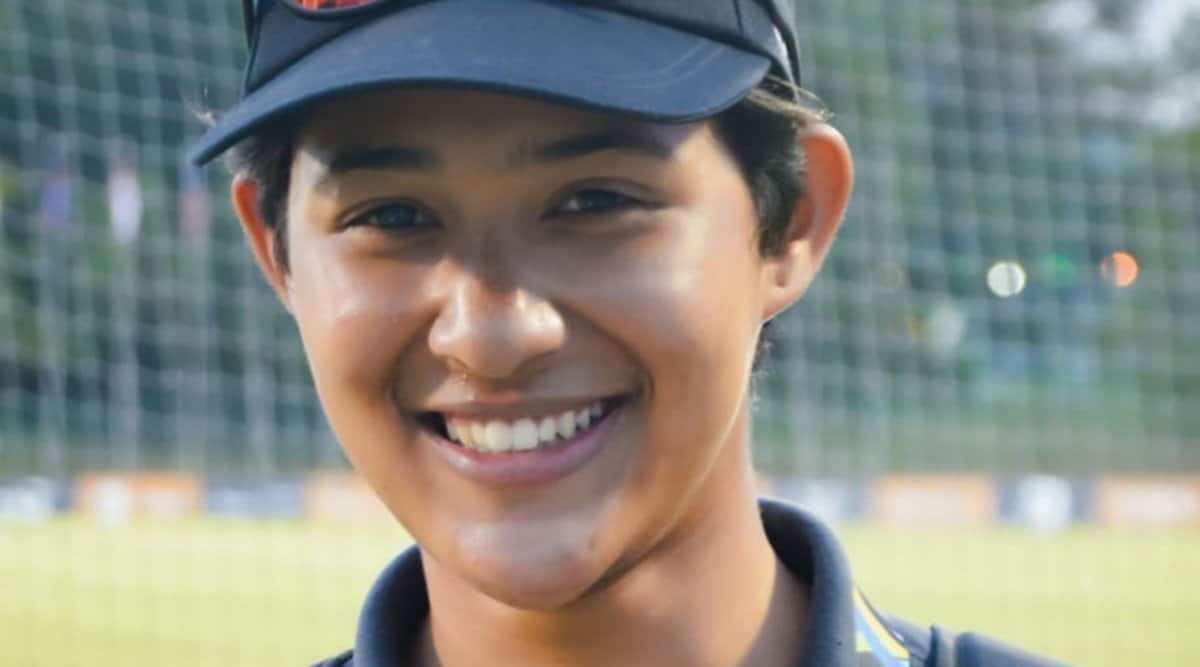 Not many cricket careers would stutter for want of a TV set-top box – an additional second one in the family. For Nattakan Chantam (pronounced: na-taa-kaan chan-taam), Thailand’s right-hand opening bat and pacer, trying to capture the signal of a cricket relaying-channel in Bangkok became crucial when she felt the need to watch what authentic cricket at the topmost level looked like. The Associate Nation player’s only window into the game were highlights on YouTube and Facebook, which she soon outgrew.

This week, the exuberant Thai will be on TV herself as part of BCCI’s Women’s T20 Challenger tournament in UAE, a historic first for the south-east Asian nation. Suleeporn Laomi was the first Thai to turn out for Sydney Thunder in the Women’s Big Bash in Australia. The Indian tournament will welcome the easy-smiling speedster with the disarming folded-hands greeting, common to several Thai international athletes, as the 4-match event takes off on Wednesday.

For the 24-year-old first-timer in the big league, things taken for granted in countries where cricket is a mainstream sport – like a turf pitch – have not been easily available. Improving her game by switching on the TV too proved difficult. “In Thailand, channels showing live cricket are not available. We needed to buy an extra TV box to receive the signal. Otherwise, it was just highlights on social media platforms,” Chantam told The Indian Express.

Every piece of playing gear too needed to be imported – from India, Australia or Malaysia. “We needed to plan in advance if we had to buy cricket equipment,” she added.

Chantam started playing cricket with her school team in her third grade. “I didn’t know cricket back then. As a sportsperson, I was keen to try new games and was also in the basketball club. However, at some point, I needed to choose and I knew cricket was simply the one,” says the 38-games-old Thai international.

Talking to the ICC’s official YouTube channel last year, Chantam described how the Thai team lived the whole year round in a massive house with three bedrooms and trained together, solidifying the bond among the players.

All this while, her parents would stay a little boggled about this new sport, even when she set off for Dubai to play the BCCI tournament. Her father is a teacher and mother a hairdresser, and both earnestly shared her enthusiasm when she announced she was picked for the event.

“They were confused because they don’t know much about cricket or what this Women’s T20 League means to cricket players. I told them this is big, so they are excited for me,” Chantam said. “My friends were very curious. When I tried a simple explanation that you use a thin flat wood bat to hit the ball, most of them thought it was hockey!” she laughs.

She came up on the Indian board’s radar because of her batting performances against India and Pakistan. Playing for Thailand A as part of a quadrangular series in Patna, Chantam had scored 80 against the Indian bowling attack and later another half-century against a strong Pakistan line-up at last year’s T20 World Cup.

Thailand’s coach is Harshal Pathak, a former cricketer from Pune. He informs her nickname is Jean and describes Chantam as an opener with a sharp mind who can bat at any position.

“Her game sense is immense and she reads match situations much better than others. At the same time, her strokes are world-class. The fifty she scored against Pakistan bowling brought her in the limelight,” Pathak said. The coach would ensure the Thai team spent an extended stint at Pune’s Cadence Academy, soaking in the skills.

Chantam’s far from the impetuous cricketer who’ll use aggressive batting as the best recourse and perish if the big hit doesn’t come off. Chantam respects the cricketing single, rotating strike and finding the gaps – signs of a wise and evolving cricketer.

She told the ICC earlier, “In Powerplay, everyone (is fielding) inside, only two outside. So everywhere, (there is) space for me. Big gap for me.” She’d view the open spaces with a glint in her eye, though she’s known to send some soaring as well. “My mentality is (to) hit for one run through the gap. Our (hers and her batting partner’s) approach is different, my plan is (to) hit through the gap and give her the strike,” Chantam added. Which explains her choice of Mithali Raj and Virat Kohli as favourite Indian cricketers.

She loves a good challenge though: like English batter Danni Wyatt in full flow. “I wanna see how aggressive she can bat against us,” the pacer told ICC, adding South African Lizelle Li’s quick bowling is another source of inspiration.

She admits to being pleasantly surprised when chosen for the Challenger. “I could not believe it because I did not expect to be chosen. It was a lot of emotions when I first heard the news. I was shocked, delighted, excited and nervous. As soon as I realised that I would be joining IPL (Women’s Challenger), I planned for mental and physical training just to be ready for the tournament,” she said.