Replying to the Motion of Thanks on the President’s Address in Lok Sabha, Prime Minister Narendra Modi on Wednesday defended the contentious agriculture laws that are at the centre of farmers’ agitation, which has now entered its third month.

The Prime Minister asserted that neither has any farm mandi been shut nor has Minimum Support Price (MSP) discontinued after three laws were enacted.  “After the Laws relating to agriculture were passed by Parliament – no Mandi has shut. Likewise, MSP has remained. Procurement on MSP has remained. These facts can’t be ignored,” PM Modi said even as Congress MPs staged a walk out.

From the Covid-19 pandemic to the ongoing farmer’s protest, here’s what he said:

*The speech by President showcased India’s ‘Sankalp Shakti’. His words have boosted the spirit of confidence among the people of India.

*During the discussion on the President’s speech, a large number of women MPs took part. This is a great sign. I want to congratulate the women MPs who enriched the House proceedings with their thoughts. *The post-COVID world is turning out to be very different. In such times, remaining isolated from global trends will be counter-productive. We will have to emerge as a strong player. That is why India is working towards building an Aatmanirbhar Bharat. We need to be self-sufficient like we become in the pharma industry.

*Today we can hear ‘vocal for local’ in every corner of India. People look for local. This sense of self-respect is working a lot for Aatmanirbhar Bharat.

*Our doctors, nurses, Covid warriors, safai karamcharis, those who drove ambulances…such people and so many others became manifestations of the divine who strengthened India’s fight against the global pandemic.

*This House, our government and we all respect the farmers who are voicing their views on the farm bills. This is the reason why topmost Ministers of the Government are constantly talking to them. There is great respect for the farmers.

*Those who are disrupting the House are doing so as per a well-planned strategy. They are unable to digest that people are seeing through the truth. Through their games, the trust of the people can never be won. 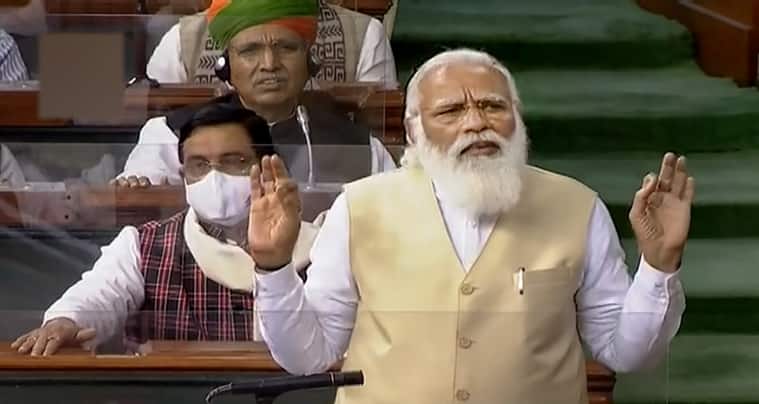 *I consider the farmer’s protest to be ‘pavitra’. But, when ‘Andolanjeevis’ hijack protests, showcase photos of those jailed for serious offences, does it serve any purpose? Not allowing toll plazas to work, destroying telecom towers- does it serve a pavitra andolan?

*There are people who talk the right things. But this same section, when it comes to doing the right things, fail to convert words into action. Those who talk big on electoral reforms oppose One Nation One Election. They speak of gender justice but oppose triple talaq.