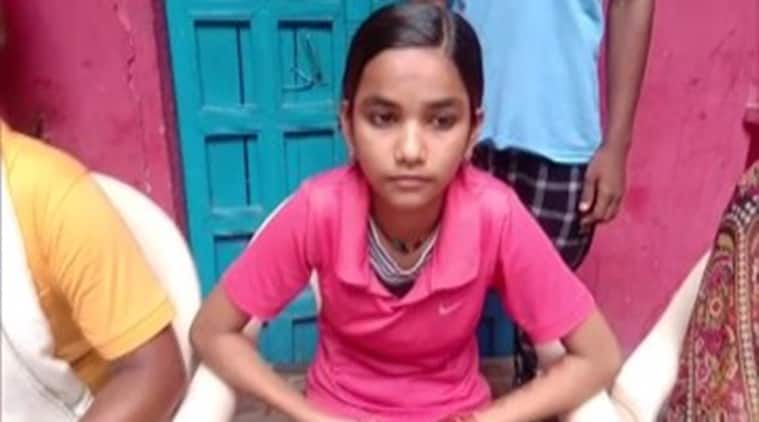 Roshani Bhadoriya, encouraged by her marks, now aims higher and wants to a pursue a career in civil services. Image source: ANI

MP Board 10th result 2020: A 15-year-old girl’s determination to pursue her studies by cycling 24 km every day to and from her school in a Madhya Pradesh village has paid off as she has secured 98.75 per cent marks in her Class 10 exams. Roshani Bhadoriya, encouraged by her marks, now aims higher and wants to a pursue a career in civil services.

The girl’s father, a farmer, said he is proud of her achievement and would now arrange a transport facility for her to go to school. The teenager, a resident of Ajnol village in Bhind district of Chambal region, secured 98.75 per cent marks and 8th rank in the merit list of the Madhya Pradesh Board of Secondary Education’s Class 10 exams, the results of which were declared on Saturday.

Her father Purushottam Bhadoriya told PTI that till Class 8 his daughter studied in another school where bus facility was available. But after that, she shifted to a government school in Mehgaon, located around 12 km from Ajnol, where transport facility was not available, he said.

“Since Roshani got enrolled in Class 9 of Mehgaons Government Girls’ School two years back, she had to cycle to reach school on several days due to unavailability of other modes of transport like taxis, he said. Bhadoriya said he will now make some other transport arrangement for her to go to school.

The farmer, who also has two sons, said everybody in Ajnol is happy with her daughter’s feat as none from the village attained such academic success. When asked about her school journey experience, Roshani said, “It was difficult to go to school on a bicycle. Though I didnt count, I cycled for about 60 to 70 days a year to reach the school. My father also took me to school on his motorcycle whenever he had time.”

The girl said after returning home, she used to study for seven to eight hours every day. Roshani said her aim is to clear the civil service exams and become an IAS officer.