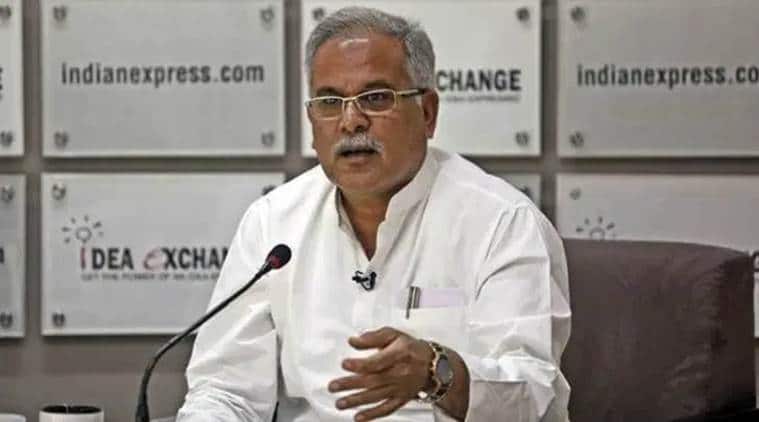 At a time when the BJP in Chhattisgarh is mocking the Congress-led government’s scheme to purchase cow dung, the RSS has come out in praise of Chief Minister Bhupesh Baghel for the scheme.

Godhan Nyay Yojana, under which the state government will purchase cow dung at the rate of Rs 1.50 per kg, is to be launched on July 21.

On Tuesday, a group of RSS supporters met the Chief Minister and handed him an “appreciation letter”. Subodh Rathi, an RSS member and prant pramukh (regional head) of Gau-Gram Swawalamban Abhiyan, said, “In November 2019, we had started a statewide programme, urging district authorities to start purchasing cow dung and cow urine to help people in villages and those who look after cows. Since the government has accepted parts of our demands, we wanted to show gratitude and offer some suggestions,” Rathi said. “We had demanded that the cow dung be purchased at the rate of Rs 5 per kg. We also want the government to buy cow urine as it can be used to make bio-pesticide.,” he added

The letter, signed by the Sangh’s regional convener Bisraram Yadav, identifies Baghel as “our popular chief minister” and thanks him for fulfilling one of their demands. It lists other demands, including setting up a special market for crops grown with the help of biofertilisers.

RSS leaders, however, claimed that this should not be seen as a letter from RSS. “It will be wrong to claim that the letter was from RSS. It is a wing of RSS that participated in this. Programmes to strengthen rural economy were always a part of our ideology,” state RSS leader Prabhat Mishra said.

The Opposition BJP has mocked the state government over the scheme, with former panchayat minister Ajay Chandrakar calling the government cow-dung dependent.

BJP leaders have also taken a dig, stating that instead of helping educated youth get employment, the government is forcing them to look for cow dung. “This government believes in initiating schemes. There was only a declaration and no framework,” former Chief Minister Raman Singh said. “The letter was not given from the RSS. The RSS has a lot of wings, and if some individuals want to express their support, it shouldn’t be taken as RSS’s support.”

Rathi, however, said, “It is up to BJP leaders to decide if they want to go against the programme, but our group includes farmers, cattle caretakers and saints who all have their own cattle. We appreciate this scheme as it is the first step towards making the rural economy dependent on cattle strong.”

Chief Minister Baghel said he is not surprised by the RSS move. “They are feeling left behind politically. Since this scheme is getting appreciation from every section of the society, they want to show they are the champions of the cause,” he said.