Micromax IN 1b vs Realme C11 vs Redmi 9: How it fares against existing entry-level phones 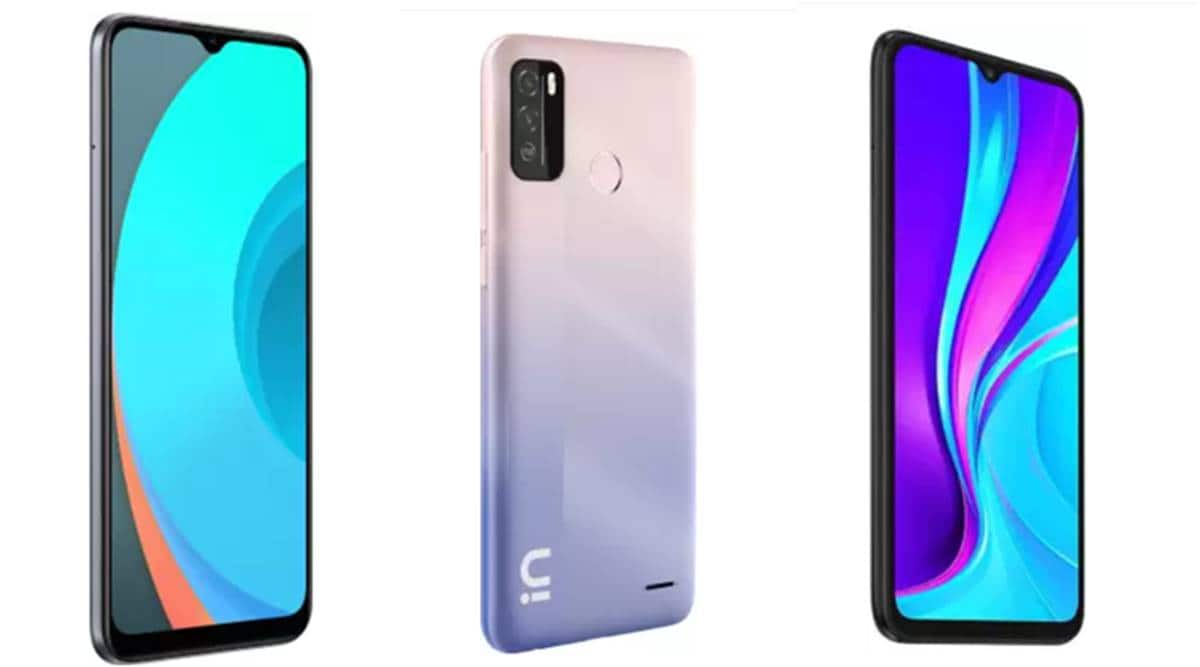 Micromax marked its comeback to the Indian smartphone market with aggressive pricing in an attempt to undercut its rivals. With the launch of IN 1b, the Indian smartphone maker has given potential buyers a new option in the entry-level segment. The phone has a starting price of Rs 6,999, which makes it one of the most affordable phones in the market if one were to consider the specifications. Here’s a comparison of Micromax IN 1b with Realme C11 and Redmi 9.

Micromax IN 1b has a 6.52-inch HD+ IPS display with a resolution of 1600 x 720 pixels. The display specifications are good for content consumption, but it is yet to be seen how much detail it offers along with its visibility under sunlight.

Realme C11 has a 6.5-inch HD+ display with sunlight screen support and a 120Hz touch sampling rate. There is not much difference in the size of the Redmi 9 display as well as it is a 6.5-inch LCD IPS display with different modes like reading mode, sunlight mode. On the front, all three phones have a waterdrop-style notch.

On the back, Micromax IN 1b and Realme C11 have a similar design with a vertical matte strip running from top to bottom and branding on the latter. Redmi 9 takes a more simple approach. All three phones have a fingerprint scanner on the back below the camera module.

All three phones are powered by the MediaTek Helio G35 SoC. On paper, all the phones seem well-equipped, though real-life performance can only be determined once we have reviewed the device.

One aspect where Micromax IN 1b has an advantage is its software as it will deliver Google’s stock Android without any bloatware. But the 2GB RAM version has the Android 10 Go edition, which is optimised version of the OS for phones with less RAM, though you can download all the regular non-GO apps on it as well. The 4GB RAM version runs Android 10. Micromax co-founder Rahul Sharma also promised two years of guaranteed software updates. On the other hand, Redmi 9 and Realme C11 have MIUI and Realme UI on top of Android 10 respectively. These skins from Redmi and Realme come with a lot of customisations for users.

Micromax IN 1b has a dual-camera setup on the back with a 13MP primary camera and a 2MP camera for depth. The camera specifications on the rear are the same on Realme C11 and Redmi 9. Again, it is yet to be seen how well Micromax 1b’s cameras perform while capturing detail or where light conditions are not favourable. On the front, it wins on resolution sporting an 8MP camera compared to the competition’s 5MP camera.

All three phones are powered by a 5,000 mAh battery. Micromax 1b and Realme C11 support 10W charging speed and reverse charging. The good thing Micromax did is include a USB Type-C port on the In 1b. Batteries of these phones should last a day on a single full charge.