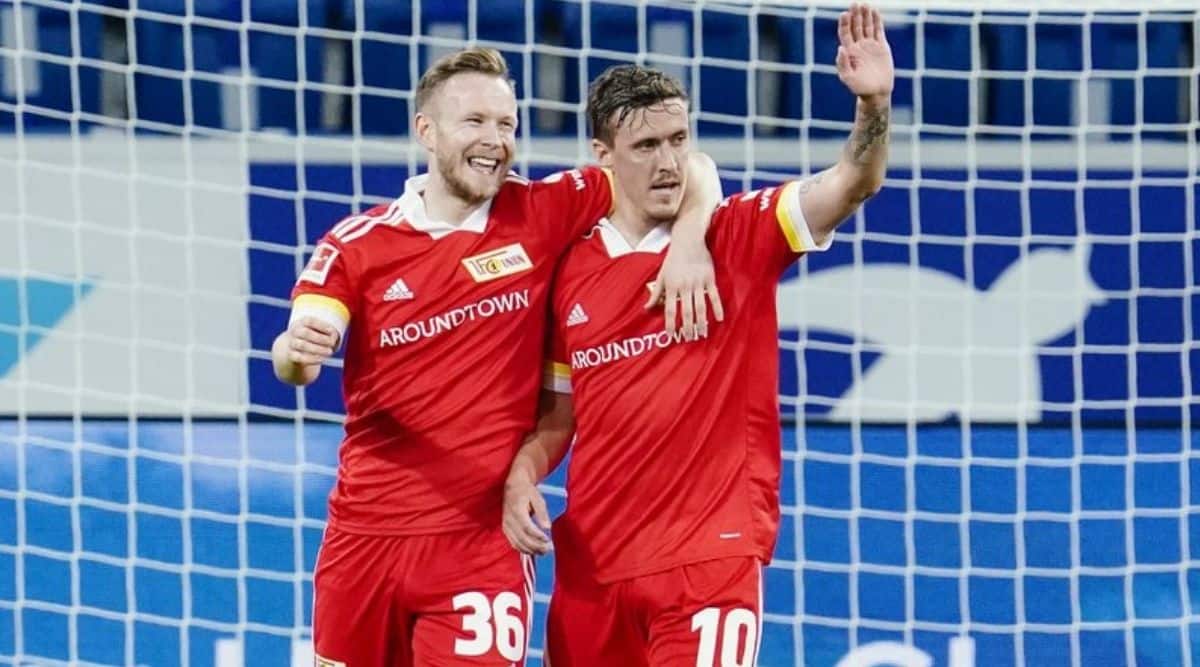 Berlin’s Cedric Teuchert, left, celebrates with teammate Max Kruse after scoring against Hoffenheim during their German Bundesliga match at the PreZero-Arena in Sinsheim, Germany, Monday, Nov, 2, 2020. (Uwe Anspach/dpa via AP)

Former Germany striker Max Kruse scored one goal and set up two more for Union Berlin to beat Hoffenheim 3-1 away in the Bundesliga on Monday.

Union climbed to seventh place with nine points from six rounds, while Hoffenheim dropped to 12th with seven.

Kruse opened the scoring with a penalty in the 60th minute and helped substitutes Joel Pohjanpalo and Cedric Teuchert seal the win.

Both teams had good chances in the first half, with Manus Dabbur going close for Hoffenheim while Taiwo Awoniyi fired just over for the visitors.

The decisive moment occurred in the 58th, when Robert Skov gave away a penalty with a foul on Sebastian Griesbeck. The Hoffenheim midfielder was sent off, and Kruse scored his second goal of the season from the penalty spot.

Dabbur equalized against the odds in the 80th, but Kruse set up Pohjanpalo to force the visitors’ second goal in the 85th. Hoffenheim goalkeeper Oliver Baumann stopped the Finnish striker’s shot, only to see the ball ricochet off his legs and in.

Kruse latched onto Marius Bülter’s long ball out for a counterattack in injury time and gave Teuchert an easy finish to round off the scoring.

Bayern Munich leads on goal difference from Borussia Dortmund ahead of their clash in Dortmund on Saturday. Both sides have two points more than previous leader Leipzig.