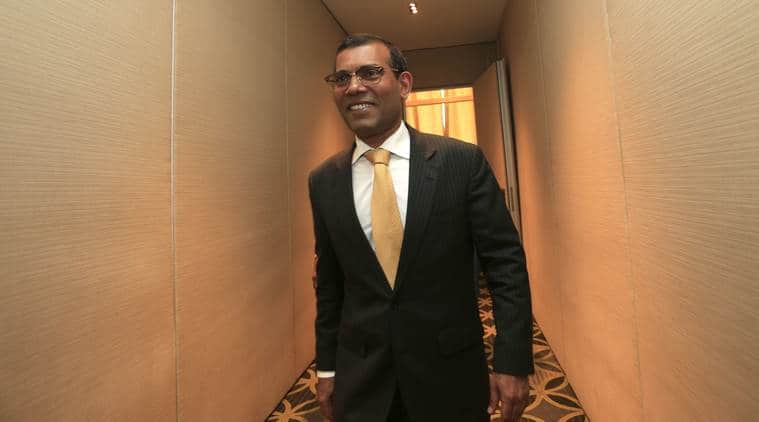 Former Maldivian President Mohamed Nasheed has urged the government of President Ibrahim Solih to build closer ties with India, which he described as the “closest and dearest of our neighbours”, in order to safeguard the country’s sovereignty as well as benefit from India’s economy.

Nasheed, the founder of the ruling Maldivian Democratic Party, who was barred from contesting for the presidency because of his conviction by the previous government, contested the parliamentary elections in 2019 and was elected Speaker.

He made the remarks in a speech at an event in which India gifted outdoor fitness equipment to the Maldives. This is the first time during India’s present military tension with China in Ladakh that a high-profile political leader in any of the SAARC nations has spoken unequivocally in favour of strengthening ties with Delhi.

From 2015 until much of 2018, during the presidency of Abdullah Yameen, Maldives-India relations were at an all-time low, as the strategically located Indian Ocean atoll nation forged close ties with Beijing, inviting massive Chinese investment in infrastructure projects and signing a free trade agreement. Beijing sees the Maldives as an important link in its Belt and Road Initiative.

Delhi was relieved at President Solih’s election at the end of 2018. Nasheed, despite holding no office in the government, remains an influential voice. His speech, tweeted on Tuesday from the Maldivian parliament Twitter handle, would be music to Delhi’s ears at a time when most SAARC countries are walking a fine balance between Beijing and Delhi.

“We must be wise, and join hands with India, so that we may enjoy similar growth and development (as India). It is my opinion, and my firm belief that we cannot grow or develop beyond what we are now, if we abandon our close relationship with India… I am also certain that Maldivians and their elected leaders will be wise and make shrewd and sensible decisions regarding our foreign policy and our closest allies and neighbours, the closest and dearest of whom is India. I am sure that the government elected by the Maldivians will choose to embrace India and work with them to join in their successes and developments,” said Nasheed, speaking in Dhivehi.

In his speech, Nasheed spoke of the age-old links between the two countries, and said “India has always been a partner in our growth”. He said relations with India were important to maintain Maldivian sovereignty. “And what we must accept is that the best way to maintain Maldivian independence, freedom and sovereignty is to sustain a close bilateral partnership,” he said.