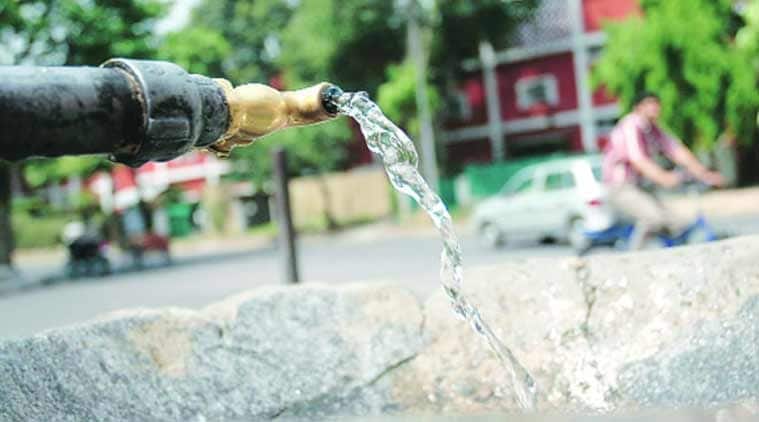 According to officials, a base line survey at the village level will soon be conducted for the project’s roll out. (Representational)

The state government on Wednesday approved a Rs 13,669-crore plan to provide piped water supply to all households by 2024. The plan, labelled the Jal Jeevan Mission, seeks to provide new water connections to over 89.25 lakh households in the next four years.

Of the 132.03 lakh households in the state, currently 50.75 households have piped water connection. The mission, to be jointly undertaken by the state and the central governments as a 50:50 partnership, will cost Rs 13,669 crore.

According to officials, a base line survey at the village level will soon be conducted for the project’s roll out. The government has also planned to crowdfund 10 per cent of the expenditure for setting up basic infrastructure from the communities that would benefit from it. The Cabinet has also approved to set up a separate fund at the state-level to meet the required expenses.

To enhance banking transactions of district cooperative banks, the state government Wednesday also permitted government transactions to be undertaken in these banks along with regional rural banks. Even unspent funds lying with state-run public-sector undertakings can now be deposited in these banks. The DCBs are politically controlled.

The state cabinet has also given approval to extend the deadline to provide Shiv Bhojan meals at Rs 5 for the next three months. In wake of the Covid-19 pandemic and lockdown, the state government had reduced the rate of a platter from Rs 10 to Rs 5 on March 30 to provide further subsidised meals to migrant labourers and the poor across the state. In another decision, the state Cabinet has extended the supply of wheat and rice at subsidised rates for two months – July and August — to orange ration cardholders. This category of cardholders is not covered under the National Food Security Act and are set to benefit from the decision. Earlier, the state government had taken a decision to provide wheat and rice at subsidised rates for two months – May and June.

Further, the Cabinet also extended its scheme of procuring excess milk from dairies to support farmers affected by the lockdown till July 31. The scheme was introduced to help farmers get a flat price for their milk after dairies slashed procurement prices amid the nationwide lockdown citing “demand destruction”. The scheme was launched in April and was extended till June.