Maharashtra: Another 10,000 personnel to be recruited to relieve load on cops on ground 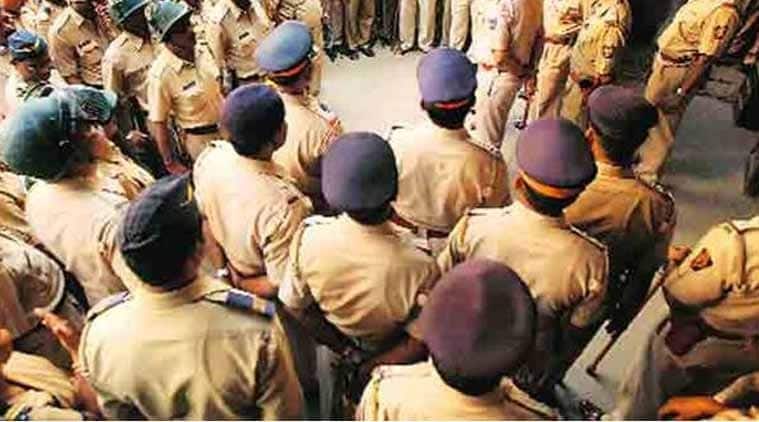 As of Tuesday, 5,435 police personnel had tested positive and 1,089 of them had active infections. So far, 71 personnel have succumbed to the virus. (File)

The state government will recruit 10,000 additional police personnel in order to relieve the load on a stretched force battling the Covid-19 pandemic.

Home Minister Anil Deshmukh said on Tuesday that in light of the law and order situation created by the pandemic and the lockdown, the state police needs additional personnel.

As of Tuesday, 5,435 police personnel had tested positive and 1,089 of them had active infections. So far, 71 personnel have succumbed to the virus. Also, employees over the age of 55 and with comorbidities have been asked to either stay at home or work from offices away from the public. The state police, which has 2.5 lakh employees, also had to cancel its annual recruitment drive held every summer to fill vacancies.

“The decision to recruit 10,000 more personnel was taken at a meeting with (Finance Minister) Ajit Pawar on Tuesday. The chief minister (Uddhav Thackeray) has given his approval,” Deshmukh said.

While he did not disclose details, Deshmukh said that the recruitment drive presented a good employment opportunity for young men and women in Maharashtra’s villages and cities.

The state, meanwhile, has also decided to create its first-ever battalion or group consisting exclusively of women in the State Reserve Police Force (SRPF). Deshmukh said the battalion would be based at Katol in Nagpur district, the constituency from which he has been elected four times as an MLA.
“We will recruit and train 1,400 women and soon identify a 100-acre plot for their base,” he added.

Since its foundation in 1948, SRPF has only recruited men. Its current strength of 16,000 is divided into 16 groups based across the state. It has only two women officers – Additional Director General of Police Archana Tyagi, who heads the force, and IPS officer Neeva Jain, who is commandant of its Group 1 based in Pune.

A senior SRPF official said that the proposal for the women’s battalion had been pending with the government for at least two years. “The women will be recruited in three phases. Once they are trained, another group will be formed in Katol and the new recruits will be deployed at protests where women are participants and would act as reserve regular forces wherever additional police presence is required,” the official added.