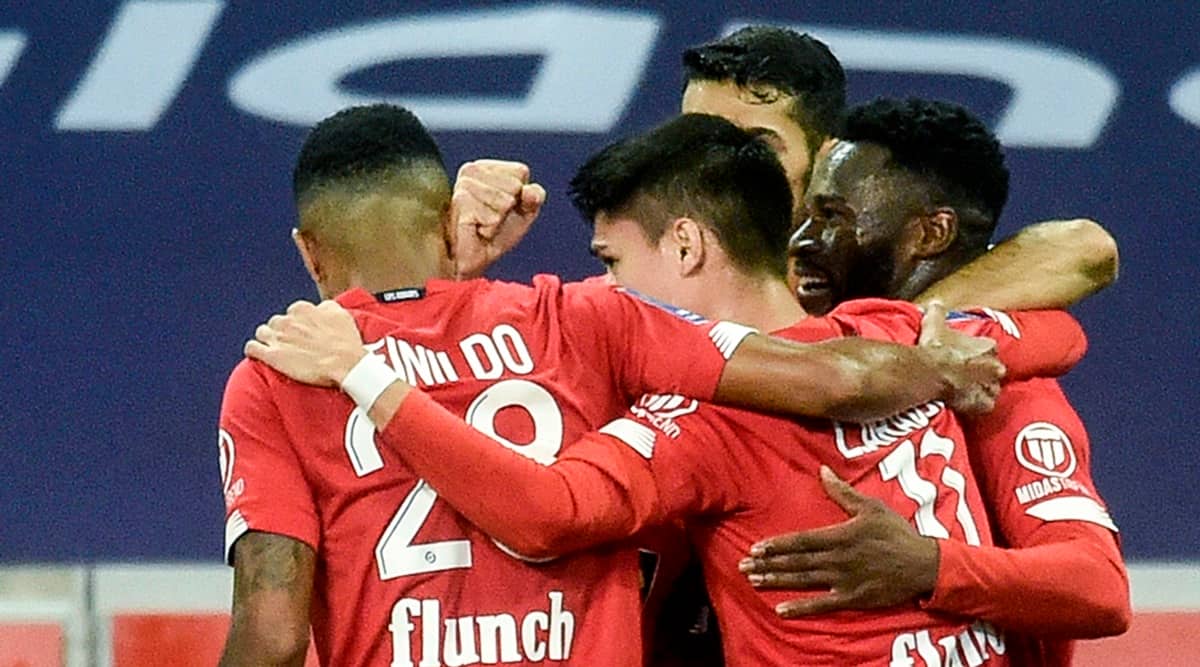 Lille remains the only unbeaten team in the French league but is now two points behind defending champion Paris Saint-Germain after drawing 1-1 at home to 10-man Lyon.

Jonathan Bamba put Lille ahead in the 21st minute with a fine strike, but Lyon equalized in the 40th when Lille defender Zeki Celik diverted an effort from Houssem Aouar into his own net.

Lille failed to take advantage after Lyon center half Marcelo was sent off early in the second half. Goalkeeper Anthony Lopes made some good saves to earn sixth-place Lyon a point.

Second-place Lille has 19 points from nine games while PSG moved onto 21 after winning 3-0 at Nantes on Saturday for a seventh straight league victory after opening its title defense with two losses.

Earlier Sunday, Nice continued its good form under coach Patrick Vieira with a 3-0 win at Angers to move up to fourth place.

Winger Rony Lopes and midfielder Pierre Lees-Melou scored early in the first half to put Nice in control, and substitute Hicham Boudaoui netted in the 76th minute.

But the pressure is growing on Saint-Etienne coach Claude Puel after a 1-0 home loss to Montpellier left his side in 13th place following a run of defeats.

English forward Stephy Mavididi got Montpellier’s goal in the 13th minute with a good finish from inside the penalty area.

Monaco’s forward line clicked in a 4-0 home win against Bordeaux.

Striker Wissam Ben Yedder’s penalty made it 1-0 in the 27th minute, attacking midfielder Gelson Martins pounced from close range two minutes later and a rout looked on the cards when forward Kevin Volland scored in the 30th.

Volland turned in a cross from Martins in the 57th for eighth-place Monaco.