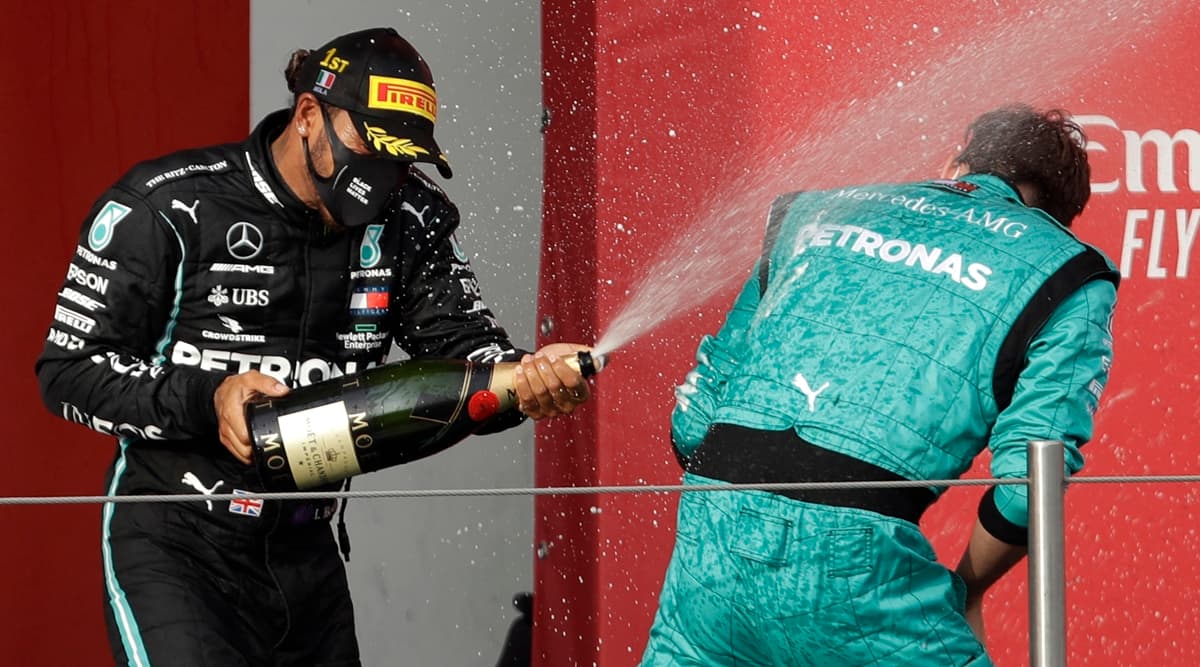 Lewis Hamilton celebrates with a member of the Mercedes team. (AP Photo)

Lewis Hamilton overcame a sluggish start to win the Emilia Romagna Grand Prix on Sunday for a record-extending 93rd Formula One victory.

Hamilton beat Mercedes teammate Valtteri Bottas by 5.7 seconds and rushed over to celebrate with the team’s engineers and mechanics after the team clinched another constructors’ title.

Hamilton started from second on the grid and was overtaken by Max Verstappen, who span off track 11 laps from the end after his rear right tire blew, bringing out the safety car and prompting drivers to change to quicker tires.

Hamilton had missed the first pit window and came in after the other drivers, but his lead was sufficient enough and he came back out about two seconds ahead of Bottas.

The safety car remained on the track following another crash as George Russell lost control and slammed into the track barriers. He was unharmed but upset at his own error while behind a safety car, as he sat on the grass and slapped himself several times on the leg in frustration.

This gave Bottas a chance to pressure Hamilton with six laps left, but Hamilton got away cleanly after the re-start and clocked fastest laps on his way to another comfortable win.

F1 returned to Imola for the first time since 2006, when Michael Schumacher won at the Enzo and Dino Ferrari circuit situated in Italy’s auto racing heartland and the site of Ayrton Senna’s death from a high-speed crash in 1994.