Levy sewerage charges on all households in Delhi: NGT 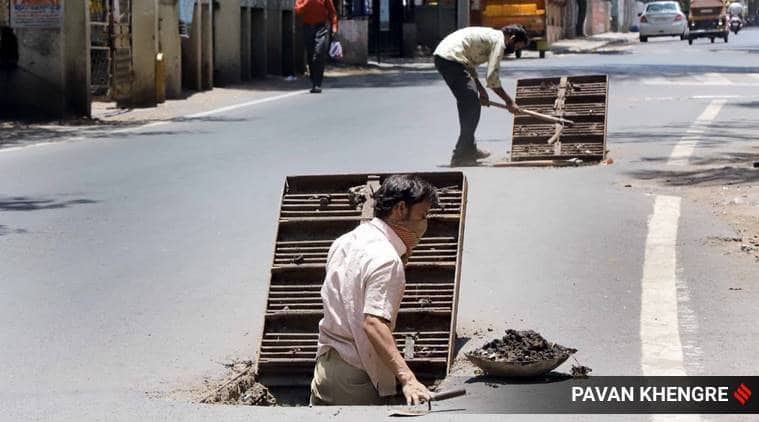 The NGT said major problem continues to be pollution caused by discharge of sewage, industrial effluents and other pollutants.

The National Green Tribunal has directed the Delhi government to comply with the Supreme Court order to levy sewerage charges on all households in the national capital for discharge of untreated effluents in Yamuna.

The green panel noted that 2.3 lakh people in unauthorised colonies in Delhi have not taken sewage connection which was resulting in emission of pollutants in the river.

The NGT said as per Polluter pays Principle, every individual household causing pollution by release of sewage into open environment or in the sewer network is liable for payment for its treatment.

“The Delhi Government may forthwith comply with the order of the Supreme Court dated October 24, 2019 on the subject of levy and recovery of the sewage charges,” a bench headed by NGT Chairperson Justice A K Goel said.

In 2015, the green panel had directed the authorities to charge every household in Delhi an environmental compensation amount for generating sewage, based on the polluter pays principle.

Later, the apex court upheld the NGT order asking Delhi government to start levying sewerage charges on all households in the capital within two months.

The NGT said major problem continues to be pollution caused by discharge of sewage, industrial effluents and other pollutants.

“If Yamuna is to be rejuvenated such discharges either directly or through drains need to be stopped. This is possible only if the Integrated Drain Management Cell performs its functions effectively to prevent discharge of untreated sewage into the drains or into Yamuna,” the bench said.

It said Delhi Pollution Control Committee needs to ensure that polluting industries are stopped and new industries are not allowed without safeguards.

The tribunal said the second major issue is of protecting the flood plains and undertaking other restoration measures for which the Delhi Development Authority has to own the responsibility in an effective manner.

“Large amount of flood plains are still under encroachment. Setting up of adequate wetlands and other such useful activities remain a distant dream,” it said.

With regard to environmental flow of Yamuna, the NGT said this issue has to be worked at administrative level.

“Apart from authorities in Delhi, the States of Haryana and UP cannot avoid their responsibility. Undertaking awareness programme and involving civil society is essential. Effective institutional monitoring mechanism has to be evolved,” the bench said.

It said that it is undisputed that huge amount of work of ecological restoration and removing encroachments is incomplete since long and directed Delhi, Haryana and UP to take further action in terms of the recommendations of the Yamuna Monitoring Committee (YMC).

The tribunal said that YMC may continue to monitor compliance of the directions in continuation of its earlier working for the time being and facilities provided to the Committee including the office space may continue so that it can operate effectively.

The tenure of YMC, comprising retired expert member B S Sajwan and former Delhi chief secretary Shailaja Chandra, which was appointed by tribunal in 2018, ended in June.

The tribunal also said that with regard to the treatment of sewage disposal in the drains joining river Yamuna, the land available on the flood?plains may be utilised for the purpose, if there is no other?alternative or till other land becomes available.

The matter is now posted for next hearing on January 27 next year.