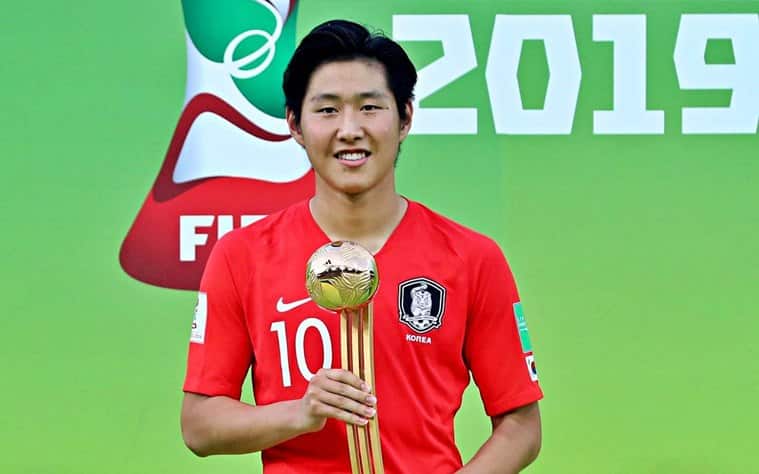 Young South Korean midfielder Lee Kang-in scored in the 89th to help Valencia end a four-game winless streak with a 2-1 victory over Valladolid in the Spanish league.

Lee scored with a low left-foot shot from outside the area on Tuesday to keep Valencia in the fight for a Europa League spot. It is one point behind seventh-place Real Sociedad with three rounds to go.

It was Valencia’s second win in eight matches since the league resumed. It also has three draws and four losses after the coronavirus break, with its only victory against Osasuna at home last month.

“We were coming off poor results but we got the three points and we will keep fighting until the end,” Gomez said.
“We deserved to get a victory.”

Valencia had conceded an 86th-minute equalizer in a 2-2 draw at Granada on Saturday. It had lost three straight before that.

Valladolid, which has two wins since the break, stayed in 13th place.

Maxi Gomez put Valencia ahead in the 30th and the visitors equalized through Victor Garcia early in the second half.

The 19-year-old Lee, who came on as a substitute midway through the second half, had scored only once for Valencia, in a league game against Getafe last September. He made headlines earlier this season for late red cards in matches against Real Madrid and Atletico Madrid.

Real Madrid has a four-point lead over Barcelona at the top. The Catalan club hosts last-place Espanyol on Wednesday, while Madrid hosts Alaves on Friday.

Atletico Madrid was held by relegation-threatened Celta Vigo to a 1-1 draw, missing a chance to get closer to a Champions League spot.
Diego Simeone’s team is three points in front of fourth-place Sevilla, and nine ahead of fifth-place Villarreal. Sevilla visits Athletic Bilbao on Thursday, while Villarreal plays at Getafe on Wednesday.

“The draw was a fair result,” Simeone said.

“The only thing that matters is to be in the top four.”

It was the second straight draw for Celta, which opened a seven-point gap to the relegation zone but could lose some ground depending on other results.

Alvaro Morata put Atletico ahead in the first minute at the Balaidos Stadium, completing a cross from Angel Correa, but Fran Beltran equalized for the hosts with a neat volley in the 49th, hitting the top corner with a shot that lobbed over Atletico goalkeeper Jan Oblak.
The draw extended Atletico’s 15-match unbeaten streak in official matches.

Atletico was without young Portugal forward Joao Felix because of an injury.