Players taking selfie in front of plaque of New Sports Authority Of India (SAI) Centre at Zirakpur after inaugurated by union minister Kiren Rijiju in a online ceremony on Monday, November 02 2020. Express photo by Jaipal Singh

After a wait of more than seven years, the Sports Authority of India (SAI) regional centre (Chandigarh)’s new centre at Zirakpur, Punjab, was virtually inaugurated by Kiren Rijiju, union sports and youth affairs minister, in a virtual ceremony attended by more than 300 officials, on Monday.

“The northern belt of India covers a huge region, right from Jammu and Kashmir and Leh to Himachal Pradesh and we are doing a lot of development in this region with the aim of building world-class sporting facilities in India,” said Rijiju in a statement on Monday. 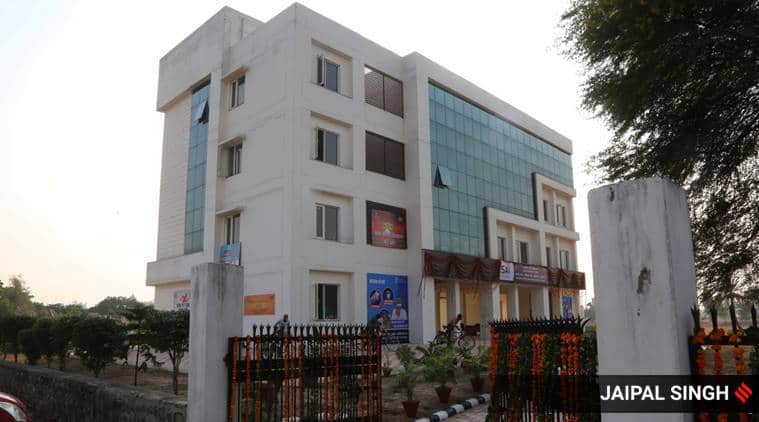 SAI officials have been operating from Chandigarh since 1992 and the SAI officials and coaches have been working from various UT Administration facilities since 1992. In 2013, the central government had announced the new SAI regional centre at Chandigarh and Rs 13 crore were sanctioned for the first phase of the centre. The SAI local office received the funds in 2017 and the work had started at Zirakpur in 2017.

At that time, the then union sports minister Vijay Goel had said the new centre will include facilities for football and athletics apart from administrative block in the first phase and more facilities will be introduced later.

“The Sports Authority of India has been at Chandigarh since 1992 and we have been operating from various UT Administration facilities and these facilities were given rent free to SAI. The Administrative block has been fully completed and Kiren Rijiju, union sports and youth affairs minister, will be announcing the world class infrastructure soon. The whole centre has been built on a 15-acre facility and it will be a huge boost to the coaches and players from the region. It will be a world class facility and as per the sports minister’s plans, it will act as a conveyor belt for national and international athletes,” said PK Mattu, deputy director-in-charge, SAI Regional Centre, Chandigarh.