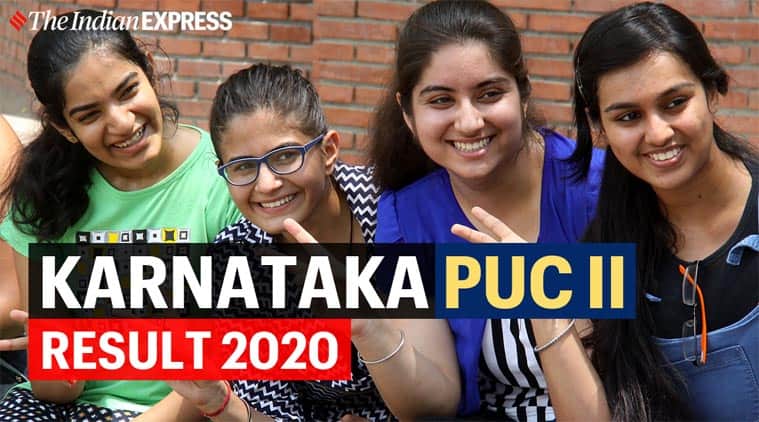 Karnataka PUC II result 2020: A higher number of students have cleared the Karnataka Pre-University of class 12 exam 2020 as compared to last year, with a marginal increase from 61.73 per cent in 2019 to 61.80 per cent this year. The result was released today and of 5,56,267 regular students who appeared for the PUC exam, 3,84,947 have passed. As many as 68,866 students secured distinction this year. However, there has been a drop in pass percentage of students from rural areas.

It is also noteworthy that the pass percentage has been affected in terms of the caste of the student as well. Those in the SC category have observed a pass percentage of 49.90 per cent, the lowest overall. The pass percentage of ST category students was 51.02 per cent, while for the general (unreserved) category it was at 71.60 per cent. Whether the economic conditions or resources to study are among the reasons behind the gap is not known yet.

Stream-wise, science has been the best performing stream with as much as 76.2 per cent pass percentage. This is a significant rise from 66.58 per cent last year. The Commerce stream has seen a dip in performance as compared to last year from 66.39 per cent to 65.52 per cent this year. This has cost Commerce its top slot and unlike last year, it is no longer the top-scoring stream. In the Arts or Humanities stream, less than half the students who appeared for the exam could clear it; the pass percentage was recorded at 41.27 per cent.

Following the trend of last year, female students have performed better than males. While 54.77 per cent of boys who appeared for the exam cleared it, as many as 55.29 per cent of girls cleared the exam. In terms of language, the Kannada medium saw less than half at 47.56 per cent, while in English medium as many as 72.45 per cent cleared the exam.