Kailash Vijayvargiya in virtual rally: How to work with Congress leaders we fought? 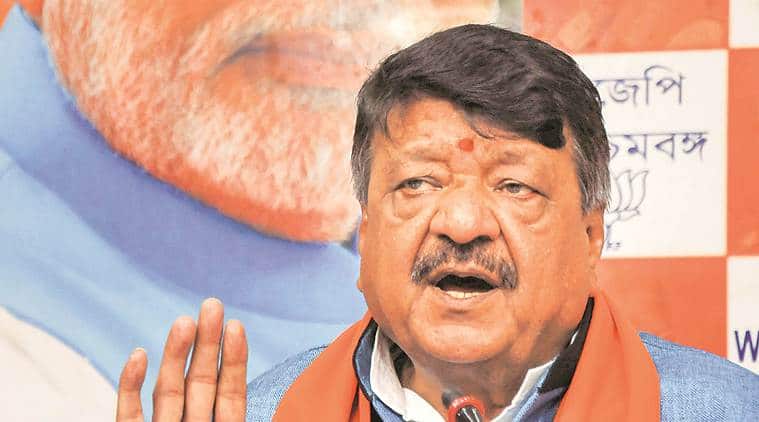 “Workers like me wonder, even you must be wondering, how to work with Congress leaders we fought against. This is what politics is all about. Occasionally, you have to take a bitter pill and do social work,” BJP national general secretary Kailash Vijayvargiya said Wednesday, encapsulating the dilemma of party workers who will have to campaign for former Congress leaders in the upcoming bypolls.

Addressing a virtual rally for party workers in Sanver, one of the 24 Assembly seats going to polls, he said he often sensed their discomfiture at the prospect of seeking votes for their formal rivals.

“Don’t forget, it’s because they (Congress MLAs whose rebellion brought down the Kamal Nath government) walked out of the Congress government that Shivraj Singh Chouhan could become the Chief Minister again. Would he have become the CM had they not done so? Raise your hands,’’ he asked party workers. He then praised Chouhan, asking workers to give their best in the bypolls to ensure he continues as CM.

Chouhan, too, addressed the rally from the party headquarters in Bhopal.

BJP has 107 MLAs in the 230-member House and the Congress was reduced to 92 after 22 MLAs joined BJP. Two vacancies were caused by death of two MLAs before the rebellion. The 22 former MLAs and BJP have maintained all 22 will be fielded in the bypolls.