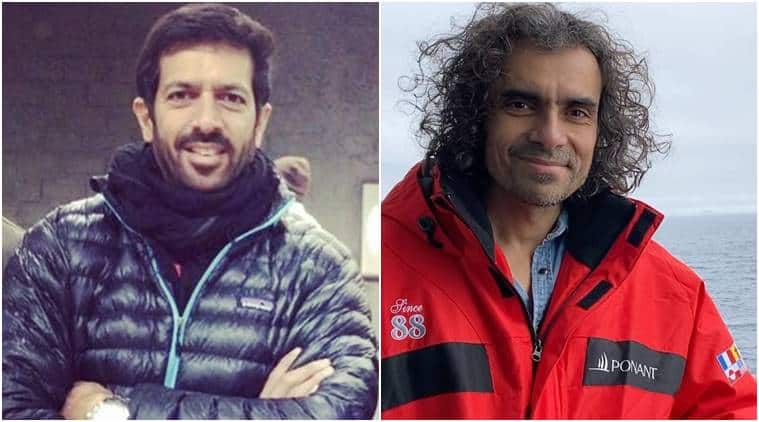 Filmmakers Kabir Khan, Imtiaz Ali, Rima Das and Onir have come together to create four short films on the themes of race, disability, sexuality and gender.

The shorts will be compiled into one film titled My Melbourne, which will premiere at the Indian Film Festival of Melbourne (IFFM) 2021, before travelling to the international film circuit.

The filmmakers will work with selected filmmaking teams from Victoria, Australia, to mentor and then shoot the short films.

Imtiaz Ali said the last few months have been “full of life lessons” for people and for one to move ahead, it is important to look at the stories of identity.

“Viewing stories of identity in the context of the diverse society that we are all a part of is quintessential for us to chart our path ahead. I am looking forward to meeting a new set of people and understanding their life stories for the screen,” the Tamasha director said in a statement.

For Kabir Khan, who has helmed films like Bajrangi Bhaijaan and the upcoming 83, celebration of diversity is a dialogue that should be “fostered in current times.”

“In the post-pandemic world, being one with each other in a community should be the single most important takeaway. The virus has shown us the futility of everything else. I am excited at the opportunity presented by IFFM and looking forward to the experience,” he said.

Each of the four selected teams will be assigned a budget to create an original script. The four filmmakers will do workshops and develop the selected stories and oversee pre-production with the teams via Zoom call. Once travel restrictions are lifted, they will travel to Melbourne to shoot the films.

Rima Das, who has helmed National Award-winning films Bulbul Can Sing and Village Rockstars, said it is essential for filmmakers to examine the world around them from the prism of its socio-political context.

“The short film will allow us to bring in authentic lived-in stories that often get lost in popular culture,” she said.

Onir, known for films like My Brother Nikhil and I Am, said the role of a filmmaker is to “trigger a dialogue.”

“The world we are living in calls for fresh discussions on inclusivity and diversity to reiterate strong value systems for our audiences. I am glad for the opportunity and hope it’s a step in the right direction,” he added.

“I am delighted and thrilled that IFFM has secured four of India’s most diverse voices of independent cinema for these workshops and the creation of four short films on the core values of IFFM – diversity and inclusivity,” Bhowmick Lange added.

The festival recently announced that the 2020 edition was pushed ahead, with dates rescheduled from August to October due to the ongoing coronavirus pandemic.

IFFM 2020’s program will be devised in line with public health guidance, with plans for a compact schedule taking place over a week from October 30 to November 7.