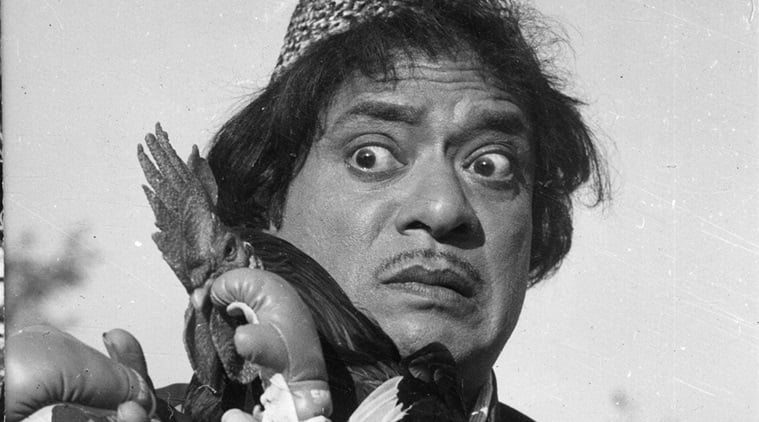 It’s well known that Jagdeep, born Syed Ishtiaq Ahmed Jafri, joined the Hindi film industry as a child artiste, and that his comic timing made him popular as a comedian through most of his adult career. But not enough notice was paid to the fact that he moved well and had a good singing voice. His brief stint as a leading man didn’t use these skills: those films, especially AVM’s three-hankie weepie Bhabhi, were heavy with emotion. And so he tipped over into comedy, and there he stayed, cementing his place as one of Bollywood’s top comic artistes.

Jagdeep passed away in Mumbai on Wednesday. He was 81.

You think of Jagdeep, and the first thing that comes to mind is Soorma Bhopali, the Sholay (1975) character who became so wildly popular that it nearly eclipsed everything else he did. Flash back to that scene in which our heroes, Jai and Veeru, come upon Soorma Bhopali telling a bunch of spellbound listeners of how he beat the two with a stick, and how he’s found out: his paan-stained teeth, that Bhopali lilt, and comfort in a role meant strictly for laughs, made his Soorma unforgettable.

Too many of the nearly 400 roles, over six decades, that Jagdeep did were interchangeable. Broad, loud strokes for the comic folk meant that their tracks were filled with gags, pratfalls, and banana-peel humour: that was pretty much the way of the comedy from the 50s to the 80s. A whole series of talented comics, including Johnny Walker, Mukri, Paintal, Mehmood, Rajendra Nath, Keshto Mukherjee, were type-cast, and forced to that one thing that the audience wanted them to do. Jagdeep too fell into that trap of repeating himself, often using the same grins-and-grimaces, but he could always be relied upon to make us laugh.

Some of his early roles are memorable. Bimal Roy’s Do Bigha Zameen and Guru Dutt’s Aar Paar, as well as Hum Panchi Ek Daal Ke showcased his talent: he was a complete natural, and he had the ability to be droll, and both those gifts came in handy in his long career. He played a young, dapper Dilip Kumar in Shikwa, an unreleased 1954 film; he was equally comfortable in Ramsay Brother’s horror fests. One of his last significant roles was playing Salman Khan’s father in Rajkumar Santoshi’s 1994 film Andaz Apna Apna: he was looking distinctly older, but the familiar verve was very much there.

Jagdeep’s most famous avatar Soorma Bhopali led him to produce a film of the same name, but the 1988 film found no takers. The character lives on in our memories. ‘Par hamaara naam Soorma Bhopali aise hi nahin hai’, said Jagdeep, in that scene. Sahi farmaaya, janaab.