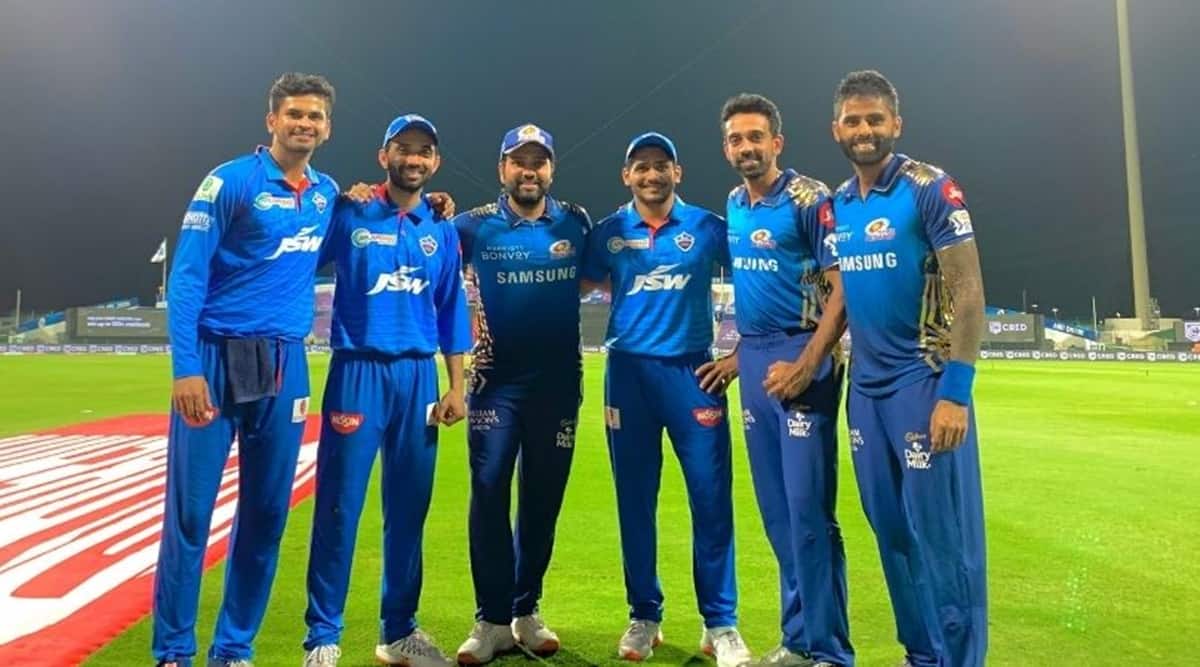 It will be Delhi Capitals vs Mumbai Indians for a direct place in IPL’s Qualifier 1 on Thursday. (BCCI/IPL)

Mumbai Indians and Delhi Capitals will face-off in Qualifier 1. For Delhi, a win on Thursday would give them a maiden appearance in the IPL final. Mumbai, on the other hand, will be looking to make it to the summit clash on the sixth occasion.

Here are some of the key talking points ahead of this high-octane clash.

The confusion surrounding Mumbai Indians captain’s hamstring injury has been one of the biggest talking points over the last week. In fact, a few hours after BCCI president Sourav Ganguly cautioned Rohit against focusing on the short term at the expense of his career, he walked out for toss in the seemingly inconsequential league encounter against the Sunrisers Hyderabad.

After that match, he would go on to dispel concerns over his fitness, when he said: “My hamstring is absolutely fine.” Fitness aside, Rohit has had a rather subdued IPL, having scored just two fifties from nine games. On his return against SRH, he managed to score just four runs. Mumbai will be hoping their captain roars back into form.

Delhi lacks a quality enforcer, a seasoned batsman in the middle order, who can switch gears seamlessly and take the attack to the opposition. Mumbai are blessed on that front, with the likes of Kieron Pollard and Hardik Pandya.

#MIvDC needs a blockbuster Powerplay – who would you count on? ??

Bulk of the problems stem from the manner in which Rishabh Pant has performed in this tournament. The wicket-keeper batsman has hit only three sixes in the death overs this season, compared to Pollard’s 20 and Pandya’s 14. Marcus Stoinis, who has been roped in as Delhi’s enforcer, began the tournament with a bang, scoring 162 runs in the first six games at a strike-rate of 175. But in the subsequent seven games, his strike-rate has dipped to 119, which illustrates the abject lack of firepower in their batting.

Trent Boult has been one of the chief architects of Mumbai’s stupendous run in this season. The left-arm pacer has been a revelation, picking up 12 out of his 20 scalps in the Powerplay. Boult’s proclivity to take early wickets has eased the pressure on Jasprit Bumrah and emboldened the team management to unleash the star pacer in the middle overs and at the death. It’s not that Boult has been getting prodigious movement with the new ball. More than that, he has cleverly used the angles and employed fullish lengths and the occasional short ball to devastating effect.

In a sense, Thursday’s game will boil down to how Delhi’s openers, particularly Prithvi Shaw plays Boult. The Kiwi pacer has had the youngster’s number in both the league games.

Given the abrasive nature of the pitch and the dew, the team that wins the toss might prefer to chase on this ground. Dubai has not been a happy hunting ground for Mumbai Indians, winning just one of their three games. However, that lone win has come against Delhi.