IPL 2020: After Dhawal Kulkarni gets hit on the head, Sachin reminds ‘why helmets need to be mandatory’ 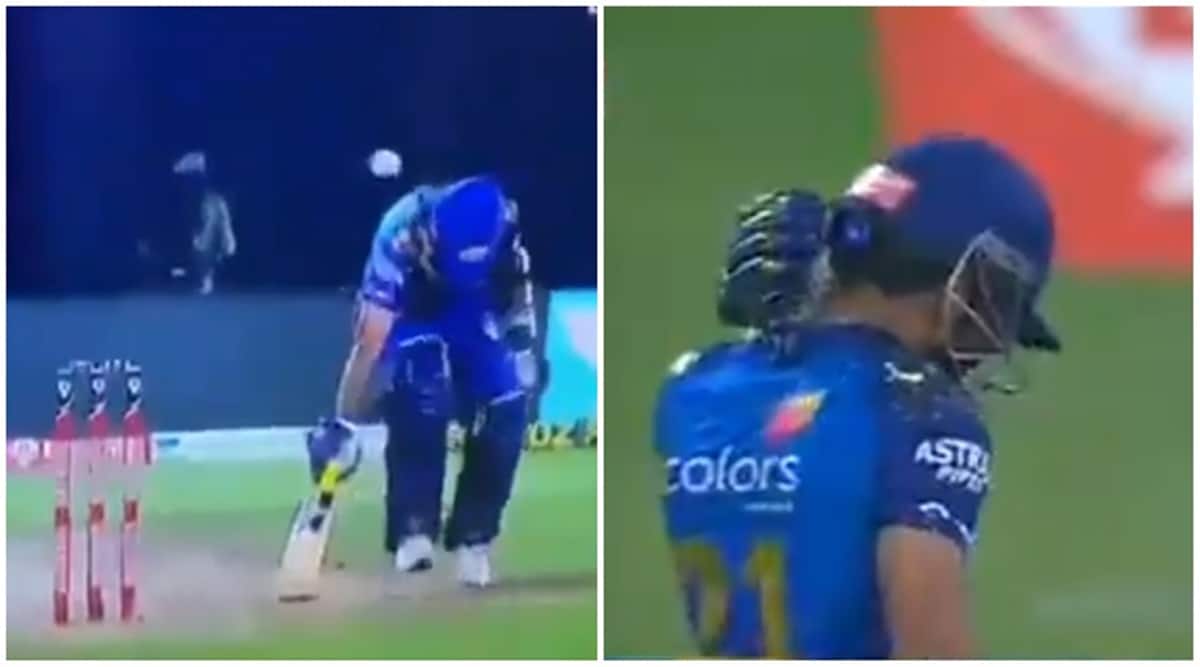 In a nasty incident, Dhawal Kulkarni was at the receiving end of a power throw that hit his helmet while he was about to complete the second run for Mumbai Indians in an IPL clash against Sunrisers Hyderabad on Tuesday.

During the last ball of the first innings in Sharjah, Jason Holder bowled a yorker and Kulkarni squeezed it away to long-on for a couple of runs. A throw by the fielder from the deep hit Kulkarni on the helmet as he was finishing the second run.

Even though his protective gear was shattered, Kulkarni was not injured as Mumbai Indians ended with 149/8.

This is something to be looked into. What if #Kulkarni wasn’t wearing a helmet. It’s common, we see batsmen not wearing protective helmets while facing spinners. They are at their own risk, but such unforeseen incidents could happen again. More voices to raised @BCCI @IPL @ICC pic.twitter.com/oRpcSjukuJ

Another example of why helmets need to be made mandatory.
Thank God my friend @dhawal_kulkarni was wearing one.@BoriaMajumdar https://t.co/3ZRv8fGLKe

This is not the first such incident in the ongoing tournament in UAE. In another match, SRH batsman Vijay Shankar was knocked down after being hit in the helmet by a full-blooded throw from Kings XI Punjab fielder Nicholas Pooran.

Sachin Tendulkar has asked the governing International Cricket Council (ICC) to make it mandatory for all batsmen to wear helmets irrespective of whether facing a pacer or a spinner.

“The game has become faster but is it getting safer?” Tendulkar said on Tuesday, reacting to the video of the incident on Twitter. “Recently we witnessed an incident which could’ve been nasty. Be it a spinner or pacer, wearing a HELMET should be MANDATORY for batsmen at professional levels. Request @ICC to take this up on priority,” Tendulkar added, tagging all the cricket boards.

The game has become faster but is it getting safer?

Recently we witnessed an incident which could’ve been nasty.

Be it a spinner or pacer, wearing a HELMET should be MANDATORY for batsmen at professional levels.

Request @icc to take this up on priority.https://t.co/7jErL3af0m

Former Australia batsman Phil Hughes died in 2014, two days after being hit in the neck by a bouncer during a Sheffield Shield game in Sydney.