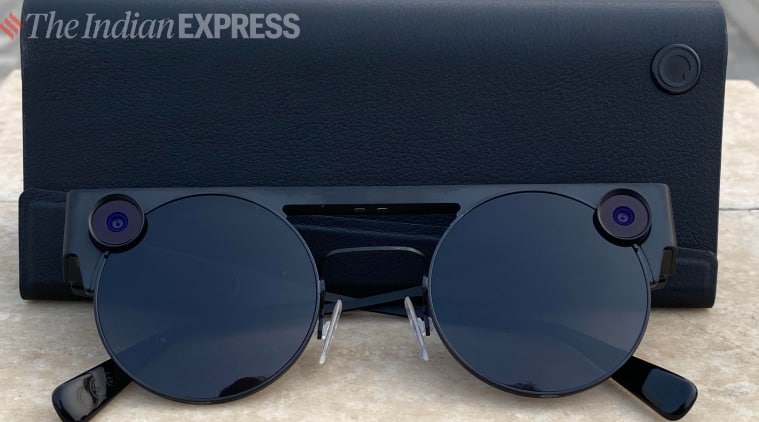 Steen Strand, who leads Snap’s secretive hardware unit, SnapLab, has one of the most challenging, yet exciting, jobs in the tech world. After all, he along with his team, has been tasked with creating new experiences designed around smart eyewear, a new genre of products with augmented reality at their center.

Strand, who joined Snap Inc in 2018 as the director of product design within the company’s hardware division and later took the role as head of hardware development, is responsible for giving a new direction to Spectacles, a pair of smart glasses designed to let you record pictures and videos from a first-person point of view.

The Spectacles 3, the latest smart glasses from the company behind the popular Snapchat social media platform, can shoot 3D video and photos through two cameras and let users add 3D augmented reality (AR) effects to your captured shots. They cost Rs 29,999 ($397) in India, and are targeted at elite creators and celebrities, rather than regular people.

For Strand, Spectacles 3 are positioned as both a fashion accessory as well as smart glasses. “We see them as both because we think that both of those components are so important for these products to eventually be successful,” he told indianexpress.com over a video call from Los Angeles where Snap is headquartered. “We really strive to strike that balance where we are delivering interesting functions, but we are also wrapping it up and in the emotional context and the content in the personal context that makes sense for the end-user.” 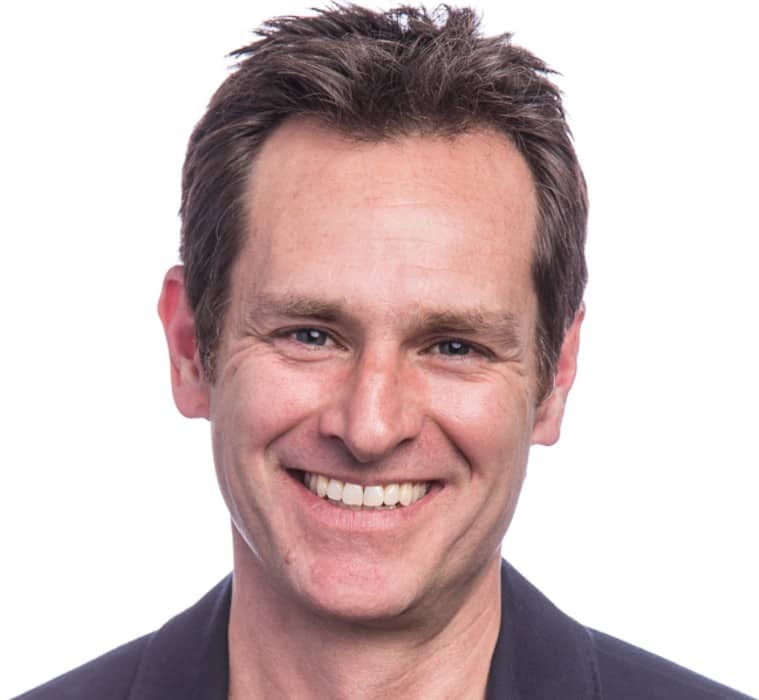 Unlike the previous two versions made of plastic, Spectacles 3 glasses are made out of metal and they are not only modern but also a bit more premium. The fact that Vogue magazine did a long piece on Spectacles 3 in its September 2019 issue and the launch of a limited-edition Gucci-branded version clearly points to the audience Snap wants to tap now.

Snapchat’s third version of Spectacles was always envisioned to have two HD cameras that capture 3D images and video, letting users apply new augmented-reality effects. “We worked on multiple prototypes, the focus of the product has always been on the depth and all of those prototypes were formulated to have two cameras, and then the question comes, what is the most effective way to capture depth,” he said, adding, “There’s a lot of interesting metrics around that — you can play with the spacing between the cameras, you can play with the types of cameras, there are different ways of capturing depth as well, and then there’s different sensors you use.”

While it may appear relatively simple to add two cameras to Spectacles in the first place, the actual process was a lot more complicated. “Behind the scenes, there’s a lot of complexity both in the hardware and software, because there’s a lot of work that has to be done to take those two images, then process them in order to create what we call a depth map. And that’s why we actually take those videos, transfer them into the cloud, do the processing there, and then send them back to your phone.”

“It’s a fairly complex algorithm. I think there’s something like 17 steps that we have to process the video through in order to get to a very refined accurate depth map,” he added.

But designing smart eyewear like the Spectacles 3 can be a lot more complex than other products. “A lot of the challenges with doing technology and eyewear is about how to hack all the stuff you need into a form factor that’s small, light, comfortable, and ultimately something that looks good as well,” said Strand. Clearly, technical challenges make augmented reality smart eyewear very different from smartphones. 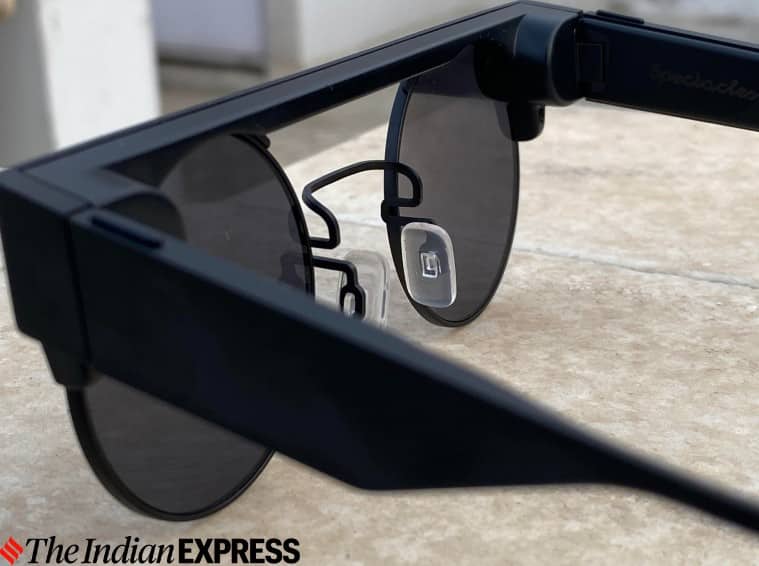 Fitting all the components and circuitry in a very small space can lead to some major challenges in power and thermal management. At the same time, the teams have to address software issues like “how does the product talk to your phone and to the cloud and how do we process depth information and overlay effects.”

“People’s expectation from eyewear is that it’s relatively lightweight, so you are constantly pushing against that.” Strand said learnings from earlier versions have been incorporated in the new version; for instance, the understanding of the advantages of having a camera close to your eyes.

One of the big bets made by Snap in recent years is in augmented reality, an emerging technology that overlays information and virtual objects on real-world scenes in real-time. Although AR is far from being a mainstream technology, it could have a big impact on major industries in the coming years.

AR technology is already heavily baked into the Snapchat app in the form of face filters and lenses. With more than 1,000,000 lenses created by Snapchat creators and Snap’s 239 million daily active users interacting with its AR features “nearly 30 times every day” on average, it is clear that AR has an important role to play in the company’s future direction. But then the question arises: what would Snap achieve by making its own hardware? 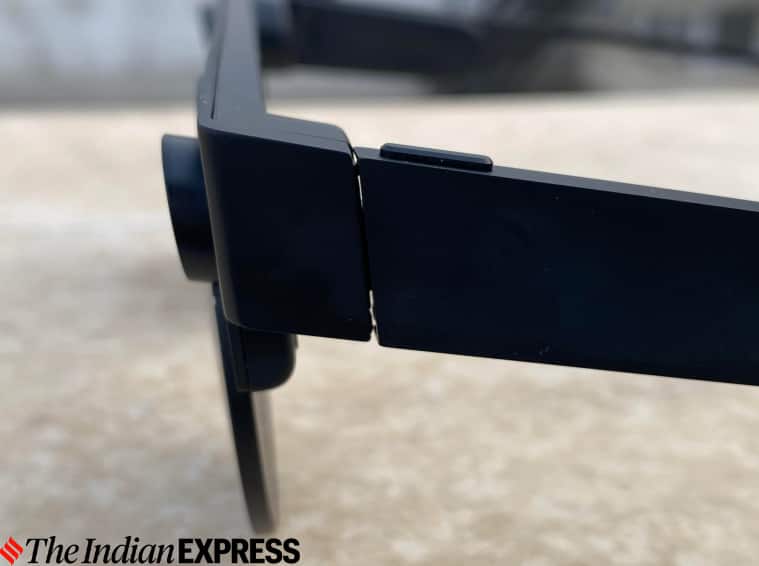 You can find a capture button to trigger photo or video shooting on either side of the temple. (Image credit: Anuj Bhatia/Indian Express)

“Snapchat is very good at taking something very complex like AR and implementing it in a way that’s just fun and playful,” Strand explained. “It really sidesteps the whole burden of the technology and we are trying to do that as much as possible with Spectacles.”

Snap hasn’t had immense success with Spectacles smart glasses which were first unveiled in late 2016. In fact, Snap wrote down $40 million in late 2017 on the first model, which was priced at $130. The Spectacles 2 glasses weren’t a commercial success, either. Despite that, Snap has continued to launch new versions of Spectacles every year.

Perhaps the biggest reason why the company keeps investing in new hardware is because of Snap’s CEO Evan Spiegel’s involvement in the project from day one. “The original brief really was to provide those depth effects,” Strand recalled, adding how it soon became a “question from a design point of view…what’s the visual expression that we want to get into?” Stranded qualified: “He [Evan] is always looking for ways to express the technology in a way that goes beyond the tech that really steps into the realm of fashion.”

While Snap clearly sees its future in augmented reality and investments in hardware is a part of the game, there are others who too want to get into the augmented reality eyewear business. Apple and Facebook are rumoured to be working on AR glasses. Microsoft already sells an AR headset called HoloLens, but it’s limited to developers. Google, on the other hand, recently bought Candian start-up North that makes smart glasses. The company’s previous attempt to crack the smart glasses segment with Google Glass was a massive failure. Even Amazon is after the smart glasses market as the e-commerce giant last year announced a pair of Alexa-enabled glasses called Echo Frames. 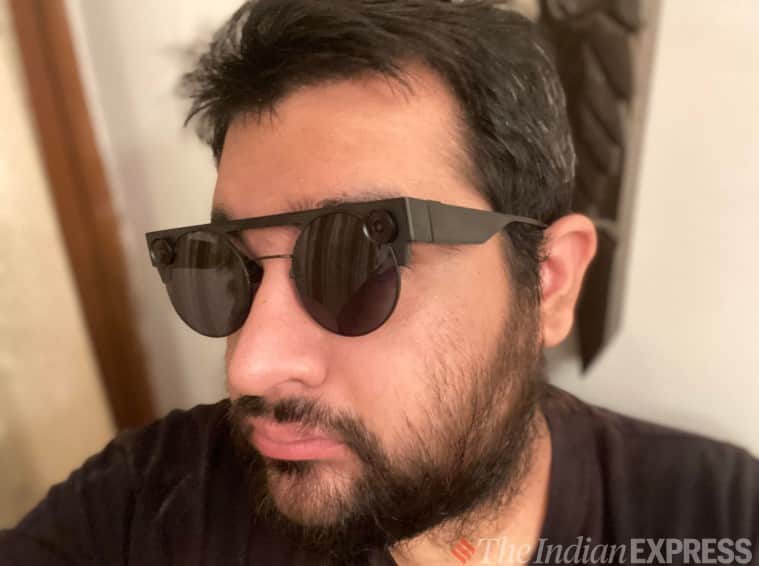 So, is the future of Snap also envisioned with Spectacles? “The short answer is yes. But the longer answer is, it’s not clear what the role of smartphones will be to eyewear in the future,” said Strand. “Our expectation is that each will have its own function.”

Strand does see smart glasses eventually replacing smartphones but it’s going to take a while. “We do think that the use of AR eyewear is going to go up dramatically in the future,” he said, adding that it is generally agreed that the advantages of augmented reality eyewear are compelling for a lot of different use cases. “It’s more of a question of when and what does that look like?”

Strand agrees that AR is at its inception stage but he also claimed the glasses are a better medium to experience augmented reality than regular smartphones. He cited the example of Spectacles 3 glasses which can capture high definition, depth information that you cannot achieve on smartphones.

The two cameras on Spectacles 3 lets users apply AR filters onto images and video, meaning the effects appear as if they are in the real world. But you still have to use the Snapchat app and save the clips to your device before you can apply the 3D effects. In the future, these effects that you can experience on the glasses will happen in real-time in front of your eyes. 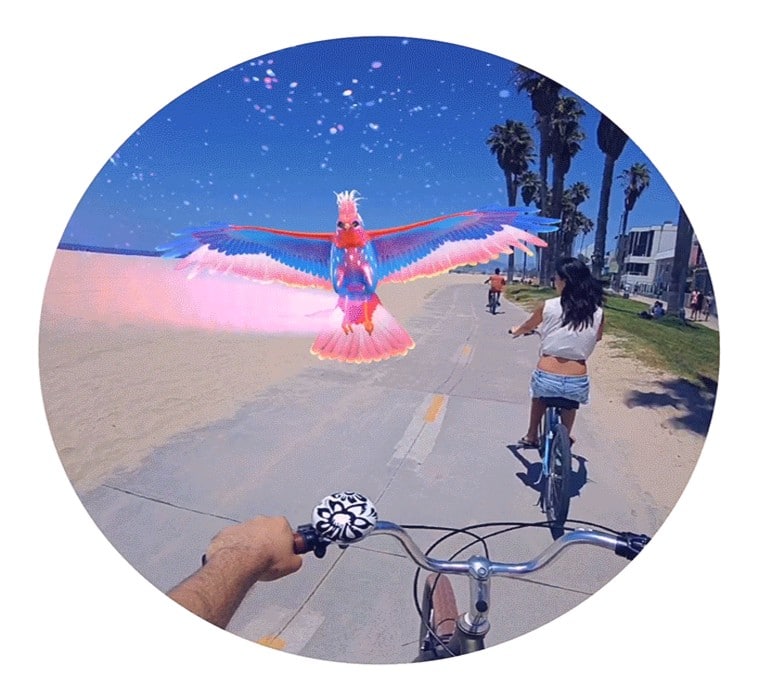 At Rs 29,999, the AR eyewear is far from being ready for mainstream consumption and Strand is fully aware of it. “We could make things more mainstream if we wanted to defeature them but our approach is that we want to continue to add technology to increase the capabilities and to create this future where you truly can overlay computing on to the world around you.”

“To succeed at that and to do that at a price point that’s very accessible is going to take some time, it’s likely at least 10 years to get that horizon,” he adds.

For now, Snap is happy to serve a small subset of people with Spectacles 3 who are ready to pay that much money for the glasses that have “incremental capabilities.” Not to mention, Snap is also bringing Spectacles 2 to India at Rs 14,999, which the company hopes to be a bigger draw among the Snapchat users.

The battle to gain early supremacy in augmented reality eyewear space is still on, with no clear winner in the market yet. Snap, which has been aggressively pushing AR through the Snapchat app, does see the glasses as part of the company’s long-term plan.

“When we think about augmented reality eyewear, we have a really interesting opportunity to pull all the cool things that Snapchat is doing over to the eyes,” Strand said.