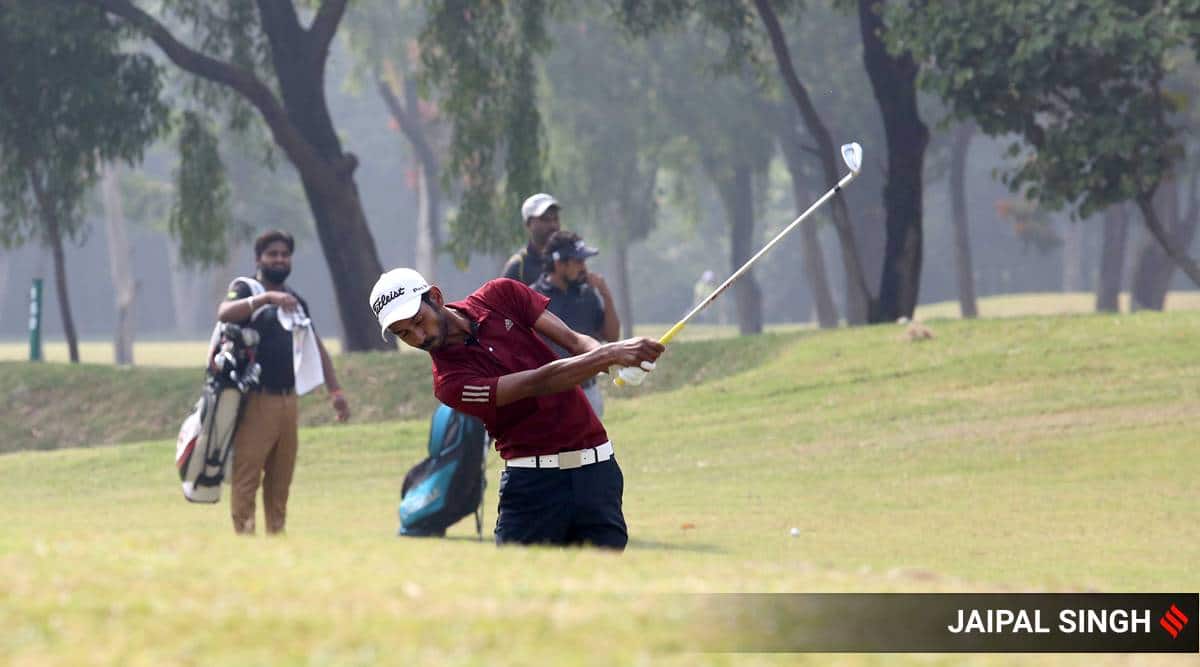 In March this year, when the nation-wide lockdown forced all the sporting events in the country to stop, 29-year-old Delhi golfer, Rashid Khan, was the highest-ranked Indian golfer in the Official World Golf Rankings (OWGR)– placed on the 180th spot.

With the now postponed Tokyo Olympics, earlier scheduled to be held in July and the cut-off date for the qualification for golfers for the Olympics being June 30, Khan looked almost certain on the flight to Tokyo. Seven months later, Khan is still the highest ranked Indian golfer in the world placed at the 252th spot and with Professional Golf Tour of India resuming with the PGTI Players Championship at Panchkula Golf Club (PGC) and Chandigarh Golf Club (CGC) starting Wednesday, he is aiming to claim some vital world ranking points in the events, in his bid to be the highest ranked Indian golfer in the world to qualify for next year’s Tokyo Olympics.

“I looked almost set to qualify for Tokyo Olympics early this year but because of the lockdown and postponement, all the plans were curtailed. While the freeze on earning world ranking points ended with European Tour and PGA Tour resuming, I was waiting for PGTI Tour to restart. Five to six world ranking points are awarded to the winner apart from three to one point to top-five golfers and the next five PGTI tournaments including the Jeev Milkha Singh Invitational will be important for me. It’s end of a long wait for all of us and we are excited to play in these five PGTI tour events,” shared Khan, who was ranked 54th in the Tokyo 2020 Olympic Golf Rankings in March with top 60 golfers in Olympic rankings eligible for Tokyo.

Khan, who started playing golf on the insistence of his uncle Maqbool Khan, was a member of the Indian golf team which won the silver medal in 2010 Asian Games. The 29-year-old golfer, who turned professional the same year, has so far won eight PGTI Tour titles including last year’s Chittagong Open in Bangladesh. In 2019, Khan had six top-five finishes which also included a second-place finish in Jeev Milkha Singh Invitational, where he lost to Ajeetesh Sandhu in the play-off. While Indian golfers like Shubhankar Sharma, Anirban Lahiri and Gaganjeet Bhullar have been playing on the European Tour and PGA Tour, Khan is waiting for Asian Tour to resume. “I had been doing the basics right and it resulted in some good results for me last year. The tied-10th place finish in the Indian Open at Delhi Golf Club set the momentum for me and the two title wins on the PGTI Tour apart from the other top-five finishes helped me gain world ranking points. I had earned the Asian Tour card for this year but with Asian Tour still to resume; it’s a waiting game for me. Till then, good performances on the PGTI Tour will help me to regain the lost momentum,” said Khan.

The lockdown also meant that Khan did not train for some months and with golf courses opening up, Khan would play practice rounds at Golden Greens Golf Course and ITC Golf Course at Gurgaon apart from practicing near the banks of Yamuna river in Delhi. Khan also has not been allowed to train at Delhi Golf Club since 2018 due to ‘disciplinary’ issues. “During the lockdown, I did not train and with no tournaments happening, I started practicing martial arts. When I started playing golf again, there were issues like hitting the ball accurately and some technical issues, which improved as I worked on my basics. Apart from practice rounds at ITC and Golden Greens, I also practiced near the Yamuna bank and also sought tips from golfer Ashok Kumar,” said Khan.

This week’s PGTI Players Championship will also see golfers playing at PGC and CGC on consecutive days and Khan finds the challenge as an interesting one apart from playing in the new ‘normal’ with masks and social distancing measures. “My nephew is 16 months old and I would take all the preventive measures before and after my practice rounds to prevent any kind of infection. As players, we understand that all the measures for the tournaments are for our good. About the challenge of playing on two different golf course, I find the challenge fun and my aim will be to tackle the conditions day by day,” concluded Khan.